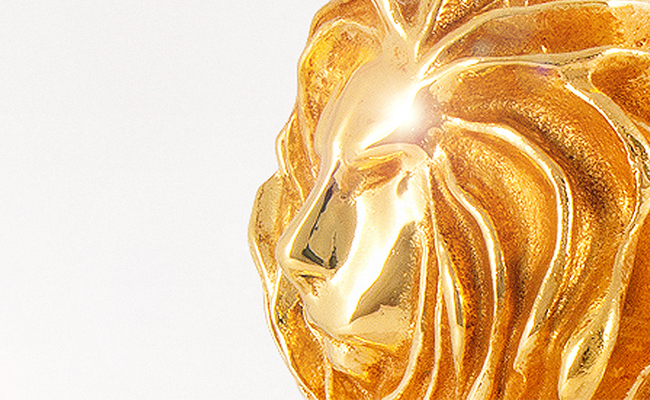 All creative ideas set out with the goal of being effective – and many effective campaigns have some element of creativity about them. So what set the winners of the Creative Effectiveness Lions apart when they were announced on-stage at Cannes last night? What is it about these campaigns that took the results of their creativity to another, exponential level?

As the Jury president, Coca-Cola’s Wendy Clark, put it: “It’s easy to find work that combines the lowest common denominators of creativity and effectiveness. But we were looking for the highest intersection of the two. We believe that creativity is a business driver and that art and commerce should never be separated.” In other words, these weren’t just creative campaigns that happened to work; they were campaigns where all elements of success were entirely the result of creative thinking; and where creativity was so expertly and strategically focused that it could do little other than succeed.

Here are five lessons that I’ll certainly be taking away from this year’s Creative Effectiveness winners:

When you read through the Creative Effectiveness awards entries there’s a clear and consistent correlation between the precise nature of the brief they were working to and the success of the campaign. And as if to prove the point, the Grand Prix-winning Live Test campaign for Volvo Trucks came with the most focused brief of all: demonstrate the superior steering of the trucks in a way that could maximize mainstream awareness and therefore couldn’t fail to build awareness amongst the core target audience. It may have been a hugely ambitious and hugely unconventional brief for a B2B campaign, but it was completely clear about what it wanted to achieve and how it would achieve it.

It’s noticeable just how many of the Creative Effectiveness winners had very little budget to work with. In fact, with the exception of the Gold-winning John Lewis ‘Bear and the Hare’ ad, all of the Grand Prix, Gold and Silver winners were working with a pittance in media spend terms. And yet Volvo Trucks secured earned media exposure of €115,000, Honey Maid Graham Crackers (Gold) landed a quarter of a billion social media impressions, the Bald Cartoon campaign encouraging support for children undergoing cancer treatment (Silver) reached 120 million Brazilians, and Newcastle beer (Silver) successfully hijacked the Superbowl. There’s overwhelming proof here of something that several creatives have pointed out this week: constraints are a gift to creativity, and we should embrace them as such.

Anchor in brand values – just be prepared to reinvent them

Budget isn’t the only constraint under which these campaigns were happy to operate. Their immense success is hard to separate from the fact that they were happy to root creative ideas in brand values and product features that might not seem immediately inspirational to many. It’s this relevant, focused creativity that has been the cornerstone of their success. Volvo Trucks’ epic films were a response to a brief about steering control; the agenda-setting ‘This is wholesome’ campaign for Honey Maid was a traditionally conservative brand sticking to its core, historic values – but being prepared to reinvent them with spectacular effects.

It’s perhaps not a surprising conclusion to come to at Cannes – but creativity has to dare to be different in order to deliver results. That involves both creative people and the brands they work for putting themselves on the line – and this can take many forms. The Bald Cartoons campaign took what was essentially a huge risk by relying on the engagement of cartoonists with the idea to give it its critical viral momentum. John Lewis took a risk through going all-in on a full animated short film, when its rivals bidding to own Christmas in the UK were serving up more predictable festive ads. Honey Maid owner Mondelez International and agency Droga5 were ready and willing to embrace the negative social media reaction that they knew their campaign would generate.

I’m very happy that Volvo Trucks drove off with the Grand Prix in this category, because it proves something that we’ve been making the case for at LinkedIn for some time: creativity, and creativity that delivers spectacular results, isn’t limited to B2C brand advertising. There is no marketing challenge or advertising brief that cannot benefit from challenging convention, pushing boundaries and applying genuine, original thinking. DirecTV’s Silver-winning campaign proved this in its own way, spurning the price-led messaging that Direct Response campaigns usually rely on, and focusing on product benefits instead.

Just how effective did the creativity of these campaigns turn out to be? Here’s just an edited list of highlights: Volvo Trucks best year of sales ever on the back of awareness levels lifted north of 80%, a 7-fold return on advertising investment for John Lewis and a 10-fold increase in value for Honey Maid.

Now those are some lessons worth learning.