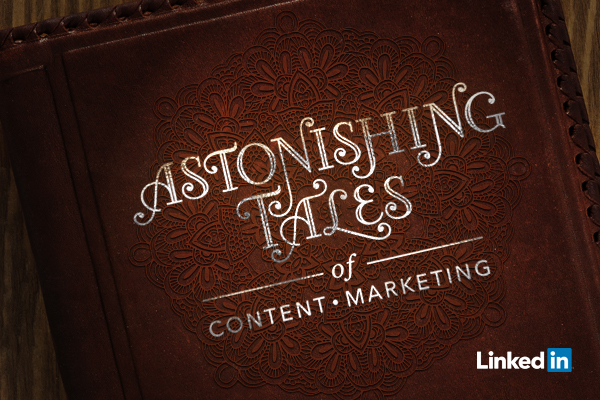 Editor's Note: Welcome to Astonishing Tales of Content Marketing, a new series in which we reflect back on the marketing pioneers who paved the way long before us. These stories are packed with lessons from folks who were killing it with content marketing before it was cool. Our first feature, is of course, Betty Crocker.

Before content marketing had a name, there were brands using content to connect with their audience in innovative ways. As content marketing becomes a more crucial part of the marketing mix, it’s helpful to look back at these proto-content-marketers for inspiration and advice.

For this installment of Astonishing Tales of Content Marketing, we focus on the Washburn Crosby Company. In the service of selling flour and other baking ingredients, they inadvertently created a cultural icon who is still going strong, 90 years after her first appearance. Read on to learn the history of the Queen of the Kitchen, the Countess of Cakes, the Duchess of Dessert: Betty Crocker. 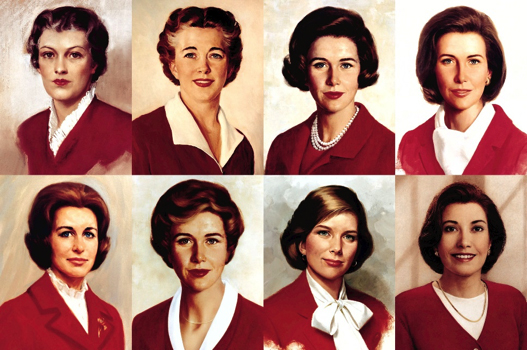 Betty Crocker’s origin story starts with the Gold Medal Flour Company, a subsidiary of Washburn Crosby. In 1921, they ran a contest for their customers: Complete a jigsaw puzzle, mail it in, and receive a pincushion shaped like a sack of flour.

Gold Medal received thousands of responses. Unexpectedly, many of the responses came with cooking questions from struggling homemakers. The all-male management team at Washburn Crosby thought their audience would better relate to a woman giving cooking advice, so they created a character who could relate to their audience.

Washburn Crosby named their new spokesperson Betty Crocker. “Betty” because it seemed like a wholesome all-American name, and “Crocker” after Warren G. Crocker, a recently-retired director at the company.

Betty Crocker answered thousands of letters, giving expert advice sourced from the women on Washburn Crosby’s payroll and the stay-at-home spouses of the men on staff. At the bottom of each letter, she signed a signature chosen through an office-wide competition.

Washburn Crosby bought a struggling radio station in 1924, and used it as a platform for “Betty Crocker’s Cooking School of the Air.” The show was so popular locally that they syndicated the scripts to other stations, with a different actress reading Betty’s lines in each local market.

Three years later, the NBC radio network picked up Betty’s cooking show, where it ran for a quarter of a century. Over a million listeners tuned in each week for recipes and cooking tips.

To keep Betty stocked with good advice, Washburn Crosby employed a team of home economists. They tested recipes, came up with new ways to use the company’s products, and made sure Betty’s reputation was ironclad.

In 1941, the first Betty Crocker branded foods hit grocery stores. Betty lent her seal of approval to easy-to-make soup and cake mixes. With her sterling reputation to back them, Betty’s line of products flew off the shelves. A survey at the time found Betty was the second most well-known woman in America, second only to Eleanor Roosevelt.

The U.S. Office of War Information enlisted Betty to help homemakers cope with war rationing in 1945. She hosted a radio program called “Our Nation’s Rations” for four months, supplemented with leaflets full of ration-friendly recipes. In addition, the Office distributed seven million copies of a Betty Crocker-branded ration recipe booklet called “Your Share.”

1950 and Beyond: Betty Rules the Media

The first Betty Crocker Cookbook was published in 1950. It is currently on its 11th edition, with over 250 other branded cookbooks published since then. Betty began publishing a recipe magazine in the 1980’s as well, and new issues hit supermarket checkout stands every month.

Betty—played by a number of different actresses—made guest appearances on TV shows throughout the 50’s and 60’s, cooking for George and Gracie Burns, among many others. Her own cooking show ran for two seasons.

Today, Betty is still going strong, with over 200 grocery products bearing her name and iconic red spoon. Betty also has her own website and YouTube channel, where her instructional cooking videos have over seven million views.

Betty Crocker has been around longer than Mickey Mouse, but her name still sells cookbooks and cake mix to this day. From her humble beginnings, Betty became a household name and an enduring cultural icon. That’s a truly astonishing tale of content marketing.

For more content marketing inspiration, check out Behind the Content to explore how (and why) some of the most innovative pieces of content came into existence.