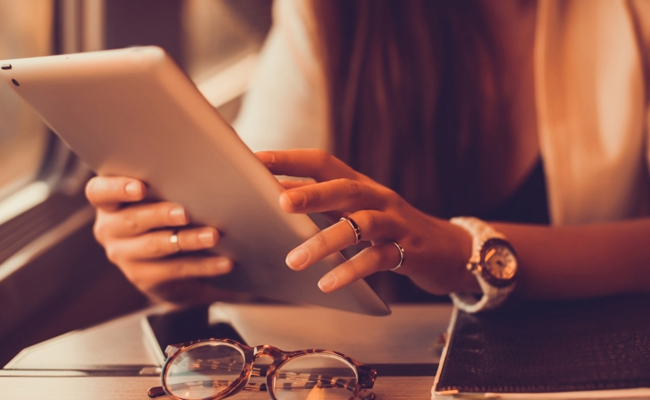 Since the dawn of capitalism, marketers have known in their gut that advertising works. Proving it, however, has been different matter.

This dilemma is best summed up by the quote attributed to 19th century retailer John Wanamaker: “Half the money I spend on advertising doesn’t work. The trouble is, I don’t know which half.” 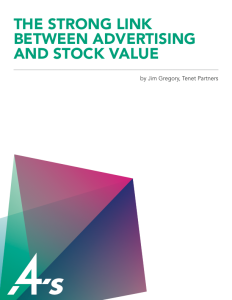 Today, marketing automation software and other data-driven technologies have brought marketers closer than ever to proving the ROI of advertising and other marketing expenditures. But even before the rise of the digital age, Jim Gregory wrote a report for his branding firm, CoreBrand, that proved advertising was a good investment. The report, originally published in 1997 with the title “The Impact of Advertising on Stock Performance,” showed that advertising contributed 30 percent to a company’s brand value, which in turn contributed an average of about 5 percent to the typical company’s market capitalization.

CoreBrand became part of Tenet Partners last year, and today Gregory is chairman of the company. This week, he and the American Association of Advertising Agencies published an updated version of the report. The new edition, called “The Strong Link Between Advertising and Stock Value,” continues to make the case for the financial soundness of advertising.

Gregory is uniquely qualified to make this case. Since 1990, CoreBrand and now Tenet have interviewed thousands of business decision makers every month and quizzed them on their familiarity with and favorability toward hundreds of publicly-traded companies. Over the past 25 years, by matching these familiarity and favorability ratings with advertising spending figures tabulated by Kantar Media and with fluctuating prices on the major stock exchanges, Gregory’s team has been able to gauge the broad impact of advertising on brand power and stock valuation.

In the report, Gregory writes, “A longitudinal analysis of 220 public companies in CoreBrand’s database reveals that brand image has a direct impact on earnings growth and stock performance.” Gregory’s analysis shows that brand image, even in 2015, typically accounts for 5 percent to 7 percent of company’s market capitalization. And in the case of Coca-Cola, for instance, brand image accounts for 21 percent of the company’s stock value. In the high stakes world of Wall Street, even a five percent contribution to a company’s market cap often adds up to billions of dollars.

Gregory remains puzzled as to why more top executives don’t invest in advertising when the correlation to stock performance seems so clear. “With many events, such as economic uncertainty, falling outside the control of a public company,” he writes, “it would be foolish to discount advertising, a relatively sure thing that can improve the company’s valuation.”

To anyone who thinks this advertising prescription is quackery, Gregory points to an iconic advertising campaign featuring a duck that led to a soaring marketing capitalization for Aflac. The Aflac duck campaign debuted in 2003. Back then CoreBrand’s research showed that Aflac had a familiarity rating of 56 percent and a favorability rating of 64 percent. Seven years later the company’s familiarity rating reached 71 percent and its favorability rating reach 70 percent, which reflected an elevated brand image.

More importantly, Gregory makes the case that the increase in brand image fostered by Aflac’s advertising campaign led an increase in the company’s value on Wall Street. In 2002, Aflac’s brand equity accounted for 6.4 percent of its market capitalization, or about $940 million. By 2010, even after weathering the deep recession, Aflac’s brand equity had risen to 12.8% and accounted for $3.36 billion of the company’s market cap.

And Gregory says that it’s not just advertising, but all communications that can impact a company’s brand perception and ultimately its overall valuation. In addition to the 30 percent of brand image impacted by advertising, Gregory estimates that the combination of public relations, investor relations, employee relations, and social media account for another 23 percent of impact on brand image.

“I’m still amazed at how CFOs and other people in the boardroom dismiss branding and marketing, saying, ‘That’s just an expense, there’s no value to it,’” says Gregory, who has proven what John Wanamaker always suspected: Advertising works. (The report can be purchased in the 4A’s bookstore).

Citrix has named Tim Minahan as its CMO. He was most recently CMO of SAP Cloud and before that he was the CMO of Ariba.