B2B Beat: How to Get Noticed When You're the New Guy on the Block 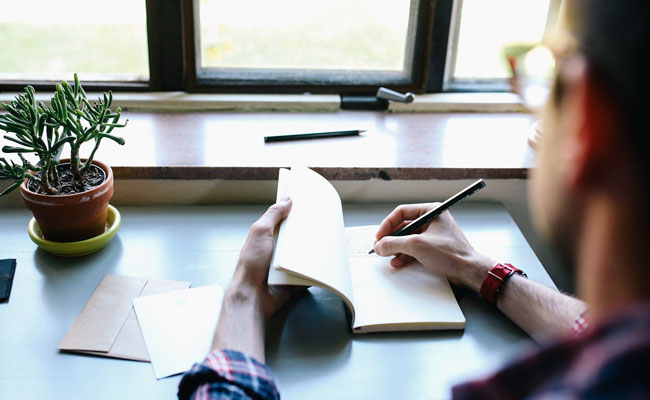 This week's post for B2B Beat was contributed by Dan Pastuszak, Head of Customer Acquisition and Lifecycle Marketing, North America, for LinkedIn.

Whether your company is a fresh-out-of-the-gate startup or a well-established multinational enterprise, the challenges of breaking into a new market space are more or less the same. You need to develop leads. You have to establish credibility. Most importantly, you need prospective customers to know you’re there, with a solution to offer.

That was the situation Alcatel-Lucent found itself in in 2014.

The go-to provider of IP networking, ultra-broadband access, and cloud technologies for network operators around the world realized many of its solutions also met the needs of very large enterprises whose networks have grown nearly as big as — and in some cases bigger than — those of national service providers.

To capture attention and put a stake in the ground, the company made a bold content marketing decision: to produce a humorous web series about an enterprise Chief Information Officer whose headaches reflect the everyday reality of enterprise CIOs.

The series — called The New Guy — has had more than 500,000 hits on YouTube since its launch in winter 2015. The Twitter account of the fictional CIO at the centre of the storyline, Alex, has upwards of 1,500 followers. And a new series is currently in the works.

LinkedIn: Where did the idea come from to do a web series about a beleaguered CIO?

Brendan Ziolo: We knew we had to do something big and different to be recognized. We were coming into an area where we weren’t as well known and had to grab attention. The video agency we worked with had been a partner of ours for a long time and was really keen to do something creative. We saw this as an opportunity to go out on a limb and do something non-traditional.

LinkedIn: Did you have specific goals starting out?

Brendan Ziolo: Building awareness was a big chunk of what we were after. Views on YouTube, followers on Twitter, that kind of profile. People say it’s hard to measure the impact of content marketing but I’ve never really thought that was true. It may be hard to tie it directly to a revenue figure, but you can see it as a contributing factor. If 10 people at a company you just signed a contract with previously viewed your video or downloaded your eBook, it’s reasonable to assume it shaped their thinking.

LinkedIn: Was it hard to get internal buy-in?

Brendan Ziolo: Yes and no. Obviously, there are always going to be people wondering, “How can we make a video and never mention our products?” or who are worried about the returns. But because this was a new market for us everybody knew we had to make an entrance, and in fact we had a lot of support. In my experience, you need senior people to understand the benefits and risk and let it happen, not interfere too much. When things are riskier people tend to clamp down, but we had a good group.

LinkedIn: What were your follow-on activities?

Brendan Ziolo: So, awareness raising was our number-one, but we were also focused on lead-gen. After the fourth episode had been posted, we launched a webinar series tied to The New Guy. Our call to action was that if Alex’s problems sound familiar, you might be interested in hearing what we have to say. Talking about marketing impact, I am certain those webinars would not have been as well attended without the videos paving the way.

LinkedIn: You also used LinkedIn to promote the series, is that right?

Brendan Ziolo: Ultimately, our target audience is CIOs and their teams. LinkedIn is the best social media for B2B, for reaching senior execs. We did paid promotion on LinkedIn, it was a good platform for us. Twitter was the other big social media vehicle. We created an account for Alex, our New Guy character. I’ve never heard of a Twitter account for a fictional CIO having more than 1,500 followers, but that’s what we got. And from the people who we saw were following, we hit our target market very well.

LinkedIn: What’s up for the next iteration of The New Guy?

Brendan Ziolo: This year we want to focus more on lead-gen versus brand awareness. We’ve shifted that priority. Now we’ll leverage the earlier success and tie the series more tightly to how we solve the problems Alex faces. That means going deeper into the issues, with more follow-on activity — after each episode. We’re just at the prep stage now but I’m excited about it. And we’re bringing back people’s favourite characters, which will be lots of fun.

You can catch Alcatel-Lucent’s The New Guy here.

StubHub has named Jennifer Betka as its new CMO. She joins Stub from Wikia, where she was a senior vice president and oversaw marketing. She previously held marketing and management positions at The Los Angeles Times, Sirius Satellite Radio, Time Warner, and AOL.

For more information on how to use LinkedIn to promote your company's products and services, download the Sophisticated Marketer's Guide to LinkedIn.