B2B Beat: Rock and Roll Goes B2B and Other Takeaways from the SiriusDecisions Summit 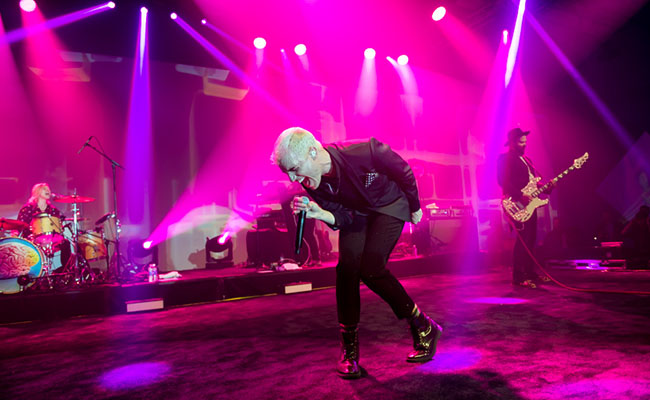 The SiriusDecisions Summit pondered some burning B2B questions, such as the nature of the buyer’s journey and how to create more effective content marketing. And because it was Nashville, the Summit also featured some music, including a performance by the Neon Trees. Earlier this week, we compiled six takeaways for marketers from the Summit’s first two days. Here are three seriously solid takeaways from the Summit’s final two days:

1. The death of the B2B salesperson has been greatly exaggerated.

Forrester Research recently predicted that 1 million B2B salespeople will lose their jobs by 2020, thanks to ecommerce. But SiriusDecision’s Marisa Kopec and Jennifer Ross said not so fast. The pair presented a study of the buyer’s journey which concluded that the B2B salesperson still plays a critical role in the buyer’s journey. The study found that about 51 percent of the buyer’s journey is conducted digitally, while the other 49 percent involves human contact – which includes face-to-face meetings, phone calls, and some digital communications, such as non-automated emails. The study identified three kinds of buyer’s journeys:

In each of these sales, a mixture of digital and human contact was essential, Kopec and Ross said. A committee sale typically requires 17 interactions with nine of those contacts being human, usually made by a salesperson or a product manager. A consensus sale averages about 14 interactions with eight being human contact. And an independent sale has 11 interactions, with six being human. The SiriusDecisions study concluded that the salesperson remains critical to getting deals done, as does sales and marketing alignment: If both departments interact with customers, their stories must sync. The study also supports the concept of full funnel marketing and reaching prospects throughout the entire buying process. “This is why we do integrated campaigns and multi-channel nurture streams,” Kopec said.

2. Your content marketing can be more efficient. And more effective.

SiriusDecisions made the case that many companies don’t have a “huge blind spot” when understanding how much they spend on content marketing. Marketers tend to have a good handle on how much they’re spending with outside agencies who help them write and design content. But marketers don’t completely grasp how much they’re spending internally on content creation. Based on its own survey data, SiriusDecisons estimated how much companies spend on external agencies for content creation:

SiriusDecisions makes the case that a percentage of this spending is wasted. In particular, it found that spending was wasted on content that was either “unfindable” or “irrelevant.” Here are estimates of how much waste may be contained in a company’s content marketing efforts:

By casting a closer eye on the hidden cost of internal content, companies can become more efficient. Companies can also be more effective with their content marketing by using personas. SiriusDecision made the case that too much content marketing is product focused rather than persona focused. Put another way, too much content is told from the marketer’s viewpoint when it’s more compelling when told from the customer’s viewpoint. SiriusDecisions presented an Oracle case study, showing how the software giant worked to make personas a part of content creation. Among the results of this persona-based approach was an increase in email open rates to 27 percent from 22 percent.

Neon Trees, a band whose hits include “Animal” and “Everybody Talks,” played a private concert for SiriusDecisions Summit attendees. It used to be that a rock and roll band that wouldn’t be caught dead being affiliated with the corporate world. Could you imagine The Who, circa 1969, playing “My Generation” at a General Motors sales meeting? But times have changed: Metallica played at a Salesforce.com event, and OneRepublic played at Microsoft Convergence.

One reason for the change is simple economics. The digitization of songs has exploded the music business’s business model, and bands make money by performing – which includes playing corporate gigs. Another reason is that the images of business and rock and roll have grown increasingly similar. The rise of technology, Silicon Valley, and companies like Apple have given business a coolness factor it rarely enjoyed in the past. At the same time, 'rock and rollers' are celebrated less as counterculture figures and more as entrepreneurs. Case in point, David Meerman Scott’s book on the business acumen of The Grateful Dead, “Marketing Lessons from the Grateful Dead.” Rock and roll is just adapting to the times. Or, as The Who put it, “Rock is Dead. Long Live Rock.”

Convergex, a brokerage and trading related services provider, has named Kelli Annequin its new CMO. Prior to joining Convergex, Annequin held marketing roles at Jane Street, Knight Capital Group, and Citigroup As part of her new role at Convergex, she will be a member of the company’s executive committee.

SiriusDecisions’ research into the B2B buyer’s journey concluded that marketers must integrate campaigns to reach prospects throughout the journey. The best way to accomplish this is via full funnel marketing. To learn how to implement this approach at your company, download our new guide, The Sophisticated Marketer’s Crash Course in Full Funnel Marketing.