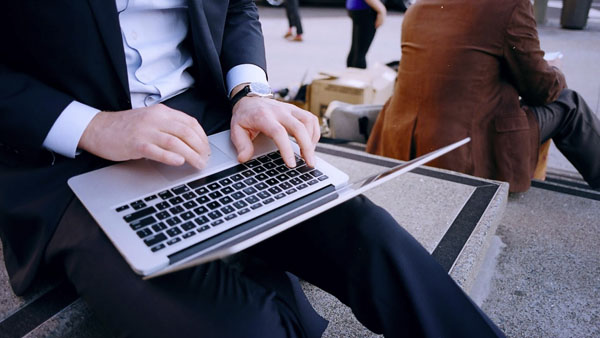 Every year when Mary Meeker releases her Internet report, it’s like Christmas Day for the business press. Reporters love statistics, and “Internet Trends 2015,” the recently released report by Meeker, who is a partner at Kleiner Perkins Caufield & Byars, is jam packed with amazing data about the adoption of digital technologies. The report is also full of staggering implications on how these technologies will transform the future.

Much of the coverage of Meeker’s 196-slide deck focuses on how the Internet is transforming the consumer world – with sections devoted to retail, games, apps, and other consumer oriented trends. In this blog post, however, we’re going to examine the implications of Meeker’s research for the B2B marketing world.

Here are seven trends from Meeker’s report that B2B marketers should pay attention to:

Mobile’s growth is jaw dropping.  Mobile users have increased from 80 million people in 1995 to 5.2 billion in 2014, or from 1 percent population penetration to 73 percent in just two decades. Americans now spend more time accessing digital media on their phones (2.8 hours a day), which is more than on the desktop (2.4 hours a day). Almost nine in 10 millennials say their phone never leaves their side, day or night. To reach their customers, B2B marketers have to adapt to this mobile world. So far, few marketers are. With mobile taking 24 percent of the time Americans devoted to media in 2014, it is only commanding 8 percent of ad dollars.

Print will get punched again.

Don’t kid yourself: Print is hurting. Meeker’s report shows that Americans spend just 4 percent of their time spent on media; yet it still commands 18 percent of ad dollars. That will change. If you’re a marketer looking for dollars to shift to mobile, you might find that money ready and waiting among the budget you allocate to trade magazines.

Think beyond the Lower 48.

It’s a big world out there, and Meeker’s report shows how big the opportunity is for B2B marketers – but they’ll have to focus on digital to reach prospects outside the U.S. China leads all countries in Internet users with more than 640 million. India leads in new Internet user additions; it added 63 million users in 2014. The Web – particularly the mobile Web -- is second nature for the populations in these countries. About 550 million people in China can pay their water bills, apply for passports or use other government services via Tencent WeChat. In India, 41 percent of ecommerce is mobile.

Software is eating the (B2B) world.

Meeker’s report drives home the point that software is no longer just making business more efficient; it is transforming business. In her report Meeker references a Tweet by Aaron Levie, in which he said, “Enterprise software used to be about making existing work more efficient. Now, the opportunity for software is to transform the work itself.” Meeker cites a handful of examples, where new software has virtually erased business “pain points”: DocuSign, whose digital signature technology is transforming how contracts are processed; Square, which is altering digital transactions; and Domo, which is changing how executives visualize data.

It's time to make UGC your BFF.

User generated content has quietly taken over the Internet. For instance, user-generated videos from the Coachella music festival had more than 40 million views in three days in April of this year. Airbnb had 14 million user-generated reviews in the past 12 months. Meeker doesn’t even mention LinkedIn, where users are generating more than 50,000 long-form professional posts every week.

Nine percent of United States retail sales are ecommerce, up from 1 percent in 1998, according to Meeker’s report. Ecommerce appears to be even more prevalent globally with companies such as Alibaba driving the growth. Marketers in the B2B world should be preparing themselves for more ecommerce. By process of osmosis, consumer experiences are moving to B2B.  “Consumers’ expectation that they can get what they want with ease and speed will continue to rise,” Meeker said.

The Internet eats its young.

Change is a fact of the digital world, and B2B marketers must embrace it. Of the 20 Internet companies with the largest market capitalizations in 1995, only one – Apple – remains in the top 20 as of December 2014. Netscape, RentPath, and Web.com have fallen, replaced by the likes of Google, Alibaba, and Netflix.

Here’s what every B2B marketer should take away from Meeker’s “Internet Trends 2015”: Companies that don’t change with the times – or drive that change themselves – are in danger of being overrun.

Kargo, a mobile brand advertising company, has named Terri Walter as its first CMO. She was previously CMO at PubMatic, global brand director for Microsoft Advertising, and an executive at Razorfish.

One area of B2B marketing that is changing rapidly is lead nurturing. The Sophisticated Marketer’s Crash Course in Lead Nurturing will get you up to date on how to build a modern lead nurturing program, from segmenting your audience to incorporating multi-channel nurturing. Download this guide today.