Every once in a while the B2B Beat gets out from behind the laptop, takes a trip, and reminds ourselves that it’s a great big world out there. A great big world full of B2B advertising.

The B2B Beat took a transatlantic trip earlier this month, and when walking through the world’s most famous airports, we tend to keep our eye out for trends in B2B marketing. It’s a compulsion. While flying out of Charles De Gaulle Airport, we witnessed a trend of B2B marketers emphasizing utility and customer experience.

Here are three examples the B2B Beat noted while heading back to the States:

AXA, a Paris-based financial services company sponsored two useful communications tools for travelers. First, AXA ran video ads on the JCDecaux television monitors that reintroduced business travelers and vacations to the news of the world they may have missed during their peregrinations. AXA ran a spot on that underscored the company’s ability to quickly pay insurance claims to businesses. The subtitle read, WHAT. And after struggling to get online via mobile phone in the French countryside, the B2B Beat found it a relief when AXA underwrote the free wi-fi service in the airport. Again, by sponsoring wi-fi access, AXA was doing some marketing, but it did so by being useful. 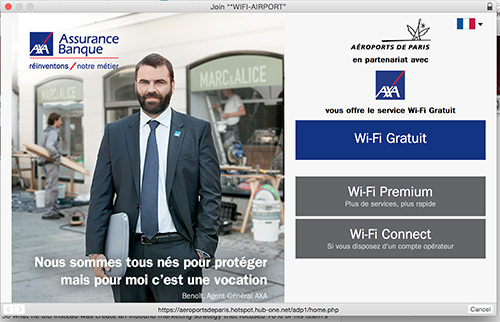 HSBC, another European financial services company, is a big believer in marketing in airports. Its airport posters target travelers throughout the world. At Charles de Galle, HSBC’s logo resides on the outside of numerous jetways. Those jetways are pretty useful – they are the pathway to the plane. Generally, the people in the jetway have good associations, because they are heading to their destination or heading home. For HSBC, the jetway is a good place to be. 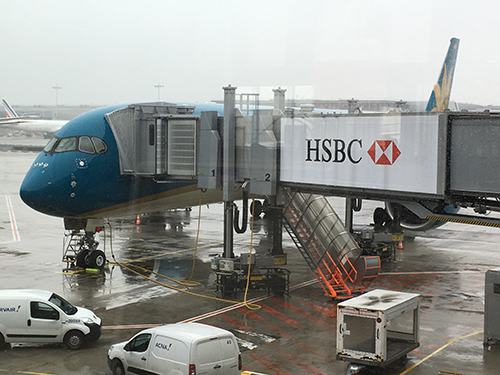 Billboard, the music industry trade publication, had an understated but incredibly useful marketing presence on the Air France flight back to the United States. The free headphones to access the music and movies on the flight were contained in a bag prominently displaying the Billboard logo. It seemed quite appropriate, and those headphones delivered a positive customer experience as the B2B Beat watched (and listened) to “The Big Lebowski” to enjoy at least two hours of the 10-hour flight. Thanks to the Billboard headphones, we know that the Dude still abides. And so does the B2B Beat. 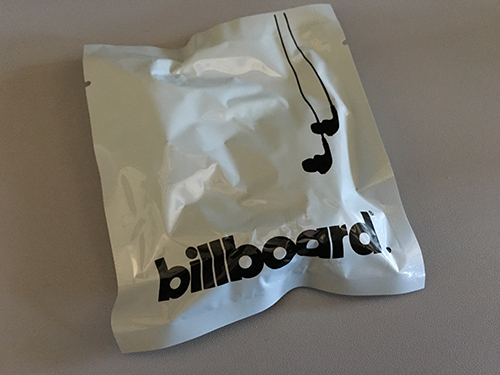 If you’re a marketer looking for useful content, look no further than this blog. Subscribe to the LinkedIn Marketing Solutions blog today.