B2B Beat: How a Company in Turkey Reaches Its Audience Using LinkedIn

LinkedIn helps companies of all sizes. It helps big companies. General Electric, for example, which has about 300,000 employees, has 1.1 million followers on its LinkedIn Company Page, and CEO Jeff Immelt, GE’s chairman-CEO, is a LinkedIn Influencer, and recent post of his about Democratic presidential candidate Bernie Sanders had received 2,582 Likes and 376 comments as of this writing.

Linkedin also helps SME’s or small businesses – around the globe — communicate with their target audience. Here’s the story about how Timex Filtration and Water Systems, a B2B company with about 50 employees and located in Ankara, Turkey, used LinkedIn to:

Ahmet Caner is Timex Filtration and Water Systems’ business development and marketing manager. Caner first connected with me in December of last year to discuss data-driven marketing, small businesses, and marketing on LinkedIn. Since then, we’ve talked on the phone, traded emails, and participated in video conferences. He told me how he learned about data-driven marketing, account-based marketing, and LinkedIn while he was an MBA student in the United States at Shippensburg University in Pennsylvania. 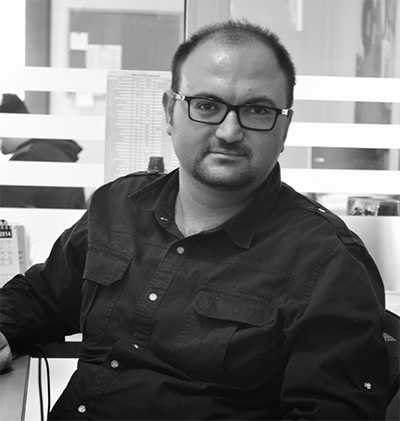 Communicating efficiently with the target market

With its water filtration systems, Timex serves the oil and gas, energy, and desalination industries, especially in the Middle East and Northern Africa. Companies such as BP and Total Oil use Timex’s products. To reach these giant companies and the subcontractors that serve them, Caner considered the more traditional means of reaching them: cold calls, direct mail, trade shows, trade publications. But ultimately he decided on a route he believed would be more efficient: advertising on LinkedIn. “Since we are a small business, we have to use the marketing budget smarter than the big boys,” Caner said.

In his first foray on LinkedIn, he used the self-service campaign manager to run Sponsored Updates and text ads targeting his audience in Saudi Arabia. At first, success eluded him. “Frankly, speaking of the CTR (click-through-rate) the first couple of campaigns were not good enough,” Caner said. But he optimized the campaigns, which were aimed at water-related engineers located in Saudi Arabia, by targeting different industries, company sizes, titles, and skills until — very quickly — the ads started to perform, and the CTR increased by 4x, rising from 0.7 percent to 2.89 percent. The campaigns, Caner said “put very valuable prospects into our pipeline.”

With the lessons he learned in targeting Saudi Arabia, Caner turned Timex’s sights on Abu Dhabi of the United Arab Emirates. In this country, Timex targeted about 50 high priority companies as well more than 200 subcontracting companies. With a single campaign on LinkedIn Marketing Solutions – for which Caner estimated he spent under $500 – he gained followers for Timex’s LinkedIn Company Page, including a handful of “remarkable prospects,” who can lead to deals in the hundreds of thousands of dollars.

“We’re spending for a single campaign usually $200 to $250, and we are able to reveal our filtration technology to a specific audience with engaging content. High quality prospects have turned into followers, which means we’ve created a healthy pipeline, and we have opportunity engage these followers to discuss their needs that could be solved by our product and services. By establishing these relationships we’re able to begin moving these high value prospects through the funnel by offering them white papers, webinars, presentations, or a meeting request. With this strategic approach, at the end of the sales cycle, we are able to harvest more successful contracts” Caner said.

The most compelling thing Caner told me in our conversations — which should also be the most compelling thing for other marketers — is that LinkedIn had led directly to revenue for Timex. Caner’s story is an interesting case that shows the power of using LinkedIn, no matter if you’re a small business or far outside of the United States. For Caner the bottom line is this: Delivering precisely targeted messages to right audience delivers powerful results.

To try your own hand at LinkedIn’s native advertising, we’re offering you a $50 credit on your first LinkedIn Sponsored Updates campaign.