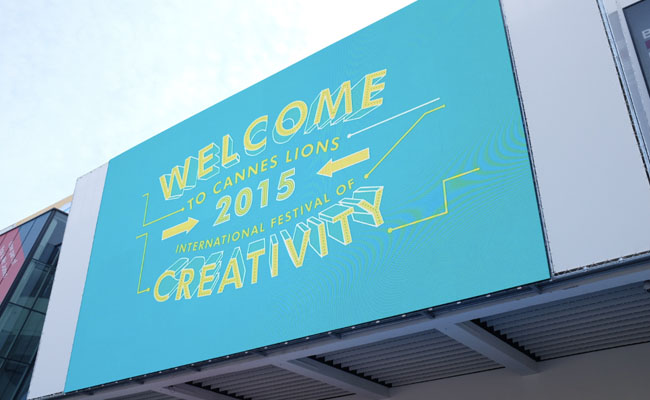 Creativity has never just happened. It’s always been about adopting approaches to life that can free your mind to think differently, and turn the possibilities of the time into ideas to move, engage and inspire. From prehistoric cave painters to great composers or brilliant coders, those possibilities keep changing. And at Cannes Lions International Festival of Creativity it was clear that they’re changing faster than ever.

The intersection of digital and creativity has the potential to go one of two ways. It can empower creativity like never before – or it can deliver an assault on creative routines that can prevent us making the most of the opportunity. Jessica Walsh’s session on the Creative Renaissance at the Palais on Monday included a heartfelt film of a smartphone being smashed to bits by a hammer, which succintly summed up the point. The challenge for creativity in the digital age isn’t just grappling with data, social and mobile; it’s finding new ways to preserve the time and space to be creative.

Here are four lessons to take away from Cannes today when it comes to re-engineering creativity for the digital age:

Walsh brought her own piece of big data to the stage: a graph showing how the quality of her creative work goes up in direct proportion to the amount of fun she has doing it. She described play as a state of mind when you experience a perfect balance of challenge and opportunity; a flow state that’s uniquely suited to free, innovative thinking but which is increasingly elusive to achieve. As Picasso put it, every child is an artist – the challenge is to remain one when you grow up. Walsh described plenty of tricks to put to help foster creativity. She recommended pushing back on the demands of digital working routines: giving yourself the confidence to fail and take risks and, just as importantly, the time in which to do it.

Creativity has had something of an ambivalent relationship with data, but the vibe at Cannes this year shows things have changed. Data today can be both powerful source of inspiration and a versatile medium for bringing that inspiration to life. However, it needs help from the creative mind (and from creative routines) to get that way.

In his talk at Cannes Gerry Graf recommended following the example of Mad Men-era advertising great Bill Bernbach or 1950s sci-fi author Ray Bradbury. Both of this men let their subconscious do the work. Graf described the importance of absorbing as much relevant data as possible, and then switching off to enable your brain to make creative connections between ideas. “Embrace data, but make sure you spit back art, ideas and insights, not just more facts,” he said.

Dentsu’s sessions on the creative use of data are becoming something of a Cannes staple – and the agency’s Koichi Yamamoto had plenty of inspiration to offer when it came to turning data into far more than simple facts. Using Honda in-car telemetry to recreate a record-breaking Ayrton Senna lap from 25 years ago, complete with the engine sounds and a moving light to visualize the car on the track, was the standout in a wealth of examples Dentsu provided that focused on “creating emotion from data.”

Break down the creative silos

Creatives no longer have to be defined by one skillset or one role, argued Walsh. You no longer need to define yourself as a graphic designer versus an illustrator, versus an animator, versus a copywriter. Rather than sticking to a particular medium, creative people can be encouraged to roam widely in search of inspiration and ideas – and forward-thinking organizations know to value creative thinking from any source.

Even, sometimes, from outside of the traditional creative department. Dentsu’s emotional application of data takes this a step further, calling for “collaboration with a wider creative community,” that includes “hard-core technologists.” An open-source approach to bringing ideas to life will be fundamental to the next era of creativity.

Be ready to fail in the pursuit of standout

The Hollywood Reporter’s Scott Roxborough said content is being commoditized. In this environment, only true creativity can be king, because only by breaking the rules and creating something unique can you enable content to stand out. Actress Viola Davis, the star of hit new U.S. show Getting Away with Murder, then outlined what creative people must be prepared to face up to, in order to standout: “We don’t look at other actors and say, ‘Let’s just do what they’re doing.’ We interpret life how we see it. And to do that you have to be comfortable with the idea of failure; it’s only when you’re liberated from that that you find your voice as an artist.”

It was a theme that ran throughout Cannes today. For Walsh, the all-important culture of play is about creating a mental space where it’s okay to fail. “To what extent can technology move people’s hearts?” asked a film at the Dentsu session. “Let the trial and error begin here.” Bringing digital, data and creativity together will be an exciting journey – and it’s one that needs free-thinking, open minds to be navigated successfully.