Cannes Lions Report: Why Intention Is Critical for Marketers [Day 2] 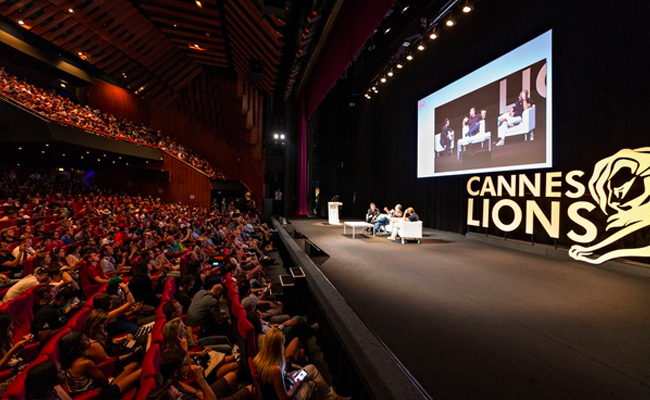 At a first glance, the morning sessions at the Cannes Lions International Festival of Creativity on Tuesday seemed to have a clear focus on innovation: explorations of technology, data, artificial intelligence, and collaboration.

But Pharrell Williams, who collaborated on the mega hit “Get Lucky” with Daft Punk, put another “I” word on the agenda: "Intention." It ran through most of what he had to say in his one-on-one with Ryan Seacrest. And it felt like the real subject of every session afterwards.

Intention has never been more fundamental to what brands and marketers do. It is the lightning rod around which collaboration happens; and it builds movements that can define companies and outlast simple advertising strategies. In its absence audiences increasingly switch off – and innovation efforts and trust levels start to stumble. Read on for three intentional takeaways from Day 2 at Cannes Lions.

The litmus test for millennials – and the minimum requirement for collaboration

In our Day 1 takeaways, we wrote about how creativity depends on new types of collaboration to make the most of data and technology. Pharrel Williams was in Cannes to discuss how it happens – and he made the case that it all comes down to intention. He spoke about how he didn’t write his hit “Happy” thanks to a creative lightning bolt, but because he had a clear purpose from the “Despicable Me 2” film script to work to; how the same clarity of purpose allows him to multitask and make collaboration possible; and about how baking intention into any creative endeavor is the secret ingredient that persuades audiences to try something different:

“In music, millennials know that you don’t really mean it when they can’t hear the intention – and that raises the stakes; it’s like when you see a film that looks good and has all the right actors, but there’s just no intention there.”

For Williams, intention isn’t the same as being vaguely “authentic”, a term we’ve heard a lot of in marketing recently. It’s something much more specific: knowing exactly what you are trying to achieve and why, fearlessly building a solution around it, and then trusting that your expression of that intention will resonate.

Intention was hovering in the background when Richard Edelman unveiled surprising research about consumer attitudes to innovation. The issue in question was the speed at which innovation is pushed at consumers – and the question Edelman claims that they are starting to ask is: why? Who really benefits from the new upgrade or new product that you are asking people to get excited about?

Edelman argued that marketing has things backwards where innovation is concerned: we try continually to inspire people about something new without reassuring them as to our intentions first. And in his numbers, this neglect of intention is looking dangerous: “87% of consumers will stop buying innovative products and services because they’re scared; they don’t believe they are good for them.”

There was a magical moment in the session when Edelman turned to TV chef and food campaigner Jamie Oliver and asked him how he would use greater insight and data to help him reassure an audience. Oliver stared back at him blankly: “Even after 17 years in this business, I really don’t understand that question.” For Oliver, reassurance isn’t something that you can create; it has to start, you guessed it, with intention. “Be clear and honest, that’s it,” he said of food and beverage brands. “If you don’t, you’ll be gone.”

In another session at Cannes, it was the intentions of technology as well as businesses that were the issue when Sir Tim Berners-Lee, the man who published the first Web page, shared his thoughts on the approach of Artificial Intelligence for the first time in public. Will the intelligence that monitors wearables to alert you when you need to eat be totally devoted to your health? Or will the food and restaurants it recommends be influenced by how much those different restaurants have paid? Ultimately, intention will become a huge question in an AI revolution that is likely to impact the marketing and creative industries before most others.

PHD’s Mike Cooper quoted Stephen Hawking as a warning of what happens if we don’t address the issue head on: “AI would be the biggest event in human history, and it might also be the last.” When technology increasingly looks like thinking for itself, the intention behind it becomes critical.

As shared data and intelligent technology becomes fundamental to brand-consumer relationships, it’s right that those consumers call brands and businesses out on their intentions. It’s right that they demand it of creativity, content and communication as well. The future of data-led creativity is very exciting – but it also requires a great deal of trust. Relentless consistency in values is the only way to earn it.