The International Consumer Electronics Show wrapped up on Saturday in Las Vegas. It was my first time attending the event and I have to say that it was a bit overwhelming. 170,000 plus attendees swarmed the conference halls and exhibit centers in search of the next big thing. Virtual reality, big data (no it’s not played out yet), prefacing every device or appliance imaginable with “smart”, and drones and robots seemed to be the main themes this year. As I circled the floors and sat in on keynote sessions, here are the 10 things that blew my mind this year at CES.

Intel’s CEO Brian Krzanich took to the stage for a two hour keynote session that introduced some of the most incredible technology I’ve ever seen. From seemingly self-aware drones to computers smaller than a fingertip, it was sort of a Cirque Du Soleil inspired look into the future that is at our doorstep. The grand finale was a live performance of the song “Jai Ho!” made famous in Slumdog Millionaire performed live by A.R. Rahman and a band of musicians playing virtual instruments in the form of sensors on their extremities. All the announcements and the full keynote can be seen here.

So I guess I’m a bit late to the virtual reality game here as I didn’t realize that it was so readily available. I stopped by the Discovery VR booth and was given a set of googles equipped with a smartphone along with a set of Beats by Dre headphones and watched a fully immersive 360-degree experience that completely blew me away. I quickly realized that there’s quite a bit of programming and gaming already available in this format and now I’m hooked. Check out the video that I saw here. 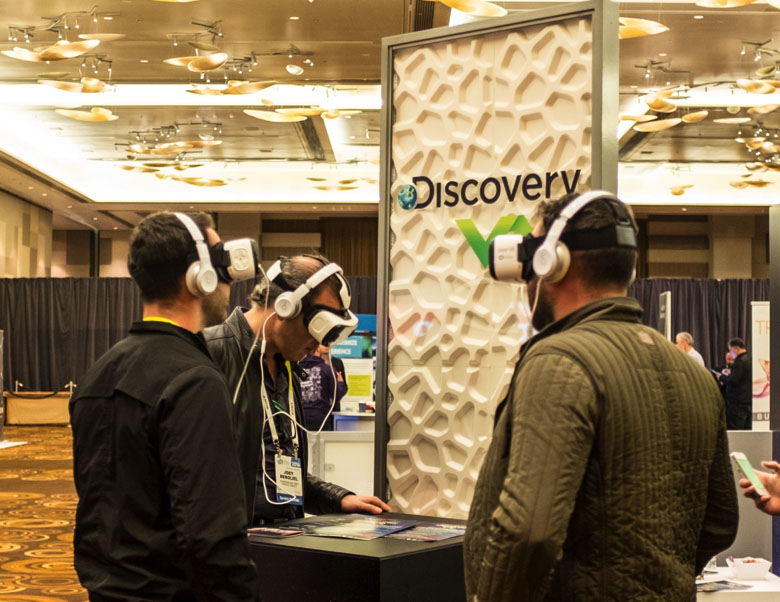 As a photographer and avid Nikon fan I absolutely had to track down the Nikon booth. It was a photog's oasis in the middle of the crowded and cramped exhibit hall. The centerpiece of the Nikon booth, if you can even call it that, was Project Helix. 96 Nikon D750s were set up in a circle to capture incredible 360° degree images gave attendees the chance to be framed in Holographic Capture and Slo-Motion Capture. Nikon also had live photography classes on site and stunning display of amazing photos from Nikon shooters (how do I get in there??). Their big announcement was a new flagship camera, the Nikon D5, which is pretty much the most advanced camera on the planet (time to step up, Cannon). 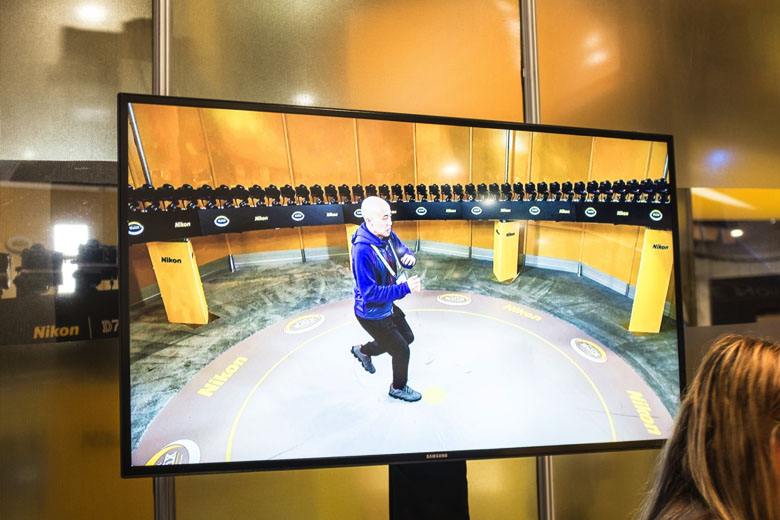 Gibson Guitars was on hand to showcase some of its latest audio gear, but the star of the show was the incredible lineup of guitars that graced the massive tent outside of the chaotic trade show floor. As an axe man myself I was in guitar god heaven as the entire family of Gibson guitars was on display and at my disposal. On top of that, add in a killer live band and a 180 degree interactive #EPICGUITARJUMP opportunity and it was pretty much the highlight of my day. Check out my interactive photo from the event where I channel my inner Rudolph Schenker here. 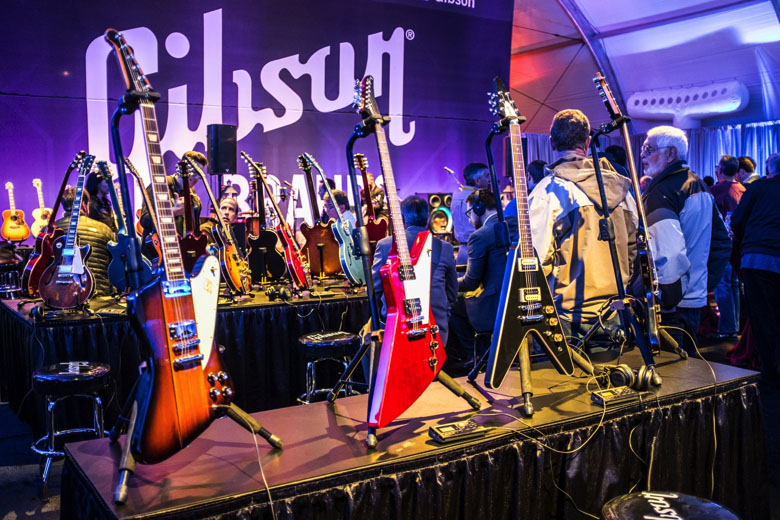 5. Smartify Everything with Mother

Mother is a data-tracker that uses “Cookies”, or remote sensors, to monitor motion and temperature. The Cookies are simply placed on the objects you want to track and they communicate with the Mother hub to display all sorts of useful information. These smart Cookies can be used to track sleep, temperature, object movement, door security, and much more (pretty much anything you can stick a Cookie on). See the endless number of use cases here. 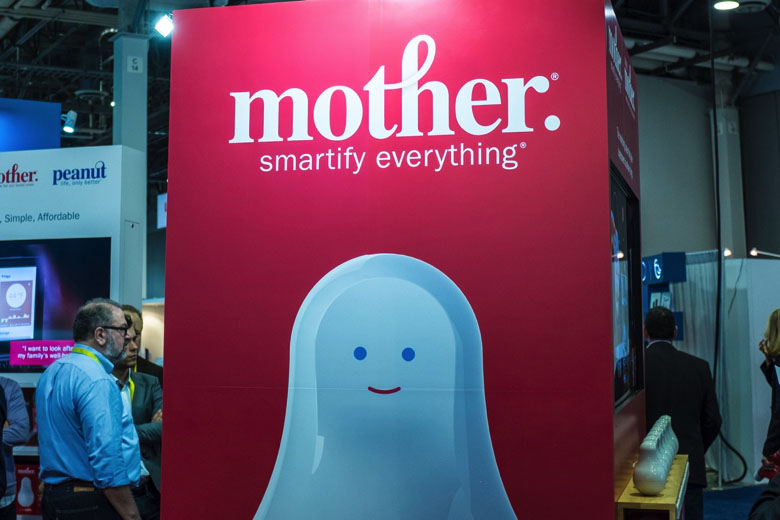 As a marketer I am always looking for the next big thing and I think that Sensum has nailed it; understanding emotions as they relate to your product. It’s the next step in creating the highly sought after marketing experiences which is the Holy Grail for marketers in 2016. Since emotions form a huge part of decision-making, Sensum helps you understand your audience’s behavior better through deep insights and emotional understanding. Adding this layer of data to your marketing stack allows you to measure media effectiveness, customer user journey engagement, and usability testing. 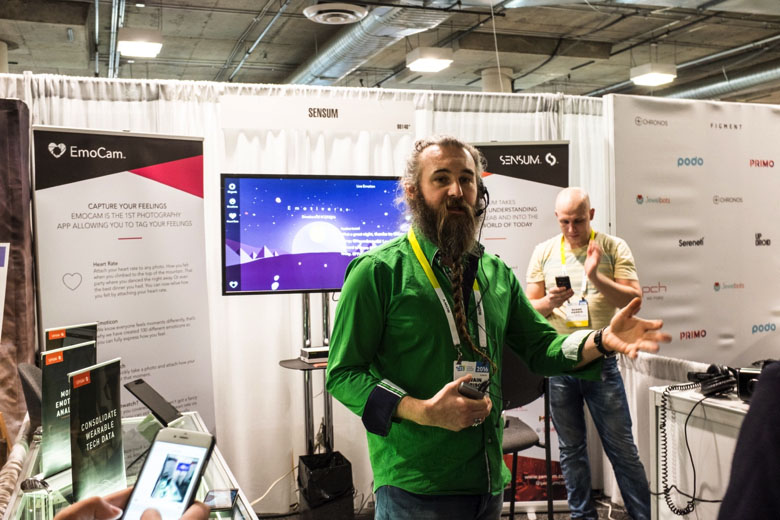 The kitchen of the future is here and it’s pretty incredible. I stopped by the Whirlpool booth and had flashbacks to the Jetsons cartoons that I grew up watching.  A dishwasher that syncs with Amazon Dash to automatically order detergent when you are running low, a stove that senses what is sitting on top of it and warms that item accordingly, a smart backsplash that automatically suggests recipes based on learning your preferences and takes incoming calls... all while the entire kitchen itself syncs to your families schedule and uses GPS to let you know when the kids will be home. Check out the kitchen of the future with a virtual tour here. 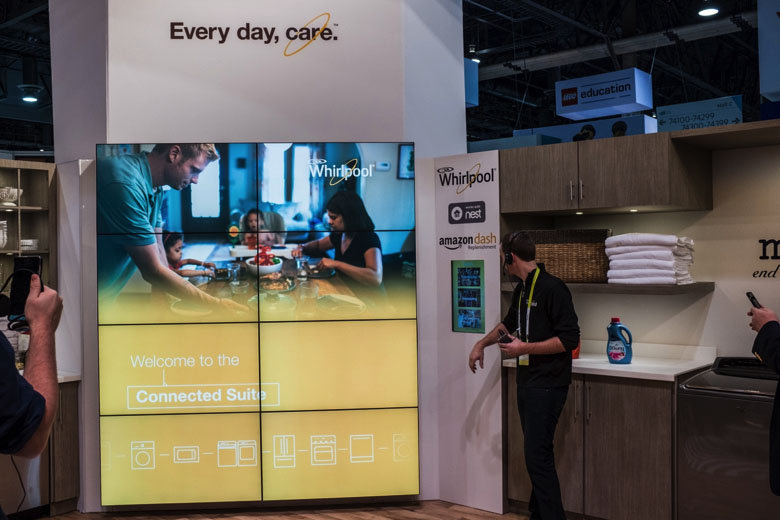 Finally someone has taken the initiative to bring style to smart watches that goes beyond looking like you have a tiny phone attached to your wrist. Martian is betting on voice control as the future of wearables and their analog meets digital features allow users to stay in the moment discreetly with alerts and powerful voice commands. The live demo showed a Martian watch closing up and locking a house by simply speaking into the watch (notice I didn’t say device). That’s just one of the many possibilities. 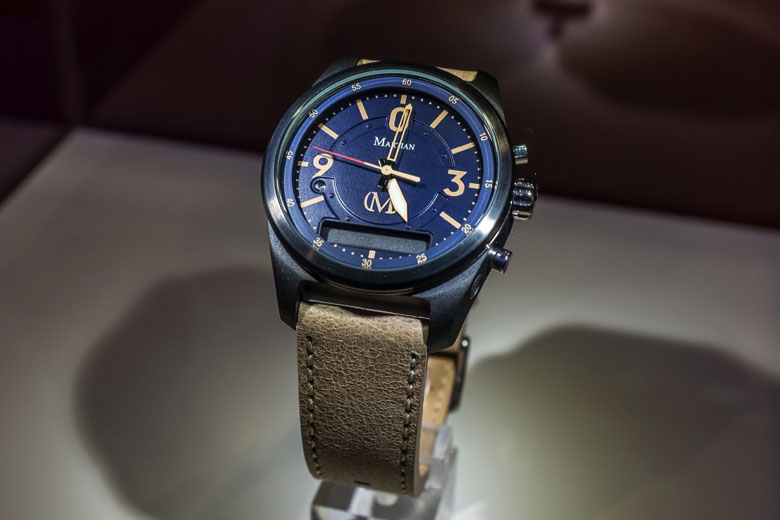 It’s being hailed as the world’s first connected health system and it goes beyond a simple wrist monitor for pacing your workout with a suite of connected health devices. Partnering with HTC, Under Armour announced their plan to develop connected fitness hardware last year, and this year at CES it became a reality. The HealthBox includes a new activity tracker wristband, called the UA Band, along with a chest strap for monitoring your heart rate. This all of course syncs wirelessly to your smartphone. There are also plans to release smart shoes which can tell you how many miles you’ve ran in them along with smart head phones from JBL that are guaranteed not to fall out during your workout. Imagine the possibilities. 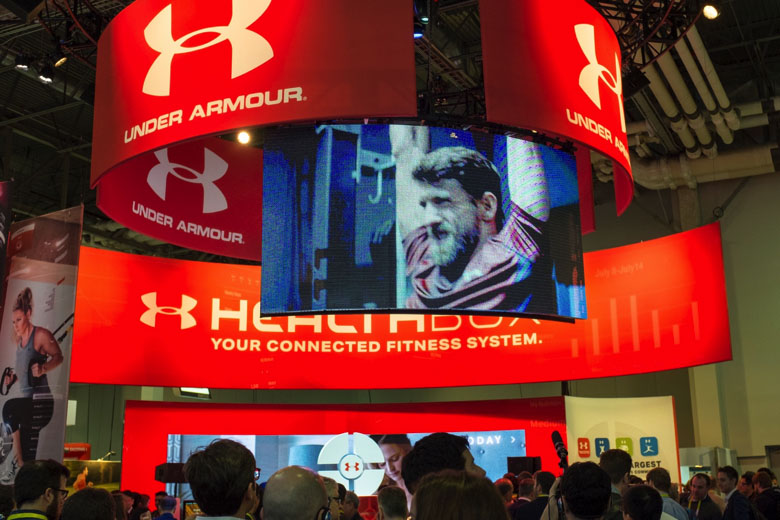 10. Spotify's Brilliant Use of Data for Storytelling (And Advertising)

In Rich Frankel’s session, “Adventures in Storytelling,” he told a remarkable story around how Spotify uses its data to help tell a unique story and create personalized experiences for its users. Check out Spotify.com/2015 where you can get a personalized, detailed analysis of your listening behavior over the past year -- Spotify can tell you everything from the first song you listened to in 2015 to the song you listened to the most. 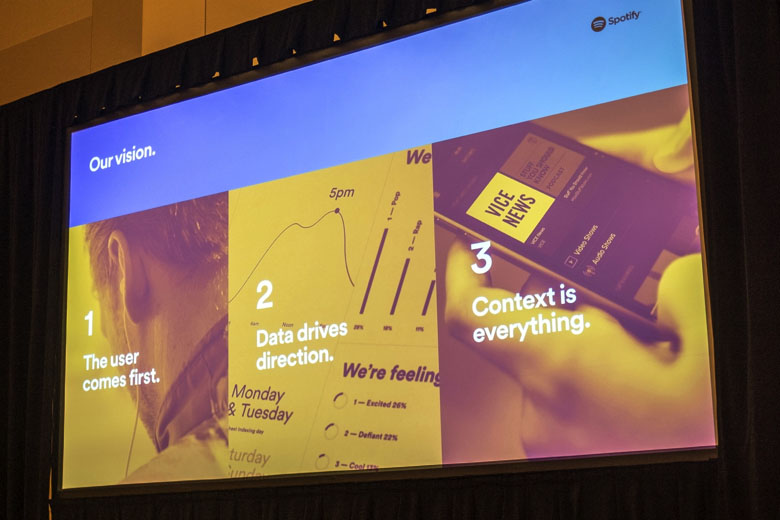 Stay connected and inspired with top tech takeaways throughout 2016. Subscribe to the LinkedIn Marketing Solutions Blog.