Cannes Lions 2016: Will They Roar or Will They Whimper?

This guest post was contributed by Steve Blakeman, Managing Director, OMD. This post is part of our coverage of the Cannes Lions International Festival of Creativity, which takes place June 18-25. Our coverage will focus on the themes of Talent Brand and the Future of Marketing.

The annual advertising industry equivalent of the Oscars, the Cannes Lions International Festival of Creativity (now in its 63rd year) takes centre stage this week so as the Gutter Bar commences chilling copious amounts of rosé, I've taken a quick look at the agenda to see what's on offer...

Recent years have seen the star quotient rocket with the likes of Kim Kardashian, Jared Leto and Iggy Pop making live appearances on the Palais stage. This year, the swarm of superstars has gone stratospheric with Hollywood A-listers, such as Gwyneth Paltrow, Will Smith and Chris Pine on the agenda this year talking about (amongst other things) content, creativity and branding. Not enough sparkle for you? OK then add to the list Channing Tatum, Spike Jonze and David Copperfield (be interesting to see whether he walks off the stage or simply disappears in a cloud of smoke). 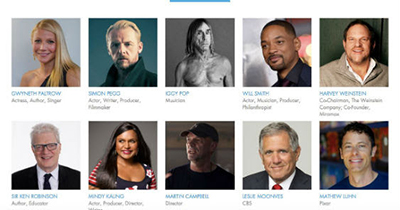 Beyond the main auditoria of the Palais, there is plenty of additional activity taking place. Naturally I am somewhat biased, but the OMD Oasis (now in its third year at Cannes) is the pick of the 'off Broadway' style events. Located right on the Croisette, the beachside cabana hosts a myriad of exciting speakers including the aforementioned Ms Paltrow, Ryan Seacrest, and Anderson Cooper. Added to that, there are a plethora of industry heavyweights such as Brad Jakeman from Pepsico, Roel de Vries from Nissan, Tim Armstrong from AOL, Rich Raddon from ZEFR and Carolyn Everson from Facebook to name but a few.

Elsewhere along the main boulevards and beaches of Cannes, there are a variety of dedicated areas largely dominated by the various agency groups plus the social and tech guys. Unsurprisingly there is a highly noticeable presence from the likes of Google, Facebook, Yahoo, Spotify, Twitter and LinkedIn, who have all descended on the town determined to make an impression on the estimated 12,000 delegates (and I suspect, attempt to outdo each other). Their legendary parties will be equally spectacular with various rumours circling about which singers/bands are performing at their shindigs this year. In previous years we've witnessed the likes of Elton John, John Legend and Mariah Carey, so lord knows who they can bring in to top that. Elvis maybe?

But the parties are not the main reason why we are there (well, not strictly true, but you know what I mean). It's to celebrate creativity in its multitude of forms (no honestly, it really is). And if 2015 is anything to go by, then 2016 will have to really roar. Some of the notable campaigns at the Lions last year included the Volvo 'Live Test' campaign featuring that epic split between two trucks by Jean-Claude Van Damme, the John Lewis Christmas campaign featuring a very cute penguin called Monty, and the rather excellent Apple 'Shot on an iPhone6' work. 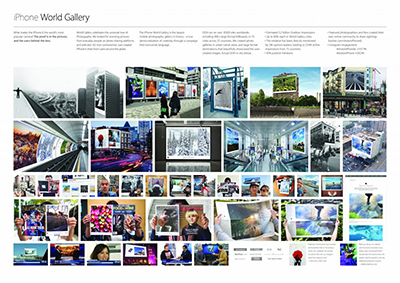 Over 300 judges from around the globe have descended upon Cannes to deliberate on a record 43,101 entries and the early indications are that there is some spectacular work on view across the three main buckets of Health, Innovation and Entertainment. Adweek have already previewed some of the work and listed their top 25 campaigns which they believe will win big at the festival. Work from the likes of McDonalds, Southern Comfort and Xbox is already being lauded, so don't be surprised to see these campaigns picking up a slew of gongs.

If you are interested to find out who won and why (plus some of my other offbeat observations) then don't forget to 'follow me' on LinkedIn so you can read my "Cannes 2016 Review" piece later this week.

And to keep pace with not only Cannes Lions but digital marketing in all its forms, subscribe to the LinkedIn Marketing Solutions blog today!