Talent: If You Don't Evolve, You Dissolve

This guest post was contributed by Steve Blakeman, Managing Director, OMD. This post is part of our coverage of the Cannes Lions International Festival of Creativity, which takes place June 18-25. Our coverage will focus on the themes of Talent Brand and the Future of Marketing.

Talent. The biggest issue facing agencies and clients alike. So I guess it wasn't a huge surprise to see why it was such a common theme running through many of the key presentations at the Cannes Lions this week.

I went to watch Ryan Seacrest interview Usher, courtesy of iHeartRadio, at the Lumiere theatre at the Palais this afternoon expecting to hear the usual chatter about music and money (as we heard a few years back with Kanye West) but was pleasantly surprised to witness themes of nurturing talent, mentoring and philanthropy. Usher was smart, articulate, amusing and incredibly humble (the complete antithesis of the aforementioned West). He talked about how he developed his own prodigious talent through a series of failures which ultimately became the catalyst for his own success. His advice? "Lean into it, fail fast and get up like a winner". And at the same he was keen to pass on the message to the auditorium that one should always "be benevolent in your pursuit of success." 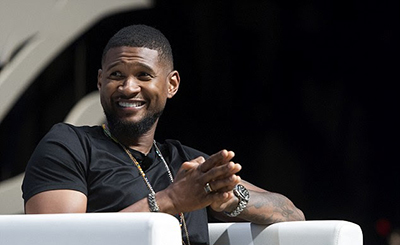 He went on to talk about how constant change was the only way to keep developing whatever talent you may have. Or, as he so eloquently put it:

if you don't evolve, you dissolve. — Usher

And that same sentiment was echoed at the OMD Oasis in the "Purpose Driven Brands" session fronted by the likes of The Guardian, Pepsico, Impossible Labs and P&G. All the panel discussed the 'war for talent' and those:

Arguably a much better description than that horrid catch-all of a "Millennial.". So what were the three pieces of advice offered by the various members of the panel?

And finally, we had a session hosted by JD Heyman from People Magazine who interviewed ex-movie star Gwyneth Paltrow. Yes you read that right. Ex-movie star. Yep, Gwynnie confirmed that she is done with acting and is now focused on her new e-commerce business, Goop. Pity as I was hoping for she would team up with Jack Black again for Shallow Hal 2. 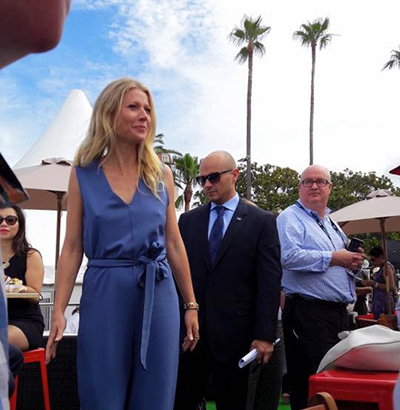 Anyway, GP talked about how her new venture (nope, not Iron Man 4, she's done with acting remember) is an online foray into skincare, apparel, homewares and expensive dildo's (her words not mine). She was very honest about how Goop has become the biggest challenge of her life. Her acting has only been a "platform" for Goop and her new role as Chief Creative Officer has been the most "difficult but enthralling period" of her life. She covered similar themes to Usher when she discussed the need to be authentic and true to your beliefs - plus she has the same expectations of the people who work with her.

So what have we learned? Well, talent is a precious commodity, difficult to attract, arduous to cultivate and almost impossible to retain. Tough gig. Any takers?