How Lenovo Use Display Advertising to Reach SMB Professionals

According to U.S. Census Bureau data from 2011, businesses with fewer than 500 workers accounted for 99.7 percent of the total 5.68 million employer firms in the United States. Those with less than 20 workers made up 89.8 percent.

The people working in those businesses spend money to keep it running. You like money. That’s a lot of opportunity!

But with such a huge amount of SMB professionals to market to, identifying the right strategies for reaching them can be a bit daunting. If you market to specific industries or types of professionals (accounting, sales, etc.), how do you narrow your focus? How can you reach these audiences at scale?

Lenovo and the PC market

Lenovo is one of the world’s leading personal technology companies, producing innovative PCs and mobile Internet devices. As consumers ourselves, we all know that the the market for PCs is extremely competitive. Competition is particularly fierce in the SMB market, where companies such as HP and Dell have flourished.

While Lenovo has had a strong presence within the enterprise market, it needed to build its awareness and boost sales with the SMB audience. Andrea Frederick, direct marketing manager at Lenovo, explained that, “we needed a more granular and targeted focus on the SMB market, and were excited to begin testing some new technologies to achieve more scale while staying focused on this key segment of business professionals.”

Getting Lenovo into the “consideration set”

Targeted display advertising enabled Lenovo to reach millions of professionals with less than 250 employees. “By beginning with broad-level SMB targeting, we set the stage for learning and optimization later on,” Frederick explained. “The thought was, ‘let’s just get in front of SMB professionals in general and bring them to the website, and from there we’ll quickly learn which industries, job functions, seniorities, etc. are responding best.’”

Full-Funnel Analytics revealed that in just three months, its targeted display advertising efforts drove more than 34,000 new visitors to Lenovo’s website and landing pages. “[It] had an obvious impact in our brand awareness with SMB professionals, essentially putting Lenovo on the minds and PC consideration sets of prospects who probably weren’t considering us before,” noted Frederick.

Analytics also showed the relative engagement of Lenovo website visitors who had seen display ads versus those who hadn’t. The data revealed that those exposed to ads viewed 55 percent more pages, visited the website 62 percent more often, and completed 24 percent more actions. But this was really only the beginning. 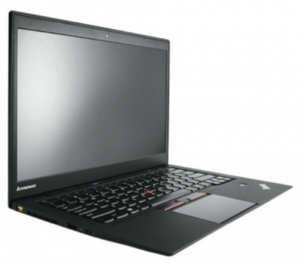 Data on visitors’ anonymous business demographics revealed the most engaged audience segments, such as SMB executives, high net worth professionals, those in information technology, media & Internet, and more. These learnings enabled Lenovo to further optimize its ad targeting towards audiences most likely to engage, which resulted in over 6,800 actions (deeper navigation) on Lenovo’s landing page.

In true B2B marketing fashion, Lenovo kicked off its targeted display advertising efforts by testing and allowing the data to tell the story. Use display to target SMB professionals, but give yourself the opportunity to learn not only which business audiences are most responsive, but what information they grasp onto. The result will be more efficient spending, increased audience engagement, and higher ROI.

This post was originally published on the Bizo blog. In July 2014, LinkedIn + Bizo joined forces to build the most robust B2B marketing platform available to marketers. To learn more, check out David Thacker, VP of Product at LinkedIn’s announcement blog post.