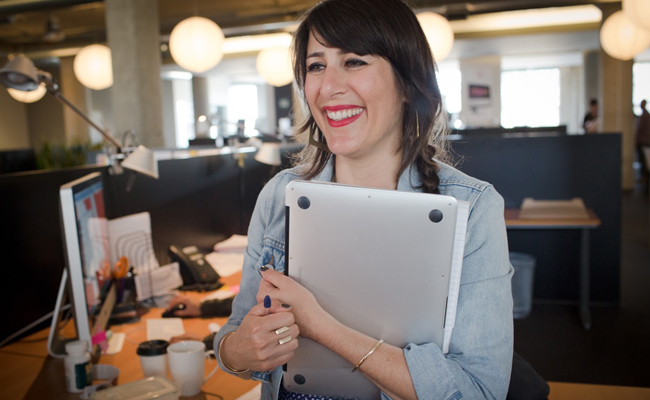 At LinkedIn Marketing Solutions, we often talk about targeting the “most relevant audience” for your message. But for most marketers, there is rarely just one relevant audience. Audiences are usually composed of several distinct groups, each with their own set of wants and needs. To connect with each of these audiences, it’s important to create content that caters to individual tastes.

Direct Sponsored Content enables you to display content directly in users’ feeds, without publishing it on your Company or Showcase Page. That means you can personalize your content, separating content streams to deliver relevant messages for each audience segment.

Pantheon has a very specific target audience: Drupal and WordPress developers with decision-making authority. “We are looking for developers, who typically use a lot of ad blockers and block cookies, and we’re only looking at developers who work with Drupal and WordPress. It’s difficult to really hone in on those particular people online,” says Emily Winslow, Pantheon’s Online Marketing Manager.

The objective for Pantheon’s Direct Sponsored Content campaign was simple: Bring in more leads for less. Specifically, they wanted to drive downloads of their gated eBooks while keeping the cost per new name (CPNN) under Pantheon’s spending goal.

Rather than spending big to go after a big audience, Pantheon used the advanced filtering capabilities of LinkedIn to identify professionals who met specific job title and career level criteria. Then, they filtered the results further by skills and groups. As Winslow puts it, “On LinkedIn, I can say ‘my target audience is either a developer or someone in IT who runs a website on Drupal or WordPress,’ so it’s easy to concentrate our budget on the right people.”

Having identified their core audiences, Pantheon ran a triple campaign featuring three streams of Direct Sponsored Content: One for Drupal developers, one for WordPress developers, and one for agencies.

Pantheon’s creative content centered on previews for eBooks of interest to each segment. Direct Sponsored Content enabled Pantheon to preview the gated content in a more compelling fashion than the limited space of a banner ad. “The ad itself would have a quote, or a little more information about the eBook that someone is downloading. We have the ability to really explain what someone is going to download,” Winslow says. With more room to showcase content, Pantheon was able to make a solid case for the click.

The LinkedIn Campaign Manager Dashboard made it easy for Pantheon to quickly determine which ads were performing and who was responding. “We’ve been able to get rid of the content that isn’t performing and really focus our budget on the content and audiences that are generating the most conversions,” says Winslow.

The LinkedIn team also advised Pantheon throughout the process, helping Pantheon make the most of their budget before it was spent. “The calls I have had with LinkedIn have been really helpful,” says Winslow. “The LinkedIn Team can go in and help us with optimization. They’re advising us on how to optimize campaigns for success within the platform. It’s nice to have someone on the inside who can tell you how things work with that specific product.”

Direct Sponsored Content is one of Pantheon’s top performers for CPNN, staying well under their spending goal. Even better, they were able to see results right away. “It’s really been working right off the bat for us. Sometimes with these programs you have to ramp up and make mistakes before they are effective,” Winslow says. “But right from the beginning we were seeing results with LinkedIn, and it’s only getting better.”

In addition to keeping the CPNN low, Pantheon is enjoying higher-than-average click through rates, with few wasted impressions. “Across the board, we’ve seen a higher click through rate from LinkedIn, and a higher conversion rate from our landing pages. The right people are seeing, clicking on, and converting from our ads,” Winslow says.

And for more information on LinkedIn's complete suite of marketing products, download The Little Big Book of LinkedIn Advertising.