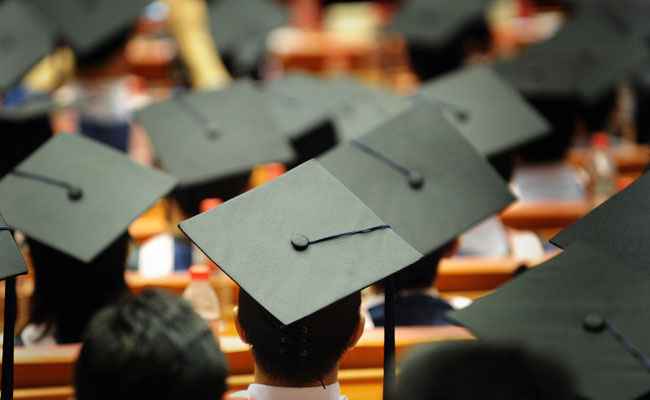 One of the key challenges faced by enrollment/admissions marketers today is student retention and degree completion—particularly among for-profit schools, community colleges, and part-time programs. In addition to balancing rigorous academic demands, students at for-profit, community college, and part time programs generally tend to be older (25+), are working during their studies, and sometimes have families of their own.  These demands outside of the academic setting put pressure on their ability to stick with any given educational program.

For education marketers though, the fact is recruiting—and retaining— students is essential to the long-term success of an institution. So what makes students more likely to retain and stick with their studies? What motivates them, what characteristics do they have in common, and how do you find, engage, and enroll these students?

A recent survey indicates that professionals on LinkedIn possess a unique economic and behavioral mindset that makes them great prospects for higher education marketers. The study focused on two telling attributes: “grit” and “financial fragility.” It turns out that LinkedIn professionals have significantly higher grit scores than the general population, and in addition, LinkedIn members are much more financially resilient to boot. Read on to see how this revelation may shape how marketers in the education space attract and engage quality leads going forward.

Grit, for lack of a better word, is good.

With apologies to Gordon Gekko (from the 1987 movie, Wall Street), it’s “grit” that’s good, not greed. Dr. Angela Lee Duckworth, a professor of psychology at the University of Pennsylvania and a 2013 MacArthur Fellow, conducts groundbreaking studies on grit— what she’s identified as the tendency to pursue long-term goals with perseverance and passion. 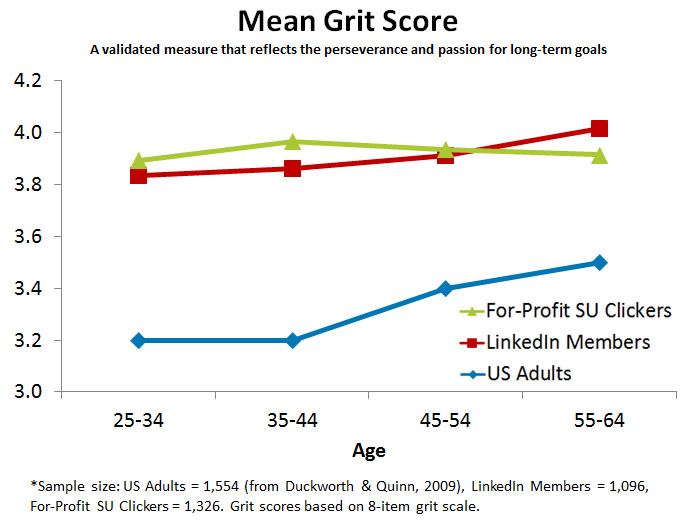 In her popular TED Talk, she explains that “Grit is sticking with your future, day in, day out, not just for the week, not just for the month, but for years, and working really hard to make that future a reality.”

Duckworth and her peers at Penn developed a grit scale they used to predict outcomes for everyone from National Spelling Bee participants to West Point Military Academy cadets. In the latter case, they found that cadets who scored just one standard deviation higher on the grit scale were 99 percent more likely to complete summer training.

Armed with this insight, LinkedIn surveyed two groups: members, and LinkedIn users who clicked on at least one Sponsored Update from a for-profit school in a 6 month period. In both cases, responders scored consistently higher than average on the grit scale.

The lesson learned? If you’re a marketer focused on generating high quality leads that enroll AND retain, you should add LinkedIn to your nurture strategy—and develop a targeted content strategy that attracts prospects who are more likely to graduate.

Show me the money.

The LinkedIn survey also probed participants about “financial fragility” or their ability to weather a financial shock or crisis. When asked if they would be able to come up with $2,000 if an 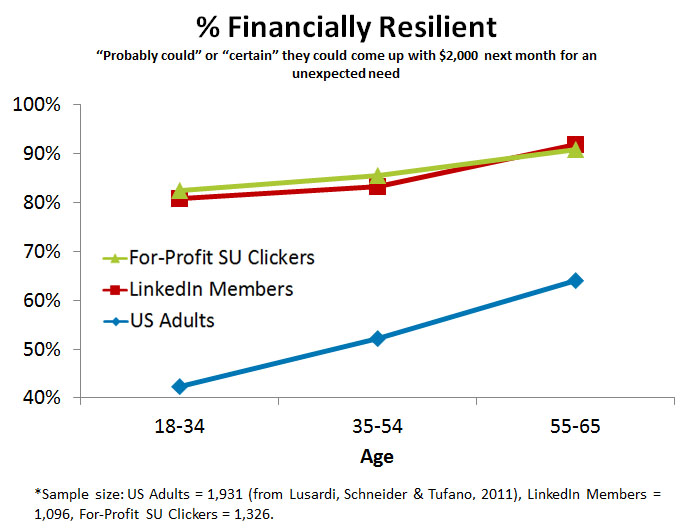 unexpected need arose in the next month, 80 to 90 percent of respondents said they probably or certainly could. That’s significantly higher than the general U.S. population and suggests that LinkedIn members and users aren’t living as close to the financial edge as the average American.

This is good news for marketers focused on recruiting and retaining students with higher grit and financial resiliency. Because professionals on LinkedIn tend to be more educated and affluent, they’re more likely to be in the market for continuing education and advanced degrees—and they can afford it.

LinkedIn professionals have both the means and persistence to succeed.

Right now more than 60 percent of the world’s professionals are on LinkedIn—including influencers, decision-makers, and individuals with above-average purchasing power and true grit.

LinkedIn can provide marketers in the higher education sector with tools and data to reach and recruit more students with grit & financial resiliency.

Download the LinkedIn Platform Overview now to learn how your organization can leverage LinkedIn to drive quality leads.