The Proof That Branded Content Can Earn Audiences’ Attention

It was a privilege to take part in an animated panel discussion at the beachside Havas Café in Cannes. The hot topic for debate was the power of content to tell a brand’s story and who’s best placed to provide trusted information in a socially networked world.

We kicked off by defining “content marketing” but, as Jason Jercinovic, Havas Worldwide New York president, rightly pointed out: this is not a new phenomenon, despite marketers’ tendency to jump on buzzwords.

As he said: “content marketing is not the future, it’s the present. We’ve been doing it since the beginning of our industry. The main difference now is it’s not about interrupting consumers but enabling them to engage around something that is relevant.” 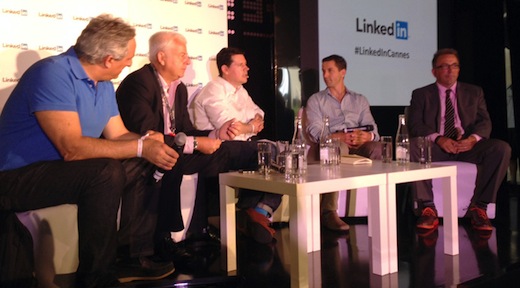 The central question for me is: can branded content be as trusted and as valued as traditional media? I believe passionately that it can. So, it was very heartening to hear my fellow panelists echo my belief, not just with words, but with concrete examples.

For instance, Shell’s Americo Campos Silva, global media manager, talked about the power of finding a piece of content that “really triggers the interest of an audience”. As an example, he told the story of when Shell gave a huge swathe of “very boring data that nobody cared about” from scientists about the future of energy, to WIRED. The publishing company transformed it into an accessible, relevant, exciting piece of content that consumers devoured with enthusiasm – in fact, it became the hook for one of Shell’s most successful, most commented upon Facebook posts ever, a clear demonstration of the power of applying creativity to data.

His story reminded me of a “lightbulb” moment I had recently while on LinkedIn at home on the couch. I shared a couple of links. One was a piece of sponsored content and the other was not. The next day, I had much more commentary on the sponsored link than the organic content and this hit home the shift that we are seeing: if done right, brands can absolutely compete with more traditional outlets to get their voice heard. And publishing content is often just the start of the conversation.

Editor’s Note: This blog post is syndicated from our EMEA Marketing Solutions blog.