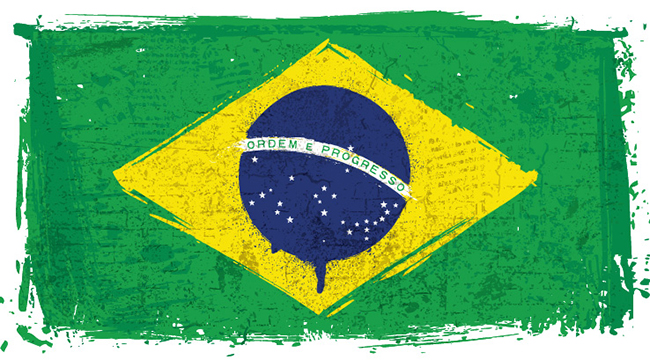 Editor's note: This post is also published in Portuguese, the native language of Brazil.

Whatever its fortunes on the football field over the next few weeks, there remains one area of life in which Brazil looks like an undisputed World Champion and which has always made me really proud of my home country. ‘Brazil Day’ at the Cannes Lions Palais last Thursday recognized an extraordinary creative run from the country over the past few years. In 2013 alone, Brazilian agencies scooped a total of 114 Cannes Lions, including several fistfuls for Dove’s Real Beauty Sketches, created by Ogilvy Brazil. It’s a campaign that demonstrates how inherently global the impact and influence of Brazilian creativity now is: the most shared video on YouTube, and one of the most admired pieces of advertising of all time.

Cannes Lions set aside an entire day in the Debussy theatre to try to distill the secrets of Brazilian creativity – and the sessions threw up a number of important aspects to the Brazilian spirit. But if they’d been forced to boil it all down to a single sentence they could easily have done so – and it’s an insight that LinkedIn CEO Jeff Weiner put pretty well when speaking at an OMD-hosted session the previous day: “Brazil is incredibly social when it comes to business.” In fact, that’s what’s helped to make it LinkedIn’s third largest market worldwide.

The theme of natural sociability and the inherent diversity that accompanies it ran throughout the sessions of Brazil Day. PJ Pereira of Pereira O’Dell described how African slaves in Brazil had once used the statue of St. George in Christian churches as a means of honoring their own God of Hunting – and used this as an analogy for the country’s hard-taught ability to synthesize different invading cultures. We don’t just acknowledge, welcome or ‘put-up’ with diversity; we adopt it, incorporate it and reinvent it. We find the most stimulating parts of any culture and align them with our own.

This helps to explain how Brazilian creativity has become so globally relevant, a strength picked up by Paco Conde, a Spanish member of Ogilvy Brazil's team, in discussion with Pereira. It also explains why Brazil is proving such a pace-setter in mobile, where (as Leo Xavier of Pontomobi explained) the ability to form effective partnerships with existing apps offers huge competitive advantage. And it helps to explain how we Brazilians have become such a vital ingredient of successful creative teams worldwide. If fact, in this respect, the number of Lions won by Brazilian agencies seriously underestimates the country’s impact on global advertising. Many more campaigns, credited to agencies from a broad range of countries, have benefited from at least one Brazilian on the creative team.

The California-based Pereira is himself of that diaspora, and one of the most enjoyable aspects of the session he hosted was his banter with Rei Inamoto, a fellow expat with whom he shared a desk at AKQA. Both acknowledged the importance of ‘outsiders’ within agencies, who are able to overcome language barriers and introduce a different perspective. It’s a role that we are comfortable playing in overseas agencies – and which we increasingly welcome on home soil.

Preceding Pereira on stage, Chuck Porter spoke forcefully about his reasons for launching an agency in Brazil, in partnership with the award-winning creative team of Marcos Medeiros and André Kassu. Porter clearly recognizes the importance of Brazilian ingredients in any agency network’s global output, but from the testimony of Medeiros and Kassu he’s also been very astute about building the type of creatively supportive culture that allows a Brazilian agency to thrive. Transparent rewards, a meritocratic structure and an absence of intimidation. As Kassu put it: “We need to be happy. We need to have fun.” It’s an approach that is instinctively Brazilian – and it seems set to keep delivering creative rewards.

See more posts from the Cannes Lions Festival of Creativity:

Create something worth sharing. Get more inspiration for your next creative campaign here: