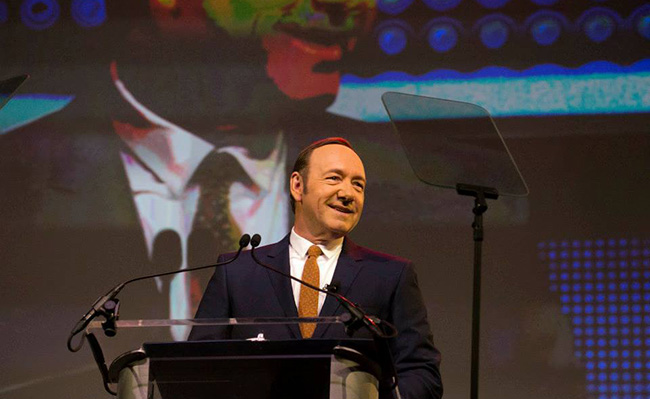 Any good marketing conference has at least one compelling keynote speaker that offers sage, relevant counsel to the crowd. The key ingredient here is relevancy. We crave new thinking, but we also seek application of that thinking to our own lives.

What followed I believe deserves a content marketing award.

In Kevin Spacey’s mind, the connection between his world and ours as marketers is the fact that we all have audiences, and those audiences demand great stories. It is our job to tell stories, better stories, and to do so by incorporating three main ingredients.

The Simple, Yet Powerful Ingredients of a Truly Great Story

Simply put, Spacey explained that what makes a great story is conflict, authenticity and, most importantly, the audience itself.

He went on to detail how each ingredient played a pivotal part in the narrative, providing relevant examples of his own experience as well as marketing examples for us to establish a relevant connection. Spacey, the seasoned storyteller, knew his audience.

Why Creating Conflict is a Good Thing

“A great story creates tension,” he proclaimed. “Without it, there’s no driving force, no passion, no involvement.” When we think about the great advertising campaigns of our time, a tension is embraced and often relaxed through the brand’s effort. Spacey gave the example of Nike, a company that has built its brand around our ambitions to be better, faster, stronger. Dove’s “Real Beauty” campaign also comes to mind; a campaign that embraces the tension women hold within themselves, fueled by the pressures we put on ourselves and on society, and lifts that tension by tapping into our emotions and creating a positive impression.

“Our stories become richer and far more interesting when they go against the settled order of things,” Spacey professed. When we challenge the status quo, when we refuse to accept things for what they are and choose to be part of a movement for change, we build great stories. Presenting at Content Marketing World was certainly not norm for Spacey, but he had a message to deliver and a compelling story to tell.

What I believe won the audience over at Content Marketing World wasn’t the story itself, but the fact that Kevin Spacey delivered it as only he could. He played an authentic role. He spoke with conviction… He also worked in three perfectly placed quotes by Frank Underwood, his character in the acclaimed series House of Cards. Again, the man knows his audience.

"There's no better way to overpower a trickle of doubt than with a flood of naked truth," he spoke in the tone of Underwood. The takeaway for marketers: “Stay true to your brand and true to your voice and audiences will respond to that authenticity with enthusiasm and passion." Spacey gave the advertising example of Volkswagen’s 1960’s campaign, when the brand embraced who it was and delivered the message “Think Small” even while large, over-priced American-made vehicles were all the rage. Volkswagen’s new Beetle stood out against the Ford’s of the world, and it served them well. Like Spacey, the automotive brand had something unique to offer its audience and played that card to its advantage.

Give the People What They Want

Kevin Spacey’s third sage lesson for the group was to stop making content for content’s sake. Instead, he commanded us to give the people what they want, when they want it, and at a reasonable price. The reality is that today the speed of the internet and advancement of platforms has had a major impact on the creative industry – and today, as Spacey put it, “anyone with a camera and an idea can create an audience.” People no longer have to wait for brands and entertainment giants to deliver great stories; they are finding them and creating them.

Today, Hollywood is partnering with Internet stars to produce and market content; brands are co-creating with their audiences; and new talent and new companies that enable this collaboration economy are rising to the top. “Get your minds to work,” Spacey urged us, “for the risk takers are rewarded.” And, quoting Frank Underwood again he reminded us, “There is but one rule: Hunt or be hunted.”

It may not have been what I expected. But by embracing the conflict of this content marketing keynote, delivering his authentic self, and giving his audience of marketers exactly what we wanted, Kevin Spacey demonstrated his own best example of a well-told story. And that, to me, is award-worthy content.

Tell better stories with your audience on LinkedIn by discovering the content they want from you in our 2014 Professional Content Consumption Report: 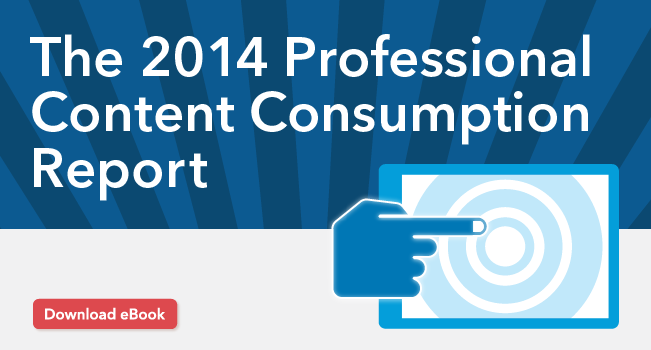