Selling on social media isn't a cakewalk. Teach your sales team to avoid these 4 social media pitfalls, and turn prospects into customers. 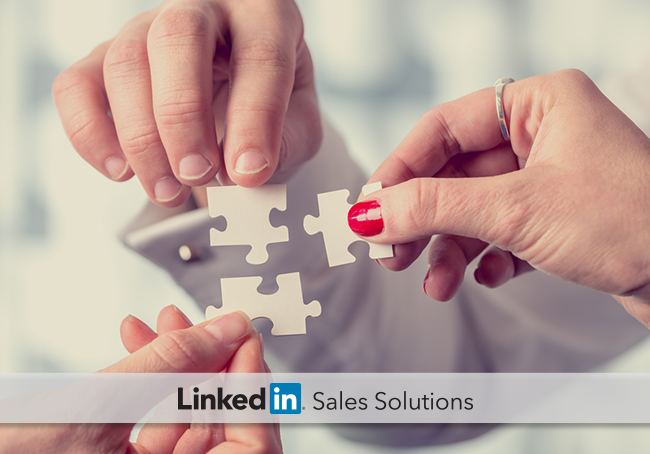 Since the dawn of time, sales teams have only faced two simple objectives:

Social selling has transformed the sales landscape over the past decade, but a far-flung social media presence won’t magically make those two fundamental challenges disappear.

So instead of burying your head in the Facebook paid advertising sand and trumpeting the awesome power of social selling, take pause. Let’s take a quick look at a few of the core problems with social selling that no one is talking about. Once you understand the problems, your sales team can face these challenges and come out on top.

The first—and most obvious—problem with social media is getting people to listen. If your social media accounts are new, established channels will drown your meager voice out, massive marketing budgets will crowd the feed with paid promotion, and accounts with clout are difficult to reach.

But behind it all are those ever-mysterious algorithms that coldly calculate and curate what your potential prospects see without you ever knowing why.

But you can fight back.Nobody knows that makes these algorithms tick. So don’t worry about it.

Don’t focus on the hacks and tips and tricks. Build your social reputation by staying focused on your target market. Define the age, demographic, education, geography etc. of your prospects, and find them online. Let them guide your content creation.

Rome wasn’t built in a day, but Fresno probably went up in a few weeks. You don’t have to have a massive social media presence to be successful. A three-digit follower count is fantastic, as long as they’re engaged.

A recent study from Convince and Convert found that only 33% of people ever follow a brand on social media. You’ll never get everyone’s attention, so don’t waste your energy trying to be super popular.

2. The Rhythm is Gonna Get Ya

According to Internet Live Stats, every single second people post:

And that’s just on three sites.

LinkedIn, Snapchat, Vine, Periscope, Ning, Facebook, Flickr, Digg, reddit, Path, Pinterest, Quora, Scribd, StumbleUpon. If you don’t recognize a few, you’re not alone. No one can keep up with the sprawling array of social media platforms inundating the web.

This article lists “The Top” 52 social media platforms you “should know.” A new platform for every week. How convenient. Even Tinder has a social selling component.

Instead of having a shallow presence everywhere, concentrate on cultivating a deep following on a few social platforms—or just one. Establish yourself where most of your prospects are and where you’ll get the best bang for your buck.

This flurry of platforms can be daunting, so don’t bite off more than you can chew.

Scheduled posts are a great way to manage the madness, but your competitors are likely doing the same thing (refer to the section above).

If your sales and marketing teams have the time, A/B test images, headlines, and variables like time and day (afternoons are best) to try to get a toehold in the attention Thunderdome that is the social media landscape.

Prior to the invention and popularization of radio in the early 20th century, “broadcasting” wasn’t a media term. It was an agricultural one.

A farmer would “broadcast” seeds over a large area in hopes of reaping a bountiful crop.

Sounds old-fashioned, right? It is. Yet, surprisingly many social media sales teams insist on using this outdated method of “spray and pray” on today’s laser focused social media channels.

Prospects are entering the sales funnel later and later, thanks to peer reviews and online product information, so why would you clutter their already precious newsfeed with garbage?

CEB Global estimates that 57% of buying decisions are already decided before the first interaction. The time to educate and upsell is cut in half. Unfocused content shrinks that number even further.

A large following doesn’t translate to increased sales—at least not on its own.

In order to thrive online, social media content needs to be driven by sales goals and targeted at the appropriate audience. If you scatter your message to the digital winds without a strategy your “crop” of prospects will quickly wither in the dust bowl that follows.

Get your sales team focused and ready 2016 with our latest eBook and build a social selling strategy that gets results, not just likes.