Be Real If You Want To Be Better At Sales 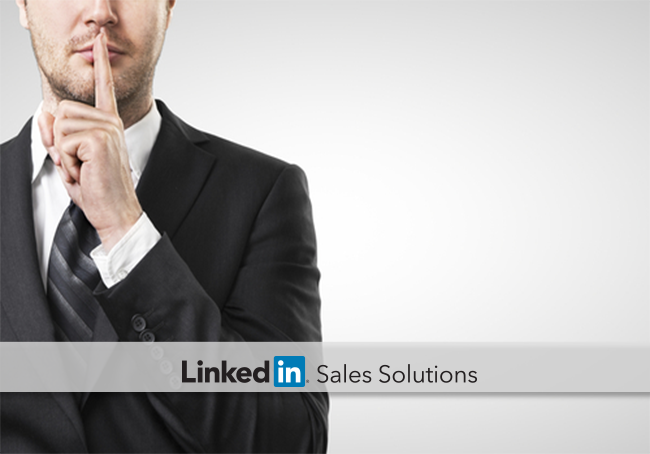 The traditional view of a sales person often involved a man in a suit, briefcase in hand, eagerly holding out his hand to shake yours, white teeth blinding you as his lips reveal a huge game show host-like smile.

Now, if you're like most people, the thought of having to deal with someone like this would likely make you want to recoil and as run far away as possible.

It's because you know what's coming. It's because the other person is hungry for a sale and they don't really care about you or how their product or service fits in your life. This is about getting you to sign on the dotted line, to tick you off their sales quota so they can move on to the next person in the hope the bonus they had their eye on is that one step closer.

People have changed and with that change comes a different set of needs. The funny things is, though, those needs are the same as they always have been.

Sales has always been a two-way relationship. Each side wants to be heard. They want to know the other person they're speaking with is actually interested in them, that they're keen to understand what their challenges are, and what they're trying to solve for.

So being better at sales means you have to be more real. It's about being someone other than a machine, hungry to close the next deal. Although I won't claim to be any kind of sales evangelist, I do enjoy creating, maintaining and building relationships and if you do that right, it can lead to a successful sale. These are the things I've found have helped create successful relationships:

It's surprising how often this skill is overlooked in favour of a barrage of words amounting to a pitch for a product or service. Sales meetings are as much about building relationships as they are about closing a deal. Why? Because quite often the deal won't be closed in the first meeting. So if you've laid all your cards on the table and the person on the other side has seen your true position, why would they bother to ask you back for a second meeting? Start asking questions and listen, really listen to what the other person is saying. Work out how the insight they're giving you helps you to help them (sounds a little Jerry Maguire-esque I know).

Listening can also happen in social channels. Connect with your customers and prospects in LinkedIn Groups to hear what they're saying about their industry and any challenges they might be sharing. Keep an eye on what they're posting about and who they're connecting to. All of this helps you learn more about them, how particular issues affect them and what solutions you might have that could be of benefit.

Look at what else you can do to understand the people you're dealing with when you're not physically with them. LinkedIn offers a wealth of insight on both your customers and prospects; from their previous experience that led them to where they are today, to their education, to the things they're interested in outside of work, and even the causes they're passionate about. The information's already there, it just means you need to take the time to look for it. Connect after every meeting and remember, tools like LinkedIn are not just a way to better understand your prospects, they let you learn more about your customers too.

Be relevant, it's not about you

It may seem like another no-brainer but in a world where we're all time-poor, trying to figure out how we're going to get the next two days worth of work done in the next two hours - this is where being relevant sets you apart from the rest. If you understand the pain points of the prospect or client you're talking to, it's far more likely that you'll be able to show how your solution really is the thing that will help solve their problems. It means you're more targeted, that you're not trying to sell them something that you should have already known they didn't need. It also means that when you're trying to stay in touch, you're sending them things that help, whether that be an article you just read or an industry report that was recently released. Doing this through LinkedIn is a far more dynamic way of sharing, rather than focusing purely on email. It also helps you expand your reach - you might even find that your content connects with others in your network that you didn't know where there!

So it's time to be a little more human when you're in either a sales or customer-facing role. It's about listening to what your prospect or client is saying. It's about taking the time to understand what drives and motivates them. And it's about being relevant and adding value wherever and whenever you do business.

Download our eBook, How to use LinkedIn for Social Selling, to learn more tips for becoming successful at sales.