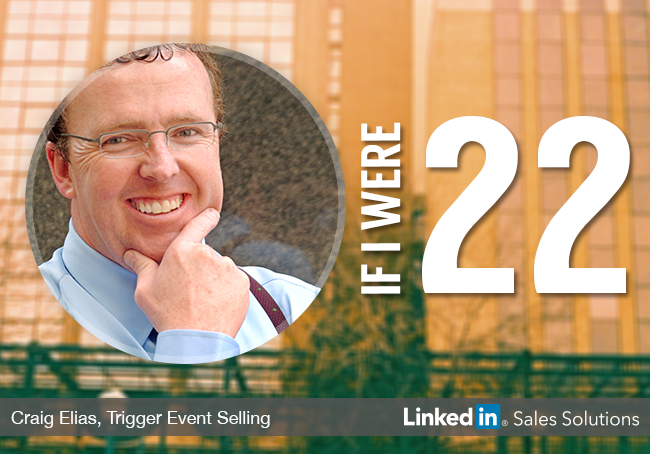 For many years I was just a lucky sales guy who had this magical ability to reach prospects at exactly the right time. As a result I was a top sales performer at every company I ever worked for.

Then in the summer of 2002 I figured out that my luck came from the being first sales person to reach decision makers who had recently experienced a Trigger Event that made them unhappy with the Status Quo.

The Power of a Won Sales Analysis

On September 10, 2001 (the day before 9/11), I joined the sales team of a large telecommunications company. Selling in a post 9/11 environment was really hard but within six months I got lucky and became the #1 sales person in the country.

Unfortunately, the name of that telecommunications company was WorldCom and just a few weeks later they admitted to conducting 11 Billion (yes billion with a ‘B’) in accounting fraud and now no one would buy from me.

In the summer that followed I took a month of afternoons off and I analyzed all the sales that I could remember winning.

By analyzing the sales I won I learned three key things:

My first epiphany the summer of 2002 was that when I was selling, the prospects I was trying to sell to were always in one of three buying modes:

I then realized that every six, seven, and eight figure sale that I could remember winning happened because I was the first vendor to reach decision makers while they were in this Window of Dissatisfaction.

So now I knew that the most valuable prospects were decision makers who recently became unhappy with the Status Quo but were so busy solving other problems that they had not started to do anything about it yet.

But then I couldn’t figure something out. How could a prospect be in the buying mode of Status Quo on Monday, move into the Window of Dissatisfaction on Wednesday and all of sudden start Searching for Alternatives by Friday?

What Triggers Prospects to Buy

That’s when I had my second epiphany, prospects moved between the three different buying modes because they experienced Trigger Events.

I also realized that there were three different types of Trigger Events:

After discovering this I was curious what other people had figured out by analyzing their sales. So I went to Google and searched for the phrase “sales analysis” (the importance of the quotes is that I only wanted results with those two words together in that order) and Google found over 1,000,000 pages on the Internet that talked about analyzing your sales.

Because I did not want to read a million pages I narrowed my search by adding the word lost to my search. When I searched for the phrase “Lost Sales Analysis” I found over 50,000 pages on the Internet. I was amazed how much information there was on conducting a Lost Sales Analysis with the belief that if you lose the sale you don’t want to lose the lesion.

BUT that was not what I had done. For the first time in almost 20 years I analyzed the business I had won not the business I lost. So, I searched for the phrase “Won Sales Analysis” and to my amazement Google found only 2 pages on the Internet!

Of all the time sales people and sales managers spend analyzing sales almost no one analyzes the sales they win.

My third epiphany was that by conducting a Won Sales Analysis I put Trigger Events on my mental radar screen and that turned on selective perception.

I also noticed that on many occasions prospects with money, authority, and influence only had to have the Want Trigger Event and they would buy. Because these decision makers had money they didn’t need to experience the afford event and because they have authority they are less likely to need the justify events.

I took what I discovered about buying modes and Trigger Events and I started an online lead exchange called InnerSell that won Tim Draper’s original Billion Dollar Idea Competition and I collected a $1,000,000 prize.

I moved from Calgary to California to collect the prize while Heather – my then girlfriend (now wife) – stayed in Calgary. We were both in our forties, had never been married, and wanted to have a family so I commuted back and forth between San Francisco and Calgary every other weekend to make try and make that happen.

Luckily, within 6 months Heather got pregnant. In the six months that followed I put in place a CEO for my company and then went back home to Calgary. Within a few days of being home, I was asked to share what I had learned about Trigger Events at a CEO conference.

At that conference I gave a 25-minute speech about what I knew about Trigger Evens and selling. When my speech was over I was approached by a number of CEO’s who asked me to deliver two-day training sessions and share my ideas on Trigger Event Selling with their sales teams.

Because I had just become a Dad, and only had 25 minutes worth of material at the time, I asked for six months so I could spend time with my newborn son and develop a half-day training session.

Since then I have trained sales teams for some of the biggest companies on the planet, written an award-winning sales book, spoken at sales meetings and conferences, and delivered webinars to thousands of people around the world.

Five Ways to Get Lucky In Sales

Below are my five steps to getting lucky in sales.

1) Analyze Your Wins NOT Your Losses

As John Lubick says “What we see depends on what we look for” so start looking at the sales you win and doing so will take what was hiding in plain sight and put it on your own mental radar screen and turn on your selective perception.

I think the four best Won Sales Analysis questions to ask are:

Focus on building relationships with decision makers: Prospects they have Money, the Authority to spend it, and Influence (MAI).

As Stephen Covey says you “Begin with the end in mind”. Identify the decision makers who have MAI and figure out which ones matter most. People tend to make decisions based on emotion and justify them to others using logic. So while focusing on those who have money, authority, and influence is important you want to focus on those who have similar interests, values, and aspirations as you.

Part of the challenge is that a lot of people feel more comfortable buying from those who are plus or minus 7 ½ years their own age so at 22 it’s extremely difficult to find those with similar interest, values, or aspirations as you that also have money, authority, and influence.

The way to solve this problem it to identify and build relationships with those on the career path of having money, authority, and influence.

Then do this again for the two titles you just identified. When you are done you should have what looks like an organizational chart  - one person at the top, two people in the middle row and four people in the bottom row.

This org chart shows you the career path of those prospects worth building a relationship with because they are likely to become a decision maker with money, authority, and influence.

Now that you know the titles of those worth building a relationship with harness the power of job changes and the domino effect – One job change creates multiple opportunities – to reach decision makers at exactly the right time.

When a prospect changes jobs:

Create a saved search with your ideal prospects title and LinkedIn will notify when someone new has this title.

Following the job changes of just 100 key decision makers and then the multiple opportunities created by their domino effect results in 270 high-value leads in just 12 months and 970 within 2 years.

Be sure your LinkedIn profile contains info about your interests, values and aspirations not just what you do, what you are good at, and your career success.

Have a look at my profile and you’ll notice information about my philosophy, motto, values and the fact that I’m a cub scout leader, coordinate and am one of the Wildwood Rink Rats (volunteers that brave -20 degree weather to create and maintain one the of the best outdoor hockey rinks in Calgary) and that I drive that famous piece of ice maintaining equipment called a Zamboni.

Only then do my 7,000+ endorsements for Sales, Lead Generation, Business Development, Strategy, Marketing and Entrepreneurship, etc. matter.

The Moral of my Story

The moral of my story is to learn from your successes by conducting a Won Sales Analysis – especially those sales where the sale happened quickly, it was easy to reach to the decision maker, you sold at or near full price, and the customer was willing to be a reference, give you a testimonial, or give you referrals.

What you learn by conducting a Won Sales Analysis will put the best prospects on your mental radar screen and will accelerate your sales career.