Fact or Fiction: Sales Techniques and Lessons from Snopes 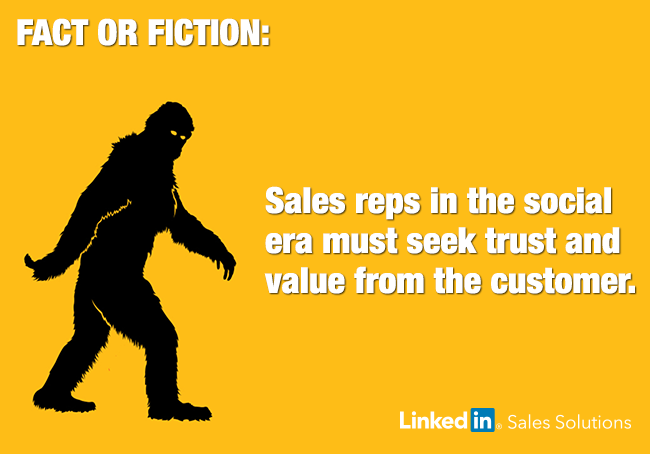 Snopes has established itself as the premier source for urban legends and myths – and while most are debunked or resolved, some still live on as conspiracy theories. There are numerous stories related to sales that have appeared on the Snopes site, some straddling the line between fact and fiction.

Here are some examples of sales-related urban legends on the Snopes website, and what sales techniques teams can take from these stories.

The myth: Conspiracy theorists have identified claims of subliminal advertising for decades, but this one was an early example of the practice in movie theaters. James Vicary, a market researcher who conducted an experiment in 1957 with subliminal projections, concluded that they convinced moviegoers to purchase more popcorn and soda – increasing Coca-Cola’s sales by 18.1 percent. At the time, Vicary’s claims spread throughout media and generated fear among consumers. But Vicary’s experiment had one fatal flaw – Vicary himself.

The reality: Vicary had lied about his results, and could not replicate them in subsequent studies. The threat of subliminal advertising had not been confirmed, and Vicary was instantly discredited. Still, the concept of forcing consumers to purchase something against their will has been a popular conspiracy theory. Responding to this ever-present paranoia requires transparency and honesty from the sales side.

The lesson: Sales representatives in the social era must seek trust and value from the customer above all else, and not bury a hidden agenda within their processes. LinkedIn’s sales techniques allow professionals to build relationships before they engage in selling – placing greater emphasis on trust and honesty over closing a deal.

When you are approaching a prospect, here are ways to build trust during the selling process:

The myth: This tale is weaved from a common challenge for many international sellers – translating their messages for a foreign audience. Chevrolet attempted to sell its original Nova automobile in Spanish-speaking markets in the 1970s, but the car sold poorly without any clear explanation. Rather than blame the slow sales on the car’s functionality, myth-weavers claim that the product name was directly responsible. “Nova,” they argued, is translated as “doesn’t go” in Spanish – and thus the car idled in Latin American auto lots.|

The reality: Perhaps it was the car’s functionality that ultimately doomed it – because the name explanation gets lost in translation. While “no va” literally means “doesn’t go”, few Spanish speakers would use the phrase in that context. The myth also has geographical inconsistencies – some versions claim that Chevy pulled its stock from Mexico, while others identify Venezuela and Argentina.

The lesson: Regardless of the myth’s validity, it does show the importance of speaking the same business language as your prospect – even if you don’t share a natural language. This is where social selling can help bridge the gap by providing additional prospect information for more informed translations.

When reaching out to a foreign prospect with social selling, keep these tips in mind:

The myth: This legend illustrates the allure (and danger) of slang language in sales. In 1986, an electronics store chain ran commercials offering their latest stereos for “299 bananas.” (The word bananas was a widely-known term for dollars at the time.) The myth claims that a few dozen customers held the store to its word, showing up with loads of bananas and demanding fair trade for the new stereos.

The reality: The stores obliged – though it lost thousands on the banana transactions.  No one on the sales or marketing teams thought that someone would take a slang phrase literally – demonstrating the danger of using slang to make your selling points. As a result, the stores were forced to accept $50 worth of bananas for a $300 stereo.

The lesson: There’s a reason why sales gimmicks are considered bad practices – they are used to mask poor sales techniques. The words and actions you choose matter – especially when selling via social media. Here are some tips to ensure your communication is gimmick-free:

Effective sales strategies aren’t urban legends – the best social sellers rely on LinkedIn’s tools for strong prospecting throughout the sales funnel. Connect with us @LinkedInSelling if you’d like to learn more about our services.