How Social Selling Became a Building Block to Our Success 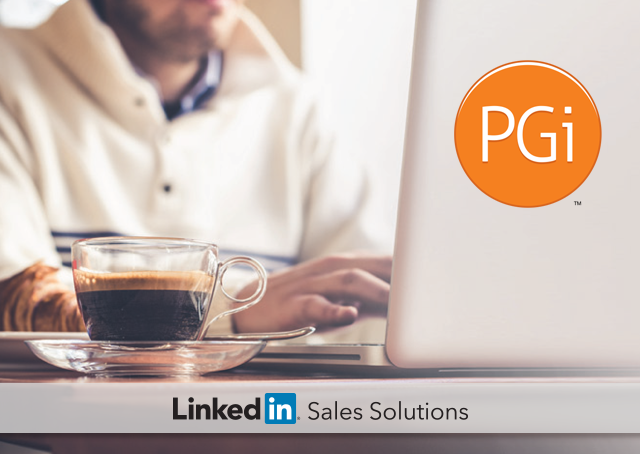 In 2012, PGI EMEA was faced with the same dilemma many companies faced -- how to drive better and warmer leads to our sales population. We were finding the traditional routes of leads were often outdated and that our salespeople were spending too much time researching these leads. We were finding that our dial days were not as effective as they once were, and when reps did reach a lead, they were already halfway through the buying process and  it took longer and longer to close the deal. This resulted in sales having an inferior pipeline and ultimately, reduced sales.

We also found that the sales teams were working very hard for their money and closing smaller deals than they should be. To add to this complexity was the fact that we were entering into a different market due to new products we were selling, and prompting our sales people to research and profile customers they weren’t previously familiar with. In summary, we needed to find a tool to help us address all of these issues.

Our Pioneers of Social Selling

In 2012 I started working with LinkedIn after witnessing two of my sales managers demo how they were using the product. I saw the way these two managers were using it to build leads, research contacts and enter new market segments. That year I bought eight licenses (as my budget had been spent) and gave them to people who were champions of the product. By starting small, I was able to prove the impact very fast.

The following year, we moved up to 26 licenses and our ROI increased tenfold. I soon saw that reps who used these products were winning bigger deals, closing deals very quickly and were also the reps winning all the sales incentives. These were clever reps who saw the benefit of LinkedIn and used it wisely. That year was a real eye-opener for me. These reps shared relevant content, were savvy about what groups to join, followed their prospects’ activity and listened to their social activity. This enabled very warm introductions and allowed them to get meetings with better decision-makers faster and thus close deals much faster.

“Reps shared relevant content, were savvy about what groups to join, followed their prospects’ activity and listened to their social activity. This enabled very warm introductions and allowed them to get meetings with better decision-makers faster and close deals much faster.”

Meanwhile, something else became very apparent to me. I had mistakenly seen LinkedIn as a tool just for the acquisition team, but some of my Key Account Managers (Relationship managers) who I had given some accounts to as a test started to have amazing success here too. They began to find other departments and other locations of accounts where they had a presence, which really helped them penetrate deeper and wider into their accounts. It also facilitated multi-threading so they had more than one contact within an account. This also helped with selling different products into the company. One of our new products, for example, is fantastic for recruitment and many of our Key Account Managers used LinkedIn to find the best groups for recruiters, started to share quality content about the benefits of using iMeet for Recruitment, which led to deals.

“I run a Social Seller of the Week Program where we share our best practices and our wins.”

In mid-2014 I purchased 63 LinkedIn Accounts, and now Social Selling is a key building block to our success. Our fantastic Relationship Manager Amanda Wong, has led some excellent training, development and usage in this area. I run a Social Seller of the Week Program where we share our best practices and our wins, and with the new Sales Navigator integration with Salesforce and Outlook, things have never been easier for our salespeople. Each day with the Lead Builder and alerts, they can see when key contacts leave their role  and whether anyone in their network knows someone they are trying to contact. The Reps use LinkedIn daily, and every month we do some type of knowledge share. In the last year as an organization, we have grown our SSI scores by 28% with a 22:1 ROI and we are helping our salespeople become experts in this area. This is now a key focus each week and we do league tables on all our results. We incentivize our teams on Social Selling and next year I believe we will grow even more.