Does Mirroring Work in the Age of Social Selling?

Discover how mirroring and social selling can be a viable combination for today’s sales professionals. 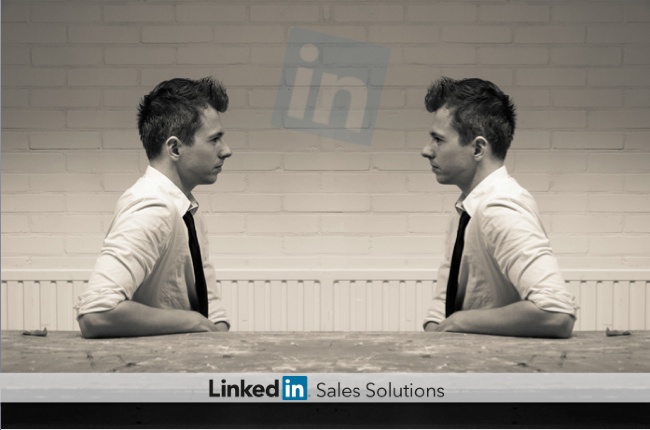 Sales professionals are increasingly finding value in building their own pipeline through social selling. However, what does that mean for legacy sales tactics that have been used for decades?

Take mirroring, for example. An age-old sales tactic, mirroring involves the adoption of a prospect’s physical and verbal behaviors. When used appropriately, mirroring can help build rapport with the prospect through familiar body language and speech patterns. Gifted salespersons can seamlessly mirror their prospect’s behaviors and remove initial suspicions from the pitch.

Mirroring carries a negative connotation for some, who perceive the tactic as disingenuous. However, most sales pros believe mirroring is merely about making slight adjustments to generate greater comfort with the prospect. That’s essentially what effective mirroring does – it shows you respect your prospects and their preferred forms of communication.

For social selling, mirroring becomes a tactic where salespersons adopt the social behaviors of the prospect audience. Here are 4 ways you can leverage mirroring to aid your social selling success.

Pay attention to what your prospect is sharing

Studying your prospect’s social activity gives great insight into their preferences, likes, desires and interests. Their engagement is your research – so pay special attention to shares, comments, etc. Look for mutual interests that you can discuss during a pitch.

Where are your prospects spending the most time in social? Are they communicating with industry peers via Twitter? Do they frequently stroll through LinkedIn group discussions? Use those channels as your mirroring tools and adopt similar communication styles within them. Remember to be natural with it – prospects can usually tell when you’re faking interest.

This is the best way to identify the qualities that your prospects value. Gain valuable insight into their interests by reading their own written recommendations. Then, check the recommended people themselves to see if you have connections with them – it could offer a new referral path back to your prospect.

Study the words that your prospects use on social media – the slang, industry jargon and phrasing that personifies them to others. You don’t have the benefit of physical or verbal cues as guides, so rely on the next best thing – their own words. Once you’re identified how they refer to given industry topics, gradually weave them into your own communication in order to make a quicker connection.

If you are sending a strategic InMail  to a prospect, this is a great place to leverage the insight you have gained to make a quick connection via the subject line and in the opening of your communication.

As social selling is increasingly adopted by sales professionals, old-style tactics like mirroring have required new perspectives. You may not be able to see or hear your prospects on social media, but you can still use language and engagement to gain valuable knowledge.