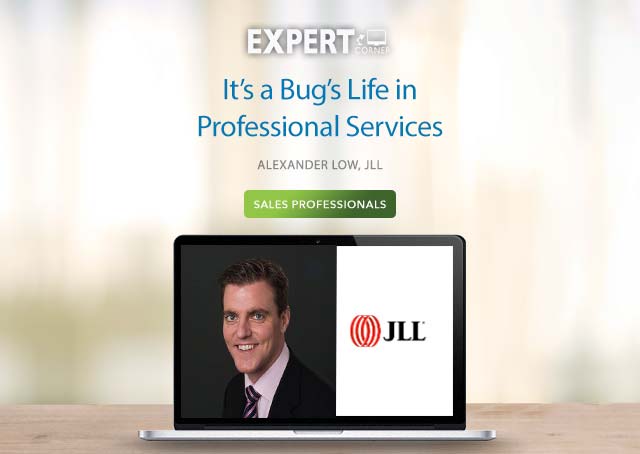 Ants: they’re annoying, and some would say insignificant. Perhaps they should have asked for a bigger cut from Pixar (ok, the film was called Antz, but that wouldn’t have worked for my title).

Wikipedia has this view of these common insects “…Ant societies have a division of labour, communication between individuals, and an ability to solve complex problems…”

Those three phrases caught my eye – “division of labour” , “communication between individuals” and “solve complex problems”.

If we look at their division of labour, studies show that every ant has a defined role in its colony, from the Queen ant to soldier ants and worker ants. This is all well known to most people, but what has it got to do with Social Selling in Professional Services? A lot, in my opinion. Be it accountants, lawyers or surveyors –– I see a lot of similarities between their hierarchal, at times highly complex business lines and an ant colonies. Both include different divisions with highly specialised, specific roles. Sometimes these roles  work for the greater good of the colony or client, but more often than not they’re designed more for the greater good of their own business, and sometimes the greater good of the colony can be overlooked.

When it comes to communication between individuals, ants evidently do this extremely well – humans, not so much. There is too much noise in today’s business world, leaving you drowning in emails and information overload while trying to keep up with your specific task or division of labour. We are time-poor and communication-weary, and this can be detrimental to the colony or the client. A missed email, lack of comments in the CRM system or even a missed meeting can lead to potentially larger business issues, such as missed risks or vital pieces of information or news that can mean lost revenue opportunities.

Finally, solve complex problems. I have been lucky enough to work with some incredibly intelligent people across the three aforementioned sectors, which are extremely adept at solving complex business issues. – However, sometimes these are the firm’s best kept secrets not only externally outside of their particular market, but also internally. So often, I’ve been in a meeting and heard the line “I had no idea we even did that, if only I had known this I could have introduced to my client, but the opportunity has gone.” Again, this also signals a lack of communication.

So what has this got to do with the professional services sector and social selling; a huge amount, in my opinion. – The professional services sector (accountants, lawyers and surveyors) lack the dedicated sales teams you would see in other sectors such as TMT or Business Services. As professionals in these fields move up the ranks, they go from executing work delegated to them by senior members of their team to having to generate business for themselves, sometimes with little formal sales training. This means that they are still tasked not only with solving complex problems, but now need broader communication and a clear division of labour to succeed.

With the above in mind, what is the answer? I believe it is technology - in particular LinkedIn’s Sales Navigator. This tool will connect the colony by enabling fluid communication, breaking down barriers and unlocking previously untapped resources.

If we refer back to the division of labour, where   everyone plays their part and has a role, what is important to understand is that in a business, everyone can play a part in the organization’s social selling efforts.  Everyone from a junior member in the finance or IT department to the CEO could have connections with the power to unlock the opportunity you have been pursuing. While this role might not require them to sell, these efforts are a vital part of enabling the sales process.

Yes, there is a training element that needs to be addressed, but experience has shown me first-hand that once you bring the concept of social selling to life, there is an awesome light bulb moment where they get social selling.  Professional services firms that can harness the power of their colony are a force to be reckoned with.

Salespeople who are expected to generate income as they move up in their business lines can now access a tool to leverage their business’s full potential -  they just need to think about the ants.