Learn how to transition the old-school salespeople on your team to the new era of social selling. 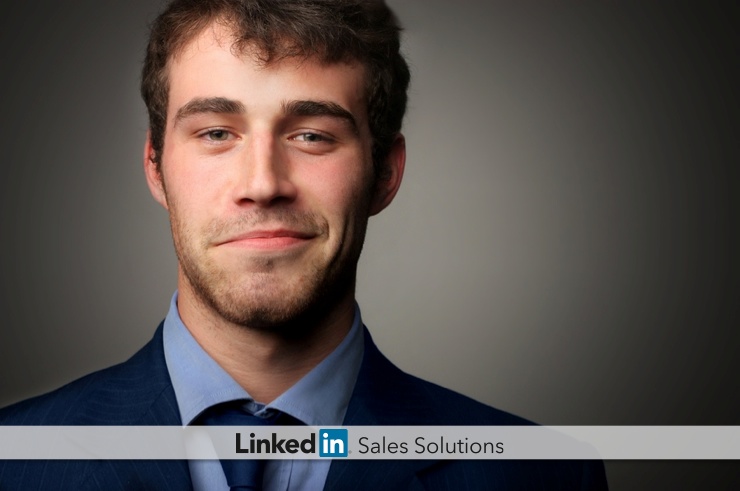 My name is Barry Evolvowitz. I’m a sales manager in Anytown, USA. I love teaching my sales team how to generate leads, drive them through the sales funnel and close deals.

I’m here to chronicle my journey as a Sales Manager so that others – like yourself – can learn from my experiences.

Your team is likely made up of a variety of sales people, all bringing unique experiences and skill sets to the table. It’s our job to capitalize on the best of these skills and hone the rest.

Increasingly, social selling is how the large majority of my team achieves results. A new skill set for some to learn? Yes. One to ignore? Absolutely Not.

I have an individual on my sales team, let’s call him Guy Hardsell. You probably have a ‘Guy Hardsell’ on your team, too. Guy is your typical old-school sales pro insistent on trying to close deals using antiquated sales methods and tools.

Here are just a few things we’ve heard Guy say around the office:

As you can see, I had my work cut out for me. You might be asking yourself, “why bother? Why not just find a new sales professional willing to adapt to the era of social selling?”

Well, despite all his quirks, Guy is passionate about selling – a quality not always easy to find. And even though it’s been a struggle for him (the cold calling numbers game doesn’t work like it used to), I was convinced Guy had the potential to shoot up the leaderboard and drive revenue once he adapted. Now I just needed to figure out how…

A sales professional doesn’t stick around as long as Guy has without having a few skills at his disposal. When Guy’s cheeseball intros actually work and he connects with an interested prospect, he asks excellent questions and listens intently to what the prospect is saying.

Then, when the time is right, he maps the solution back to the prospect’s needs using the prospect’s language. His closes are still a tad aggressive, but we can work on that, too.

To boost Guy’s confidence, I’ve had him train some of the newer reps on asking discovery questions and truly understand the prospect’s needs.

Your old-school folks like Guy aren’t going to change unless they’re convinced it will lead to bigger commission checks.

So I started convincing. Using my LinkedIn Usage Reporting Dashboard, I showed Guy how four out of the five top salespeople on my team also ranked in the top five for metrics such as days logged in, searches, profile views and communication. This got his attention and with proof behind this approach, it wasn’t an old-school vs new-school conversation anymore. It was about driving results, which Guy is all about.

Now that Guy was ready to learn, we started working on his LinkedIn presence.
First, his profile:

Next, his connections and communications:

Guy still has some learning to do (don’t we all?), but he’s well on his way to becoming a social selling superstar now that he is experiencing the results for himself.

Learn why LinkedIn Sales Navigator can transform almost any old-school sales pro into a staunch supporter of social selling.