Learn how one LinkedIn salesperson has transformed her sales process using Sales Navigator. 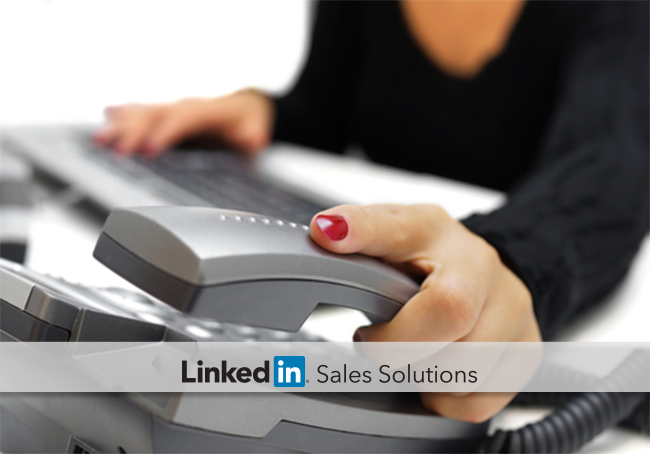 Here’s what a typical day looked like for me at my last job as an Account Manager: do limited LinkedIn research on prospects, then aim to make 30 cold calls a day, out of which only one or two people even picked up, usually annoyed. Rinse and repeat.

My first sales experience is a pretty common one, but what was obvious to me even in such a traditional setting was that LinkedIn was essential for prospecting. Even before I started using Sales Navigator, LinkedIn was my go-to for customer research—and I hadn’t even unlocked its full potential yet.

A few months ago, I became a Sales Development rep at LinkedIn for Sales Solutions, where I sell to other salespeople the tool that I myself use as a salesperson. To give some context, I am on the inbound team and engage with customers who are already somewhat interested in Sales Navigator. So I can’t really speak to outbound prospecting, which is a major part of Sales Navigator, but I can briefly talk about how it’s affected my specific role. My team’s goal is to elevate the sales professional, and these are three of the ways Sales Navigator makes major strides in that direction:

I wasted a lot of time doing things the way I used to.

Cold calling is an obvious time-suck, but another big one was my research. I would spend way too much time trying to find the right people to speak to and see their profiles.

I would start off on Hoover’s, which was usually outdated. I would then use my basic search functions on LinkedIn, and sometimes type strings of quotations on Google to try to get further with my LinkedIn search. But even if I found the right person, I couldn’t see their profile most of the time because they were beyond the network I had access to. My colleagues at one point shared a trick that allowed them to see more profiles, which was a lifesaver for a short while until LinkedIn soon discovered and disbanded it.

With Sales Navigator, I can now use its many filters to find the right contact and also figure out a basic org chart for a company. And I no longer have to maneuver through complicated tricks to see profiles because I now have visibility up to my 3rd-degree connections.

Efficiency never goes out of style.

The term “scavenging” is a harsh one but that is how I genuinely felt, sneaking around the crevices of the Internet to find scraps of information about people who did not want to talk to me.

One of the things I used to scavenge for was a prospect’s email addresses. When I wasn’t able to find it on Hoover’s, I would sheepishly experiment with a bunch of email combinations to try to figure out the correct one. This usually entailed just trying to email an address and hoping Mailer-Daemon didn’t rear its ugly horns and bounce it back to me, or using a low-grade email verification tool that I found on Google.

Now with Sales Navigator, I can simply InMail the people I need to speak to.

My conversations with prospects used to be extremely awkward. Most of the time, I would be flustered that someone had actually picked up my call. I would then be on the defensive from the start, knowing that my call wasn’t welcome. So I would rattle off my spiel as quickly as I could, hoping they wouldn’t hang up or interrupt me. Although I had probably done some basic research on the company, I usually didn’t have much information on the person I was speaking to. This was a big mistake because ultimately you sell to people, not companies.

Sales Navigator helps me conduct research in two ways: enabling the 3rd-degree visibility I mentioned earlier, and giving me the ability to see status and content updates from leads I’m not connected to, which I can leverage in my next conversation to build rapport.

Warmer conversations make it a lot more comfortable not only for the prospect, but also the salesperson. I feel more at ease knowing more information about who I’m talking to before I call them. Now when my conversations are awkward, it’s mostly because I’m just an awkward person, not because of the process.

Now that I use it, I can’t imagine doing sales without Sales Navigator. It not only helps bring in more business by prioritizing quality over quantity, but it also works to transform sales from something that used to be considered sleazy into something more genuine. Constant rejection is something that most salespeople get used to, but it shouldn’t be the norm.

What’s funny is that once I left my previous post, the company implemented Sales Navigator and I’m sure it’s made the sales world a little bit warmer.