Turning Down the Opportunity of a Lifetime 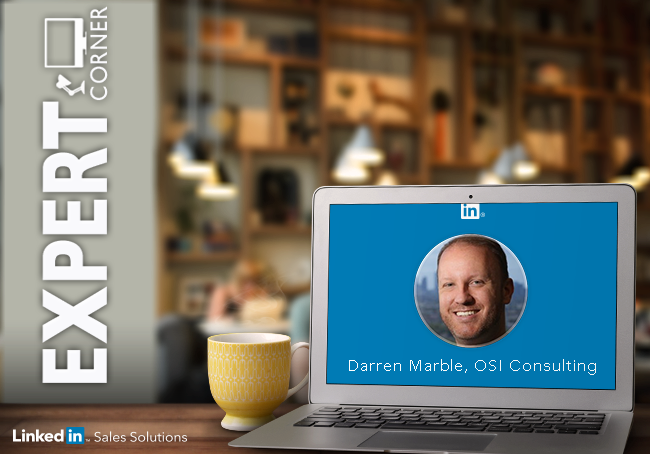 A few years ago, after several successful years in field sales in the enterprise applications partner community (we’ll call the enterprise apps company “Flux”), an unexpected, once in a lifetime opportunity presented itself. The top performing Flux sales rep in Southern California (we’ll call him “Mike”), who was also one of the top performers in North America, pulled me aside after a sales meeting, looked me right in the eye, and laid out his proposal.

“Marble – I’m telling this to you, and you only; not even my manager knows. I’m planning on leaving Flux, and I’m joining the top Flux partner in the Western US (we’ll call them “Blade”) – and I want you to come with me. We’re going to crush it.” I couldn’t believe what I was hearing. Mike, a guy who had made a small fortune selling Flux’s enterprise software for 9 years, who was admired by all, and even had a nickname, the GOAT – “Greatest of All Time” – wanted ME (over dozens of other sales reps in his network) to join him at Blade. He was even going to fire a legacy Blade sales rep that had the most lucrative territory in the entire company, and have me replace him. After years of grooming by Flux, I was deemed ready for the top tier. Together, Mike and I were going to conquer the world.

At the time, Blade was known in the partner community for 3 things: winning deals, paying their sales reps absurd amounts of money, and most notoriously, for bombing their implementations. What generally happened is that Blade would win a deal for $1mm, the project would go completely off-track (always too late for the client to turn back), and would ultimately be delivered for $3mm. From the client’s perspective, their implementation was considered a disaster, since it went overtime, and 3x over budget. To Blade, however, they just captured 3x revenue, and the sales rep just earned 3x commission. I remember Mike telling me very matter-of-factly that this overage was a key assumption in Blade's business model.

To make it more complicated, I had just gotten a verbal on a deal where I was actually competing (and winning) against Blade. It had been a year-long sales cycle, and my current company desperately needed both the win and the revenue. Part of Mike’s plan for me was to “flip the deal” to Blade. I was going to resign, Mike was going to call my prospect’s CFO, point to my resignation as a sign of weakness in my current company, and attempt to steal the win for Blade at the wire. I had seen stranger things happen over the years.

Despite Blade's reputation for poor delivery, and Mike’s determination to flip my deal, I was enticed to make the move. Blade offered me a six figure base salary (a 30% increase over my current salary at the time) and an incentive compensation plan littered with generous bonuses, accelerators and perks – it was the stuff of sales legends. Not only was Blade a high-performing sales machine (as they had the most elite sales team and pre-sales resources in the country, and won about 90% of their sales cycles), but Mike was a sales prodigy, and I felt honored and humbled that he wanted me to make the move with him.

The more I pondered the offer, however, the more uncomfortable I became. While I felt that I had genuinely earned the opportunity to work at Blade and make that kind of income, I also felt that Mike was putting me in a bad spot, and was using me as a pawn to flip this one deal. Given that I had just received the verbal over Blade, I was being pressured to make a decision in a matter of days. An aggressive salesperson to the core, Mike was pushing hard for a 2-for-1 deal. It was a bittersweet offer, and I didn’t know what do to.

The Best Advice I Ever Received

I was extremely fortunate to have a handful of devoted mentors at the time, and I contacted each one to seek their advice. My most trusted advisor then was the person (we’ll call him “Dan”) who first hired me into the Flux partner community, and had been with me from day one. Interestingly, Dan was close with both Mike and me, and he had relationships across the board at Flux and Blade.

When I asked Dan what he thought I should do, he gave me this advice: “Be true to your essence, and you’ll make the right decision.” Initially, I brushed this comment aside as I thought it was esoteric and fluffy, and instead directed the conversation to considering the legal risks that I would be taking to flip the deal to Blade. Later that evening, however, as I lay in bed thinking, I revisited Dan’s comment and let it sink in.

I started to realize that everything that this move represented – from Blade and their “win at all costs” mentality, their track record of destruction, their arrogant owner, and to Mike and his selfish desire to take me AND the deal where I had Blade beat, and his casual attitude about firing Blade's legacy sales rep to bring me on board – was in fact completely misaligned with the values I held both as an individual, and as a salesperson. I was better than this, and I knew it. After careful consideration, to Mike’s complete shock and awe, and to Blade's owner’s dismay, I turned down the offer.

Although it was not easy to walk away from the money, when I look back on it today, I can say with no hesitation whatsoever that turning down that offer was not only the best career decision I’ve ever made, but it was a defining moment in my life. It strengthened my moral compass as a salesperson and now as an entrepreneur. It allowed me to take control of my own destiny, and has helped me to become a more authentic leader. I know precisely who I am, what risks I’m willing to take in my career, and when I need to walk away.

I walked away from Blade more than 5 years ago. Since then, I’ve started my own technology company, have had the opportunity to coach others through guest lectures about entrepreneurship and sales leadership at the Stanford Graduate School of Business, USC Marshall School of Business, and others, and still managed to earn a great income over the years to support my growing family. I still work in the Flux partner community as well, and I’m proud to be employed by an ethical company that cares about how they play the game, and strives to deliver value to its customers. Thanks to Dan’s enduring advice, I was able to choose the right path. For that, I am forever grateful.

Making the right decisions in work or life is not always easy. In sales especially, you will oftentimes find yourself at a fork in the road, with no map to guide you. In those cases, I offer this advice: