Want to be Director or VP of Sales? Aim for a January Promotion! 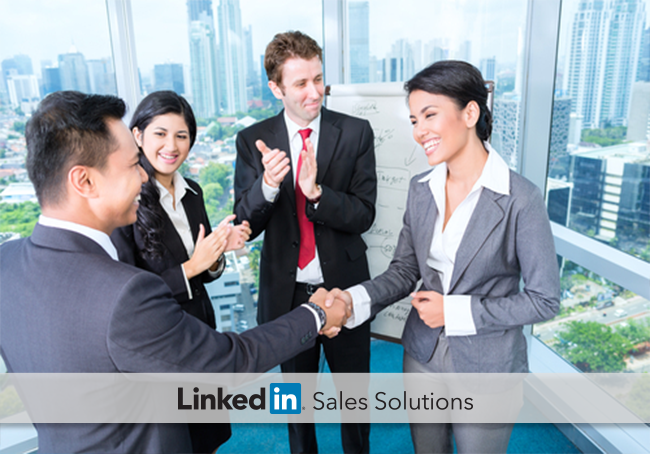 Our data showed that most promotions tend to happen in January,  followed by April. The pattern of promotions across the year follows a distinctive pattern. Unsurprisingly, we find that promotions are more common in the first month of a quarter (January, April, July, or October) than the other months in that quarter.

In sales, January is a great month for promotions since annual quotas have been closed out and top performers naturally progress to the next level. Lower-level promotions (from individual contributor to manager) are spread more evenly across the year but January remains a predominant month when people start new positions 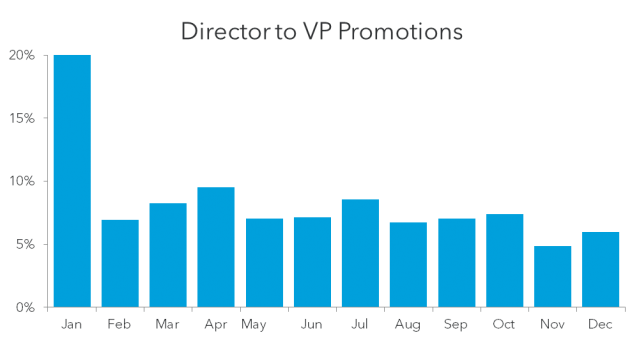 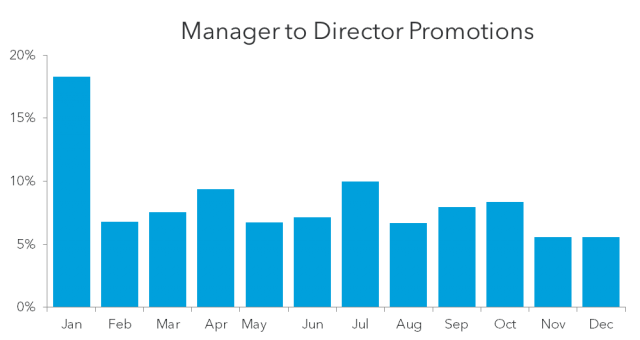 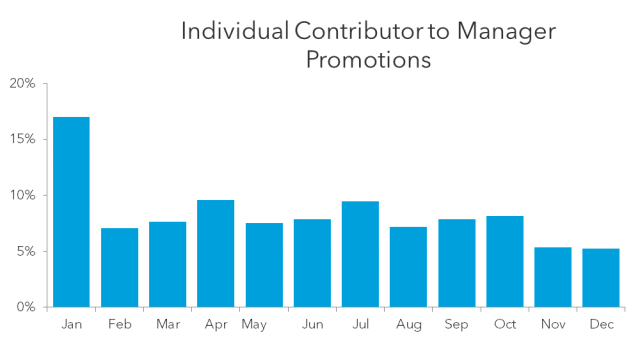 Notes about the methodology:

We started  with LinkedIn’s total user base of over 300 million members and identified a pool of users  in sales or client-facing roles using their job titles and headlines.. Next, we found people who were promoted from Director to VP, from Manager to Director, from Individual contributor to Manager within a company from January 2013 to December 2014. To avoid complications with titles between companies, we limited the pool to people whose promotion was within a company (i.e. someone who left company A as Director to go to company B as VP was excluded). We then looked at the month each promotion took place and produced the graphs you see above. There weren't significant deviations between 2013 and 2014, so the graphs represent promotions that occurred in both years.