These aren’t actors in this picture. These are recruiters. Real recruiters who spend their days acquiring talent just like you do.

They are the cast of Top Recruiter, a wildly popular reality show on the Internet.

Chris LaVoie, the show’s creator, is a seasoned marketing and advertising executive. He wants to shape how the world perceives recruiting. “We are elevating the profession and giving a taste of what recruiters do every day. But instead of making boring videos, we’re making fun ones.”

Here’s how the show works: six recruiters from around the world live in a Miami mansion for a week, and compete in a variety of talent-acquisition challenges. Viewers vote online for their favorite recruiter when each episode goes live. The recruiter with the most votes at the end of the season is named Top Recruiter.

Wait a minute, you may be thinking. The recruiters you know don’t look or dress like the ones above.

“First and foremost, the show has to be entertaining. If it isn’t fun to watch, people won’t watch it,” says Chris.

He must be doing something right. There have been over four million viewers in just two seasons.

Jer Langhans, Season 2 runner-up adds, “These recruiters are 100% the real deal, and have thriving careers back home. Sure the show is edited, but it’s not scripted or fake.”

While the show is more Top Chef than Jersey Shore, it has its fair share of bold personalities and drama. “The power of the reality format is putting the spotlight on the people. Audiences fall in love with personal stories and struggles. And every recruiter has a story. We wanted to tap into that human spirit,” says Chris. 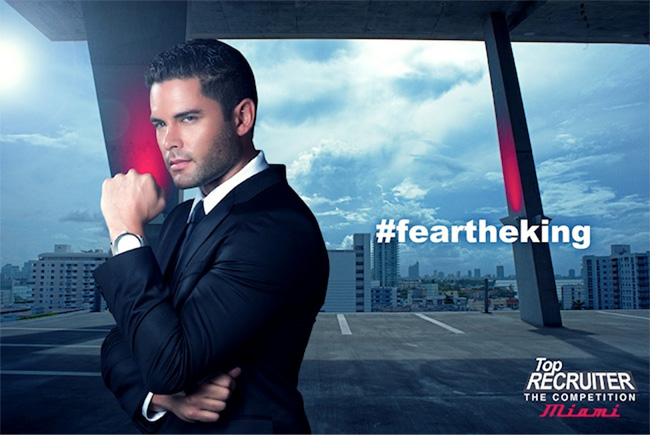 Educating Along with Way

The challenges in each episode are designed to test and teach. “No recruiter is perfect. Everyone on the show gets humbled. Everyone learns something,” Chris explains.

Jer can attest to that.

For one of the challenges in Season 2, he had to source some java developers in preparation. He blew it off. “The producers won’t show us combing through our networks on LinkedIn,” he reasoned. “That wouldn’t be exciting enough.”

He was dead wrong. He lost the challenge, and critical votes along with it.

But he rebounded with the employer branding challenge. For that task, he had to sell a candidate on Clear Channel Communications. Jer used the technique that he always uses: 1) uncover the employee value proposition by asking one simple question, i.e., “Why would someone want to come work here?” 2) learn the candidate’s goals and motivations and then 3) find the bridge between the two.

He nailed it, and won that episode. 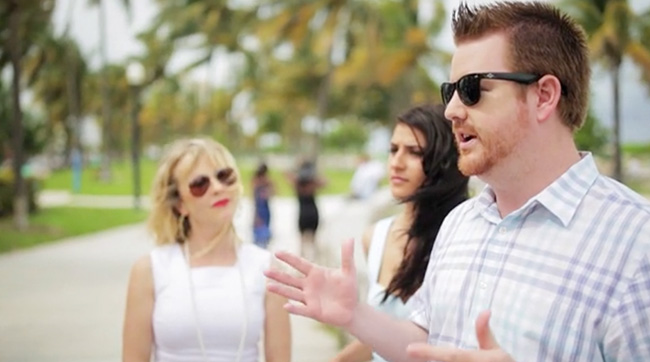 Jer Langhans (on the right) completing the employer branding challenge in Season 2.

“There are golden nuggets in each episode,” Chris explains. “Little tips and reminders that recruiters can use to be better at their jobs.”

Another way the show educates is by including a mix of both corporate and agency recruiters, addressing some of their respective stereotypes.

“Agency recruiters can get a bad rap,” says Jer. “Getting to know some of them on the show reminded me that when it comes to talent, they care about the same things as the rest of us. It’s silly how we put people in boxes. We’re much more alike than different.” 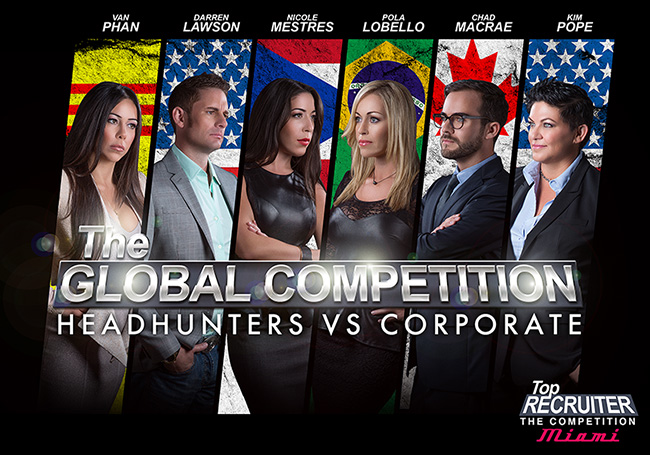 Glamorizing recruiters isn’t easy, and the show definitely has its critics.

But Chris doesn’t mind. “If no one is talking about the show, then I’m not doing my job. Whether people feel love or hate, as long as they feel something, then I’m succeeding.”

He uses the feedback to make the show bigger and better each year. In fact, Jer was a staunch critic himself in the beginning. After watching 10 minutes of the first season, he sent Chris a scathing email that went something like:

“I know recruiting, and your show doesn’t represent my world. Your show is the furthest thing from reality.”

Needless to say, Jer is now a convert.

“I think it’s a good thing when traditional, stodgy, jaded talent acquisition leaders see this show and think it’s the worst thing ever,” says Jer. “I don’t want to be involved in some boring HR department of yesteryear. I want to be on the cutting edge of sourcing, branding, and tools, and that’s the spirit of this show.”

So the next time you need to unwind or have a laugh, give Top Recruiter a try. It may not pass as “professional development,” but don’t be surprised if you learn a thing or two.

Have you watched Top Recruiter? Let us know @HireOnLinkedin.

Note from the Editor: LinkedIn is not affiliated with and does not sponsor or endorse Top Recruiter. This post is meant to spark discussion and inform the industry.