This October we are celebrating 5 years of Talent Connect. That’s 5 years of bringing together talent professionals to share stories, learn from one another, and ultimately, transform the way the world recruits.

Over the years, I’ve been lucky to attend our Talent Connect conferences across 3 continents, and wanted to walk you through my favorite moments. Check out the list below for a good mix of inspirational speakers, artistic performances, thought-provoking stories and Yetis...yes, Yetis.

1. Sekou Andrews explaining what recruiting and dodgeball have in common in a spoken poetry presentation (Las Vegas 2011)

“Everything I needed to know about this job, I learned on the 5th grade playground... when it was finally my turn to pick the kids to join my team for dodgeball.” -- that’s how Sekou Andrews kicked off his powerful 5-minute story about recruiting. I had never heard a presentation using spoken poetry before so that was big highlight. Sekou’s words quickly mesmerized the audience and that became one of the best/most motivating conference finales I have seen.

Senator Cory Booker - then Mayor of Newark, New Jersey - delivered a powerful keynote in 2012, sharing his belief that the talent profession is an important catalyst for transformation. And Cory Booker knows a little something about transformation - during his tenure as mayor of New Jersey's largest city, he championed job creation and education reform, and initiated programs to reduce violent crime, increase affordable housing, and support high-risk youth in Newark. You’ll be inspired by his story, so grab a coffee and take a look at the video of his empowering speech.

I had a blast in Las Vegas in 2012 when I got the chance to ask recruiters about their recruiting superpowers. They told me about their X-ray vision, their mind-reading skills, their ability to change people’s lives for the better and much more. I even picked up a few nifty blackjack tips.

4. Learning from Erik Wahl how to unlock your creativity and inner child (Las Vegas 2013)

Pablo Picasso once said “Every child is an artist. The problem is how to remain an artist once we grow up.” Erik Wahl - internationally recognized graffiti artist, author, and entrepreneur - delivered an impressive keynote-slash-performance art piece, on how to to make your organization more creative, innovative and profitable by unlocking that childlike passion and creativity.

Last year in London, we decided that “chilling” after the presentations needed to be taken to a new level... so we created the Ice Cave. The Ice Cave was a winter wonderland where attendees and speakers could network, relax, and meet with a few stray arctic explorers and Yetis. While the Yetis were not very talkative, they seemed to show sincere appreciation for the recruiting profession .

If you are curious how an Ice Cave comes together, watch this incredible behind-the-scenes video of the construction. Maybe you can recreate at your next party. 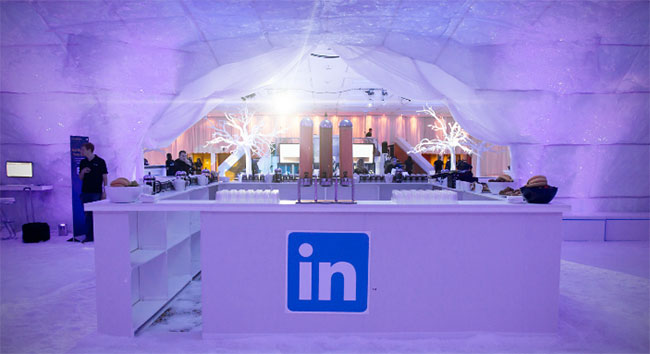 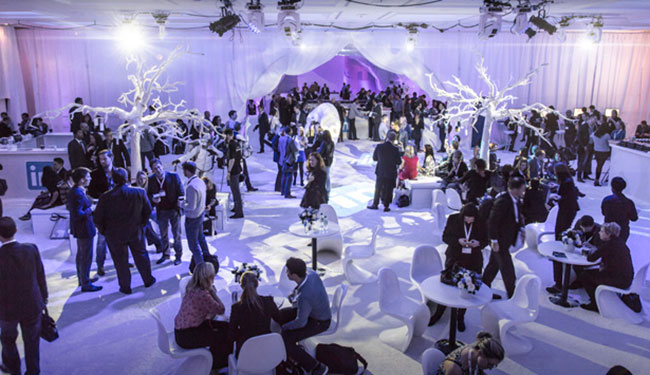 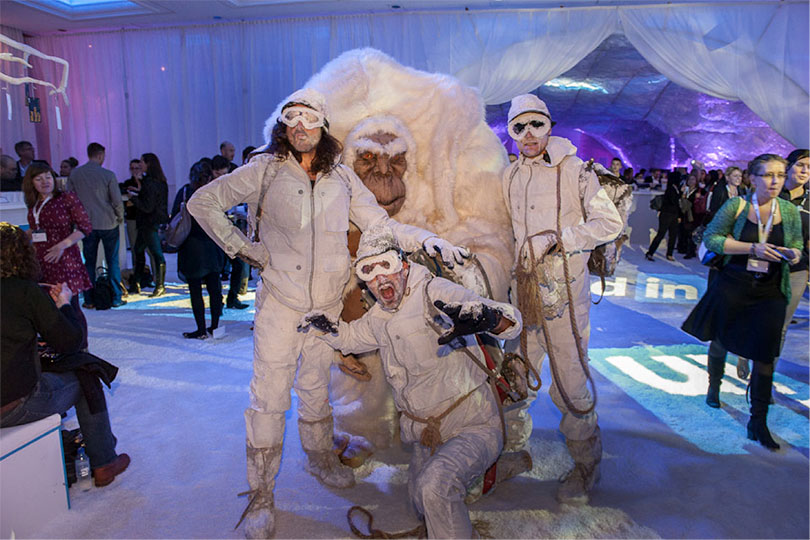 6. Learning to leap without a net with Sahar Hashemi (London 2013)

I hear time and again from talent professionals that they’re inspired by the opportunity to transform the lives of the candidates they hire. So it was no surprise that Sahar Hashemi’s keynote wowed the audience with her story of transformation from a lawyer to a successful entrepreneur. As a matter of fact, she became the co-founder of Coffee Republic, one of the main players in the coffee revolution that transformed the UK high street. Her relaxed mix of humour, savvy and fearlessness made a huge impact on the audience in the room, and those on the live stream.

7. Powerful stories from Hands Across the Water (Sydney 2014)

In times of crisis, leaders are defined both by their actions and by their ability to make decisions without deliberation - to act with confidence but without recklessness. Peter Baines, Founder of Hands Across the Water, ended this year’s conference in Sydney with a striking keynote on how we should embrace authentic leadership by guiding our teams to the next frontier with honesty, integrity, sensitivity and passion.

Drawing on his experience in such areas as victim identification after devastating natural disasters, and terror threat assessment, Peter focused on the heart-wrenching stories of difficult decisions that must be taken in the most extreme of circumstances.

Long before the Oscars selfie was twinkle in Ellen Degeneres’ eye, speakers Ed Nathanson & Pat Wadors got in on the action at Talent Connect Vegas in 2013. Meet the speaker/audience professional photographer semi-selfie... 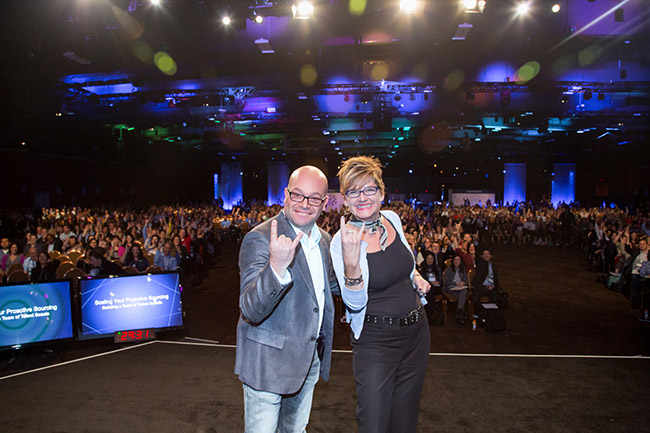 …and Ed one-upped himself 6 months later at Talent Connect Sydney. This year, Ed will be joining us again in San Francisco as the presenter of our online live-stream experience, Talent Connect Live. 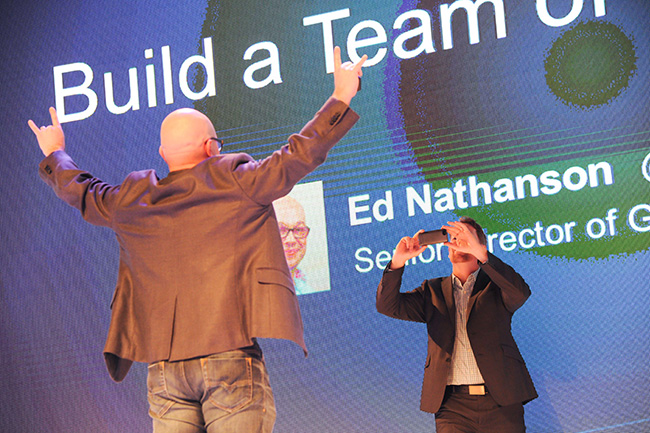 9. Kicking back at the after-party at every Talent Connect, every year

The conference after-parties have become unmissable. The MGM Grand has hosted some spectacular pool parties over the past few years, and in London in 2013, we partied at Madame Tussaud’s with a host of waxwork celebrities - and a few live impersonators! My personal highlight was The Fresh Prince of Bel-Air theme song as performed by our resident “Will Smith.” Needless to say, the audience knew every single word and did their best to drown him out! 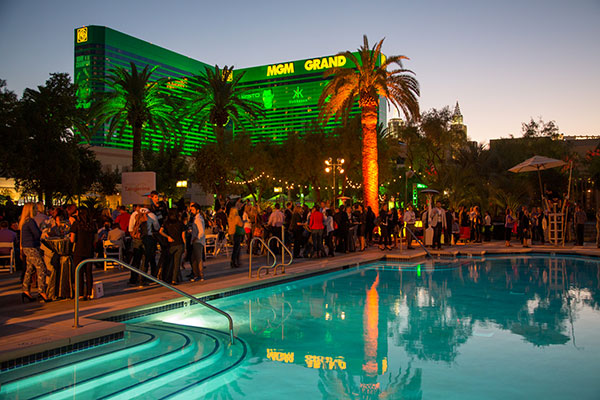 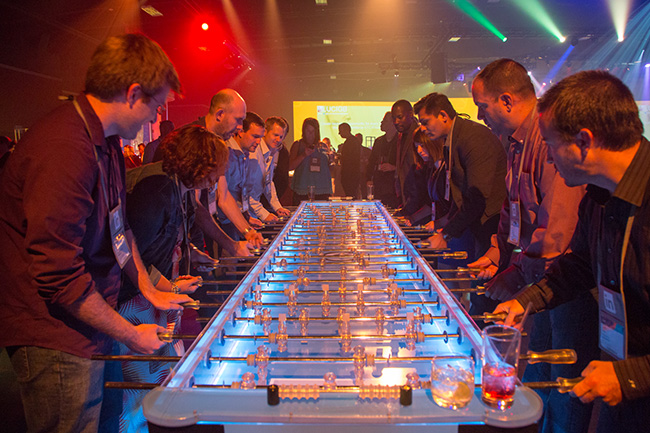 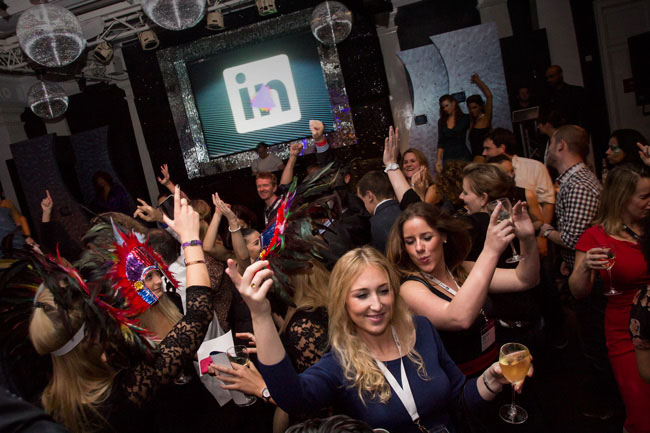