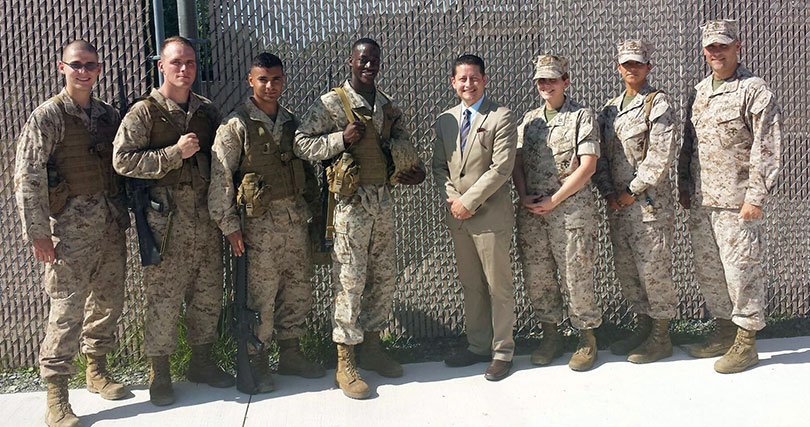 There are many things that can change the course of your recruiting career. In my case, it was a person: Matthew David Garvey, a former Marine Corps gunnery sergeant and New York City firefighter.

Matt is no longer here to tell us how his military service showed the quiet strength that veterans can bring to a company: He gave his life on September 11, 2001, when he and other members of FDNY Squad 1 entered the south tower of the World Trade Center before it collapsed. So I’ll tell his story and mine, and why getting to know Matt has transformed how and who I recruit today.

A Leader, Right from the Start

In the 1990s, I worked at a firm providing private security to financial institutions. We needed to hire highly professional, physically fit people to protect executives. Matt had just completed his military tour and was working on a college degree. His demeanor stood out right away – he was prepared, smart on his feet, and direct – just what you’d expect from a former Marine.

We hired Matt as a supervisor, and in just a few months, we promoted him to oversee the day and night shifts. Even while Matt was working hard for us, he went to school and got his degree. He became a friend as well as a colleague – he had a lively sense of humor even though he’d been a tough Marine.

A few years later, when he told us he’d be leaving the job to become a firefighter, we were happy for him. He ended up joining the elite Squad 1 of the New York City Fire Department.

In the hours after the attacks on the World Trade Center on 9/11, news spread of the 343 firefighters who lost their lives. Seeing Matt’s name on that list of firefighters was something I’ll never forget.

Matt was my first-ever veteran hire. Since getting to know him – and many other veterans over the years – I’ve become passionate about the importance of hiring veterans and spreading the word about how they make businesses better.

When, shortly after 9/11, I began working for the American Cancer Society as Director of Talent Acquisitions, hiring veterans became my mission. They show extraordinary teamwork capability, far beyond what anyone has in the private sector. They don’t take credit for themselves – they give it to the team. It’s what makes them real leaders.

At the same time, I saw how veterans struggled to find jobs after they left service. They deserve better – and I was surprised more businesses weren’t tapping into this rich source of talent.

In 2011, I saw that Verizon was looking for someone to run its national military outreach and recruitment programs. I thought to myself that this might be the only position I’d leave the American Cancer Society for – and I said a little prayer that if I got the job, it was a sign that I could help veterans get hired in a much more significant way. My little prayer was answered, and today, I’m Head of Military Programs and Veteran Affairs for Verizon Headquarters.

Every company should be on the lookout for veterans to join their teams – and not just because they deserve our support after serving our country. Veterans usually have specialized knowledge that’s highly desirable to businesses, such as experience with advanced technology. They often have security clearances, which are helpful if your company does work for government clients.

Matt Garvey, my first veteran hire back in the 1990s, has inspired me ever since to hire service men and women. Thanks to that gunnery sergeant, veterans from every branch of the service are coming to work at Verizon. Recruiters should embrace the goal of increasing the number veterans in their workforces – it’s not only a smart business decision, but a patriotic one.