One of the highlights of this year’s Talent Connect conference was a visit from Laszlo Bock, SVP of People Operations at Google. Bock took the stage in a packed house of over 3,600 talent acquisition professionals to give a behind-the-scenes look at hiring at Google.

Bock began by explaining that Google gets over three million applications a year but hires only 7,000 people annually. That means one in every 428 people gets a job at the company. To put that in perspective, that’s about 20x more selective than gaining admission to Harvard or Stanford.

So how does Google go about hiring this top talent? Bock boils it down to three key rules.

1. Set a high bar for quality and never compromise.

Bock explained that as companies grow, there’s usually a regression to the mean, so they end up hiring average people over the long run. Hiring decisions inevitably move away from the founders, while hiring managers become pressured to hire faster and to hire people just because they are someone’s nephew or college roommate.

Then when employees see poor performers, it sends the message that it’s ok to compromise, so they stop working as hard, and the best ones leave.

One way in which Google ensures it keeps a high bar is by taking the hiring decisions away from its managers. Instead, an independent committee reviews the interview results and makes the decision. And amazingly, Larry Page still reviews every offer that goes out the door. 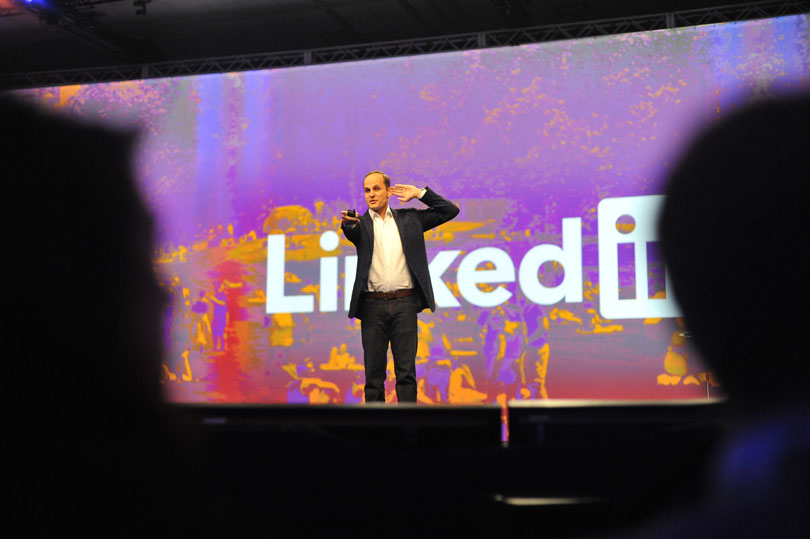 Bock cited research on unconscious bias and how even interviewers with the best intentions make snap judgments and inferences that drive them to hire the wrong people.  “Without us realizing, our brains conspire to make bad hiring decisions.”

He noted a 2004 study in which researchers sent out two sets of identical resumes to companies, one with names that were traditionally white (e.g., Fred, Sally), and the other with names that were stereotypically African-American (e.g., Tameka, Jamal.) They found that they had to send out 50% more resumes if using an African-American sounding name than if using a white-sounding name, even though the backgrounds were identical. The thing is, explained Bock, that most people aren’t overtly racist – the screening differences were simply a result of unconscious bias.

To combat this problem, Google has established clear criteria to assess each candidate objectively. The four elements are:

Google no longer uses test scores, GPAs or brain teasers to assess candidates. Instead, the company looks for how well candidates pick up new information and solve problems, qualities that are better predictors of performance.

Bock emphasized that leadership doesn’t mean being the VP of the chess club or having a fancy job title. Google is looking for ‘emergent leadership,’ or the ability to step in to help solve a problem, and just as importantly, to step back when it makes sense for someone else to take charge.

This means being comfortable with ambiguity, bringing something new to the mix, and having intellectual humility. It’s the ability to say, when presented with new information, ‘I was wrong, and here’s my new position.’

This is having the skills and knowledge to perform in the role. Bock explained that this is the least important of the four criteria: “We figure if you have the other three qualities, you’ll figure out the rest.”

Bock acknowledged that everyone interviews differently, so in order to standardize the process, Google has clear rules to assess the quality of responses. It uses structured interviews, or a consistent set of questions.

“You don’t have to write your own,” he told the audience. “Search online for ‘structured interviews,’” and then added with a laugh, “It’s not my place to tell you which search engine to use to do that, but if you do, you’ll find all kinds of samples.”

There are two types of questions Google asks in every interview:

Behavioral questions, such as“Give me an example of a time when you solved a really hard problem.” These are good questions because they give a sense of what the candidate considers difficult, or whatever other attribute you are asking about.

And here is a visual clue to help you remember to use these two types of questions: 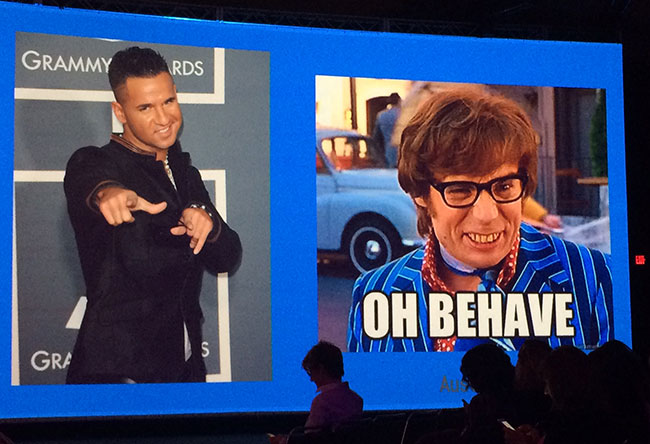 Bock is ruthless. He throws out any interview feedback that doesn’t follow this protocol.

3. Give candidates a reason to join.

Bock explained how the first two rules are a means to an end: they help make sure the recruiter is finding and talking to the best people. But how then does that recruiter convince candidates to actually join Google?

“It comes down to meaning. Work for most people is a mediocre experience, but it doesn’t have to be. All of us want our work to mean something.” And it’s your company’s strong mission, Bock explained, that can help turn people’s jobs into callings.

He then introduced Googles’s best recruiter, Alan Eustace, SVP of Engineering. He explained that Eustace finds a way to connect that human desire for meaning with every individual he talks to, and has successfully recruited hundreds and hundreds of candidates.

Bock acknowledged that a common critique he gets is “’Well of course you can do all these things; you’re Google so you can afford to.” But he went on to show that the ability to connect to a mission is not just a Google thing. He used an example of how a Sri Lankan textile manufacturer connects to a broader mission of lifting women out of poverty, and how a New York City deli slicer views his job as helping people in the world.

He also cited research by Yale’s Amy Wrzesniewski in which she asked everyone from nurses to engineers to teachers to janitorial staff about their jobs, and one-third of them, regardless of profession, considered their jobs to be “callings,” or much more than just a job.

“Our challenge as recruiters is to draw the connections between the jobs we have and the people we want to hire. Every single job can be a calling. It doesn’t matter whether you work at a textile factory, a deli, Google, or at your company.”

Bock closed his remarks with this simple statement: “We’re hiring.”

Want to hear more from Talent Connect? If you can’t join us in San Francisco, be sure to tune in to the live stream from 12:30– 2:30 pm on Wednesday, October 22.