Startup to IPO: How Opower's Talent Strategy Transformed through Growth

“It was incredible. I probably won’t ever experience anything like it ever again. To see seven years of hard work come together like that: it was an insanely fun day.”

That’s Dawn Mitchell, Head of Talent Acquisition at Opower, talking about the company’s IPO on April 4, 2014.

Aside from parties in every office, complete with champagne spraying stations, the day was a real turning point for Opower. 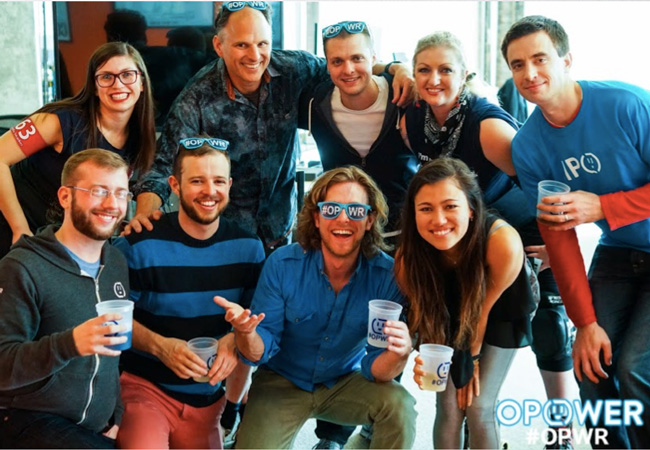 Going from a startup to a publicly traded company inevitably changed the corporate culture, including its recruiting operation.

Pre-IPO: A culture of recruiting

“It was made very clear from the CEO on down that recruiting was always our #1 priority, and that referrals in particular would be how we’d scale. We talked about recruiting and referrals at every company meeting.”

The company also held “Talent Tuesdays” every month, in which its employees spent the afternoon eating a catered lunch and actively searching their LinkedIn networks for top talent. (See how Mulesoft uses hire-a-thons to boost referrals too.)

In preparation for the IPO, Opower:

1. Grew its recruiting team from nine to 27:

Opower’s leadership expected the company to grow from 400 to 800 employees. After looking at past recruiter capacity and what it took to make the hires, they anticipated the spots we were going to grow in and came up with the number 27.

“If we could do it over again though, we would have supplemented some of those 27 full-time recruiters with contractors,” says Dawn. “We ended up scaling from 400 to 600 employees instead of 800: it’s still a tremendous amount, but growing from 9 to 27 recruiters was probably too aggressive.”

Opower wanted recruiters who knew how to operate in a publicly traded company and who had expertise in areas such as sales and engineering. “The business was making a shift in whom it was hiring, and these specialists brought in a level of credibility with hiring managers that we just didn’t have before,” explains Dawn. “They were integral in decreasing our time to fill in key areas.”

3. Adopted a structured approach to interviewing.

“In startup mode, whomever was around the office would conduct interviews,” explains Dawn, “But that wasn’t going to work as we scaled.  Plus we needed to give managers a tool to interview for the new type of specialist talent we were after.”

Dawn’s team infused two elements from the Who method for hiring to conduct more consistent and purposeful interviews:

For sales talent specifically, the team also created a case study for candidates to give them a sense of a typical situation with customers, and to evaluate how they would give the Opower pitch.

The team wanted to build a pipeline for the next wave of hiring to help shorten our time to fill, so they decided to add a sourcing function.

“But, we were still a somewhat volatile business, and our needs were constantly shifting,” says Dawn. “We ended up using the sourcers for very tough-to-fill roles, often pulling them in last-minute. It was very frustrating for them and they didn’t have the impact we wanted. If we had to do it over again, we’d put more support around them,”

“We knew we’d get a ton of buzz and press around the IPO, so we wanted someone to capitalize on that and build a presence for us from an employer branding perspective,” Dawn explained.

Here’s an example of a video targeted at sales talent:

Since the recruiting team was completely bogged down, Dawn and team found it was helpful to have someone dedicated to managing their brand. As a result, their Twitter, Facebook, and LinkedIn followers grew exponentially during that time.

“Now that things have calmed down and we know where we want to invest, we are building a more robust employer brand strategy, including our employee value proposition,” Dawn explains. “Since we’re a very different company now compared to pre-IPO, we need to put messaging around that for our employees as well as for our recruiters.”

Having someone on the team who was really passionate about metrics and this helped them start tracking their successes and failures, and have more data-driven conversations with the business.

The team did evaluations in such areas as:

Now that they have baseline analytics, the team plans to start understanding patterns over time, particularly where they have very high time to fills. “A key part of that growth is our new ATS, Greenhouse, where we can customize workflows by group and really dive into key metrics,” Dawn explains.