A Tale of Two Coasts: How Companies Compete for Talent in Boston vs. Silicon Valley

You have probably guessed -- that’s how Charles Dickens begins his classic novel “A Tale of Two Cities” drawing a parallel between Paris and London around the time of the French Revolution.

In the world of talent acquisition and retention, we too are in an important time in the history of our profession.

2014 was the year of the candidate-driven market. A time when companies are scrambling to position themselves as an “employer of choice” while candidates have more than just options, they have information. Initiatives like candidate experience and employment branding as more than just “nice to haves” but have escalated to being essential programs needed to compete for talent. Without them, companies don’t stand a chance today.

No two markets symbolize this competition for talent today more than Boston and Silicon Valley.

Silicon Valley is the land of “perks” – from free food to video games to very flexible work schedules – it seems like companies are pulling out all the stops to attract and retain great talent to the point where some of these perks have become “expected” by candidates.

In Boston, it is not so much perk-specific as it is driven by either being part of the “next big thing” or going somewhere “safe” (the economic downturn of the past few years has certainly had its effect on talent and their willingness for risk). Companies are giving out perks, but not at the level seen in Silicon Valley. Boston’s “free food” might consist of free bagels on Thursdays. Let me put it this way – if any Boston company had half of the perks I have seen in Silicon Valley – that would be like Willy Wonka’s chocolate factory here. Awesome – but is it real?

My recent move to start my own business, Red Pill Talent, has put me in the middle of these two markets. Currently, I am working with two high growth technology companies, CloudLock and Talend, and asked their views on this very competitive landscape for talent. Read on to find out more about how companies from Silicon Valley and Boston attract talent differently.

CloudLock, headquartered in Waltham, MA, helps enterprises protect their most sensitive information in public cloud applications with a native cloud security service. I spoke with Gil Zimmerman, CEO and Bernd Leger, VP of Marketing, on their views on the challenges specifically in the Boston market and how it compares to Silicon Valley.

Gil shared that “On paper, Boston should be one of the easiest markets to hire in, with over 100 higher-ed institutions pumping out talent every semester. After you take away the graduates that go back home or are lured to Silicon Valley to pursue their star on the tech walk of fame, peel away the talent drawn into the biotech giants, the reality is that Boston is a very competitive talent market with two extremes for technology companies. On the one hand, there are plenty of tech giants that are either based here or have a huge presence here that offer up Silicon Valley type perks and on the other hand there are smaller technology companies that are typically not the “ultra cool” and hip west coast startups that are focused primarily on consumer, viral, social, mobile, and growth hack based. Boston tech is mostly hard core, cutting edge, less glitzy, and focused on real world challenges that if and when they’re solved, make a huge impact.

In Boston, we “tech like we drive”, with a purpose and like our lives depend on it, no showboating or pimped out rides cruising to make a good impression."

Moving to the discussion of the differences between Boston and Silicon Valley, Bernd explained that “we all face the same challenges - how to hire the best talent that will make our companies even greater. I do think there are slight nuances in the approaches and brand challenges. Silicon Valley certainly has a lot more technology companies so the competitive environment for talent is a bit different. The West Coast also has a reputation for higher risk taking with more successful start-ups being acquired or going public although we are starting to see a number of anchor companies in the Boston technology scene who are turning out repeat entrepreneurs. I also believe that employees on the West Coast have a higher propensity to look for the next great opportunity faster where in the Boston scene people are a bit more loyal. Non-competes in Massachusetts might have something to do with that”.

Bernd continued “Boston has done an incredible job over the last 10 years in creating a completely new startup scene and so the race is on for younger talent that feeds innovation from the ground up. The key is to keep that talent here in Boston. You no longer have to go to the West Coast to build or be part of a great fast-growing company.”

Gil added “East coast recruitment challenges for startups are competing with big tech employers that have household brand names, and all kinds of perks you can’t get at a startup. East Coast culture is much more business focused and serious, and for those that appreciate that, it’s the only place to be. East Coast employers are often portrayed as slow to adapt to newer management and corporate styles, but the reality is that they smaller tech companies and startup on the east coast are a very healthy combination of business acumen with cutting edge business approaches. Silicon Valley recruitment feels like it’s much more about selling the dream of Silicon Valley with a purposefully alternative corporate culture where there is less structure and more freedom for individuals, even in larger companies. The immense competition and density of employers in the Silicon Valley makes retention a huge problem and employees are constantly tempted to jump employers, even if only to consistently bump up their compensation.”

Big data is on the tips of everyone’s tongues these days, and Talend is right in the middle of all of it. Talend helps companies put all of their data to work wherever it is. Talend has locations around the world and is headquartered in Redwood City, CA.

Mike Tuchen, CEO of Talend, has a very unique perspective, as he has been a CEO in both Boston and now Silicon Valley. Mike shared: “I’ve worked in both the Boston hiring market and the Bay Area market in the last few years. There’s no doubt that we’re in the middle of a technology boom on both coasts. We’ve seen an escalating war for talent. It’s most acute in the Bay Area, and especially hot for engineering roles.  At Talend we’re fortunate to sidestep the hottest part of the talent war since we don’t have our engineering team in the Bay Area, but we see it for every other role that we recruit here. When we built our new corporate HQ in July we spent a lot of time thinking about where we should locate in order to be convenient for the kind of people we’re hiring. We spent a lot of time building a fun environment that fosters great teamwork: bright, open, modern centered around a communal hub with a dining room, ping pong, pop-a-shot, and more. It’s an important enabler to get the physical part right.”

Gianna Driver-Balme, VP People Operations at Talend, added “As you can imagine, with all of this explosive growth comes a demand for talent. We’re seeing a candidate’s market out here right now, meaning highly-qualified candidates have their pick of jobs and companies. The competitive market for talent is doing wonders for revolutionizing company culture. Candidates are realizing great jobs are plentiful, so they’re looking “beneath the hood” and analyzing all the non-material aspects of a company. Things like company culture, company values, the “fun-ness” of a company, the energy and vibe you get when you walk in the door—all of these things matter, and they matter a great deal in this market.”

We then turned the conversation to Mike and Gianna’s specific views on the differences in hiring in Boston vs. Silicon Valley. Mike stated “ Boston is a much smaller market so it’s easier to stand out. In the Bay Area there’s a lot more noise, some real and some less real. We have a lot more successful companies at every stage from early stage through growth and pre-IPO, and of course a ton of megacap players that are still growing at a rapid rate. This means that you have to work harder to get above the noise.”

Gianna stated “I think we have a bit of a “rising tide” effect. Meaning, we’re in a world and space where the technology industry is growing by leaps and bounds. We feel that starkly here in Silicon Valley, but it’s not just here; it’s on the East Coast, the Mid West, the South. It’s also global. With these companies come opportunities. And yes, there’s a fight for top talent. What I’m also seeing is more and more remote-working environments and more situations where a company may have employees scattered throughout the US. What this means on a tactical level is that the growth in, say, Silicon Valley directly affects the job market on the East Coast because in this new world, we can be just as excited about hiring someone in Boston as in Chicago, Austin, or San Francisco. Telecommuting is becoming more normal, and global mobility is becoming more and more embraced. 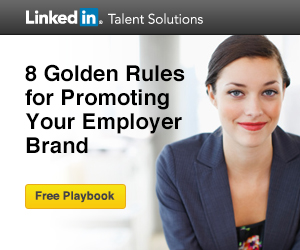