5 Ways This Company Enabled Employees to Boost Its Employer Brand

To compete for talent in some of the hottest markets in the world, companies need to have a strong talent brand strategy. It’s no longer enough to have just great products, funding or services.

In this series, we last explored the story of CloudLock and how they were able to stand out in the Boston Market. Now, we turn our attention to a company sitting smack dab in the middle of the most competitive market in the world: SIlicon Valley.

Some background on Talend

Operating in the big data space with 500 employees headquartered in Redwood City, CA, Talend is in hyper-growth. They needed to scale quickly on the talent acquisition side to keep up with their business demands. But, unlike some of their larger company brethren in the Valley, they didn’t have the big budget or built-in consumer brand name recognition to attack this problem.

To help Talend attract more talent and meet their goals, I’ve been partnering with them via my company Red Pill Talent and working to build their talent brand strategy. After just a few months of implementing new initiatives and other strategies spearheaded by their head of global talent acquisition, Jon Stanners, the results have been outstanding (and all at little to no cost):

So, how did they do it? Here are some of the methods that led to these great numbers:

1. Developed a social channels plan and strategy, encouraging employees to jump in

During our partnership, we worked on a strategy to unify all of our social efforts under one employment brand name and theme that would be trackable, measurable, and consistent. We also wanted it to tie together all of the social channels.

In just a few months, we’ve seen incredible progress on LinkedIn with a 27% increase in followers and an average of 7.5 new followers per day. Our other channels have also been showing great results and follower growth. Recent tweets like the one below from @teamtalend have engagement levels as high as 9.8% (between .5% and %2 is considered good). 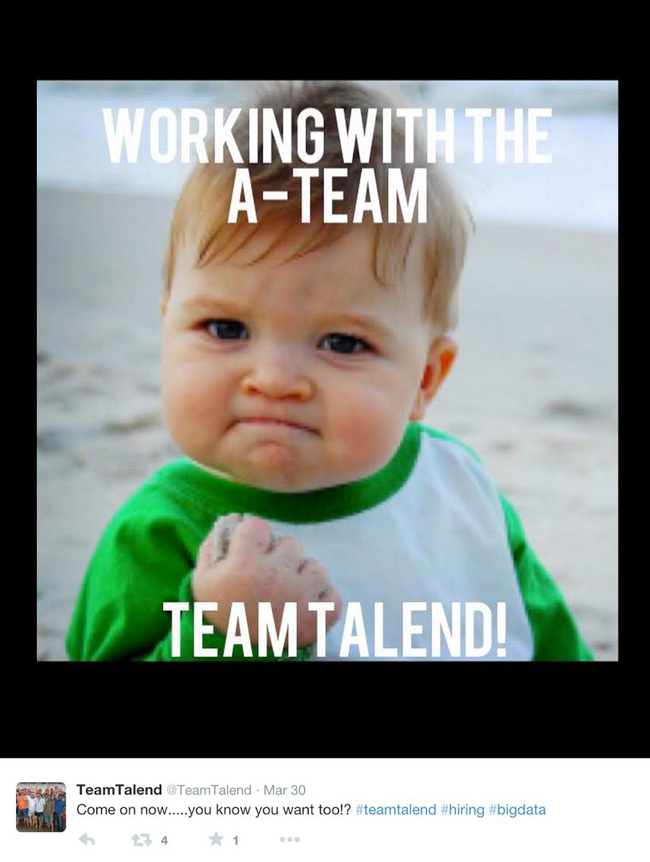 To encourage Talend’s employees to share about life at the company, we held social media training sessions to motivate them and give them confidence. The fact that this effort was backed by the executive team as an important initiative helped get immediate buy in.

The outcome has been an increase in company followers, engagement and, most importantly, referrals to Talend. Through Q1 of this year, Talend has already received almost half of the total number of referrals they received all of last year.

Here’s a great example of a Talend employee using social for talent brand: 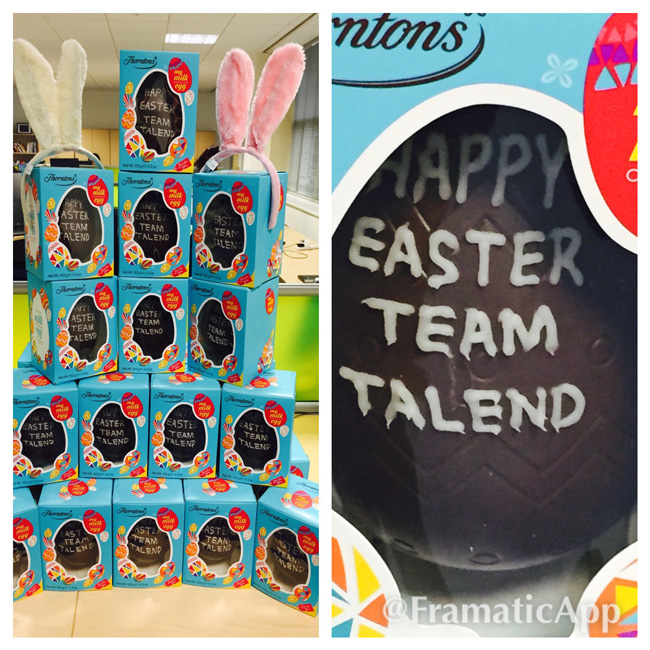 Talend is also highlighting their employees in monthly spotlights: 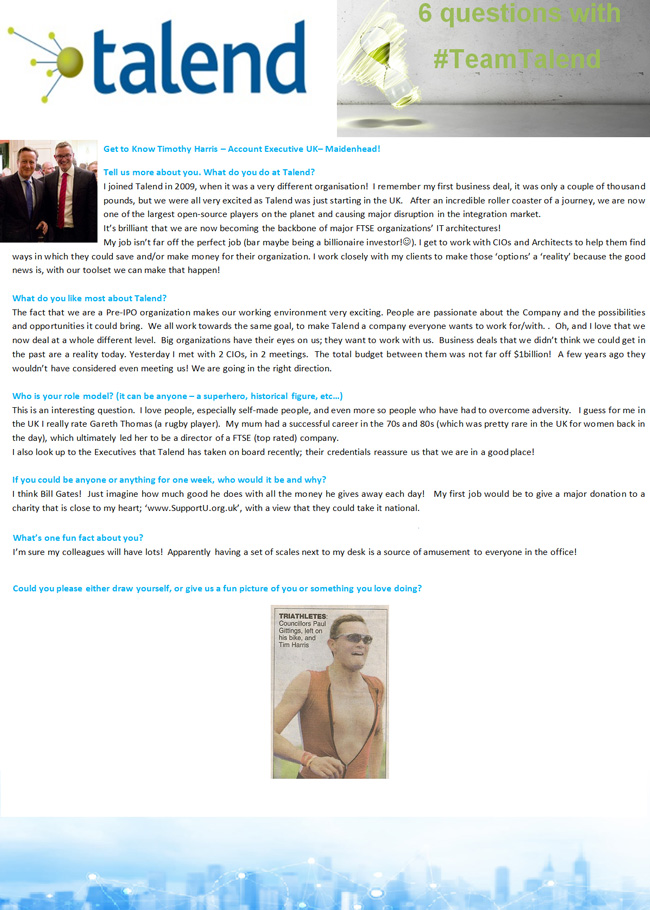 These have been great traffic generators for Talend, with each post averaging 4,000 + impressions on LinkedIn.

Lastly, when we trained the teams we told them to take lots of pictures. And boy, did they ever. Some of our best performing content has been employee-generated photos, including this collage from a recent holiday party that generated 10,000 + impressions, and 256 clicks. 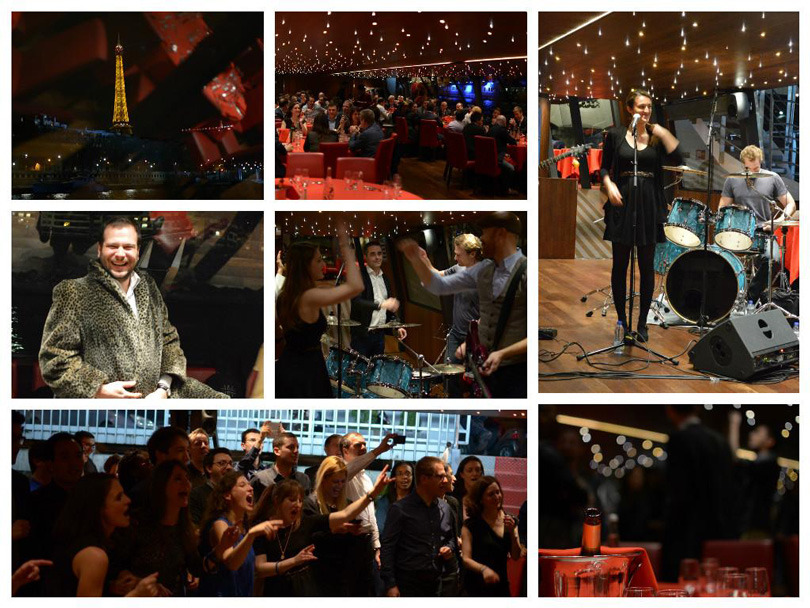 3. Video killed the radio star - but helped talend brand itself

Today, video is a key component for any strong talent brand strategy. As a big data company, Talend developed a “Talend Loves Data Geeks” theme of videos, showing in a humorous fashion, that Talend truly “gets” these folks. Have a look at one of the videos showing what happens when a “data geek” eats some pizza:

On top of these videos, Talend has been using free apps, like Magisto, to create easy to make and fun short videos for sharing office happenings and get togethers. These videos cost nothing to make, except the time from the “actors” and a willing iMovie editor.

A great attraction strategy is important. But if you don’t have the internal team set up to support these efforts, then it can be all for naught. Jon Stanners worked to set up strategies to prepare for the increased awareness and candidate flow.

“I aligned the team to our divisional verticals, thus creating specialists within the Global TA function. I focused the team on branding and attraction to drive pipelining rather than 'hiring', on the assumption that hiring would take care of itself if we had a healthy pipeline of candidates. This doesn't strike me as rocket science...but I guess the hunch turned out to be a pretty good strategy!”

Candidate experience was also a key focus for Talend. As proud as they are of their culture and sharing it socially, they understood that attraction isn’t any good if the experience for candidates isn’t consistent throughout the process. With that in mind, they created a new role called “Candidate Ambassador.”

This role has enabled Talend to really stand out to applicants, especially in markets like Silicon Valley. They have implemented several initiatives that have driven positive candidate survey feedback, with the team currently averaging an 8.5 out of 10 on candidate surveys based on their experiences interviewing at Talend. Some of the key initiatives here include:

As you can see, you can have big results without spending big money. None of these initiatives cost more than time. And the results show how much it pays off. Even in uber competitive markets like Silicon Valley, you can stand out with a great attraction strategy if you are genuine about your talent brand and enable your employees to be loud and proud with their experiences.