Particularly when someone else is doing the advertising for you.

HBO’s hit comedy Silicon Valley -- which, as the name implies, pokes fun at the irreverent and geeky startup culture in Silicon Valley – has a funny website dedicated to the fictional company featured in the show, Pied Piper.

In the show, Pied Piper is hiring new developers, so naturally the fictional website has a fake career section advertising those positions: 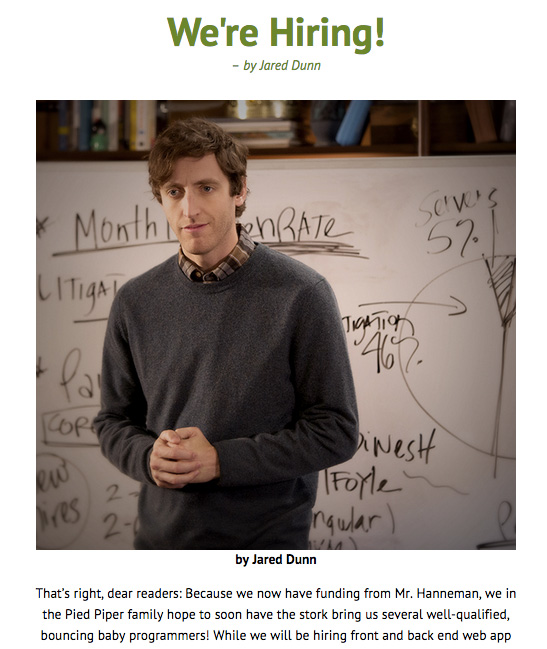 The job postings on the career site are filled with actual requirements – deep expertise of C++, experience with large distributed database design  - and several humorous ones, such as fat-positive, dog-friendly, Satanism-tolerant. The career page is being promoted in Facebook ads like the one below as a clever way to market the show: 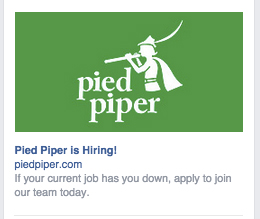 Along with the funny job postings, the career page has a comment section, which is filled mostly with risqué attempts at humor.

However, Viddyad saw that stream [which is generating a ton of traffic thanks to the HBO marketing budget] as an opportunity. Towards the top of the comment section is a posting by the company advertising real developer jobs: 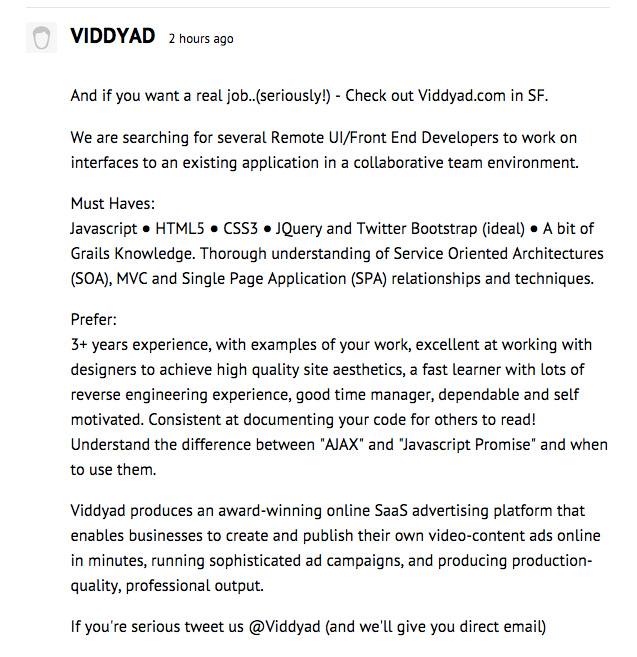 Why this is genius

This move is fantastic. First off, just from a practical perspective, it is really smart.

Bigger picture, it's fantastic because it shows that Viddyad really is always thinking about recruiting. And that commitment got them a free ad that reaches their target market, with some good PR to boot.