Ben & Jerry’s Employer Brand Recipe: It's About More Than Just the (Cookie) Dough

If I told you a company encourages its employees to bring their dogs to work and has a “joy gang” dedicated to improving the world, most people would assume it’s another Silicon Valley tech firm that believes in the “new way” of corporate culture.

And yet, I’ve described an ice cream company 3,000 miles from the Bay area that was created during the Carter administration. The fact is, Ben & Jerry’s Ice Cream has offered a casual, environment where employees can hone their creative skills and drive action in the community, since its inception in 1978, three decades before the concept ever came to Silicon Valley and became the prevailing “new way” companies do business.

Today, that tradition continues, as the South Burlington, Vermont ice cream manufacturer continues to attract talent with its iconic employee-first culture. But their mantra isn’t just about treating employees well or even making great ice cream; the organization also actively works to improve the world’s overall well being.

“We are not an ice cream company,” Jane Goetschius, the head of Ben & Jerry’s people mission team, told LinkedIn. “We’re a social justice company. We make ice cream, and we change the world.”

Ben & Jerry’s was started by two self-described hippies with almost no business experience - Ben Cohen and Jerry Greenfield – only after the bagel business proved prohibitively expensive to enter. And while the duo wanted to make great ice cream, they also wanted to build a company that gave back to the community and its stakeholders and advocated for positions the two men felt strongly about.

As far as treating their employees well, Greenfield and Cohen offered benefits like paid volunteer hours and giving out perks like three free pints of ice cream each day. On the making-the-world-a-better-place front, they put an emphasis on using only fair-trade, non-GMO ingredients and putting money and time toward social mission causes like improving the environment.

“Businesses can lead with their values and make money, too,” Greenfield said about his philosophy on business. “You don't have to simply be purely profit-driven. You can integrate social and environmental concerns into a business, be a caring business, be a generous business and still do very well financially.”

Nearly 40 years after Cohen and Greenfield started the company, Ben & Jerry’s is still delivering that promise. And not only is that helping the world and keeping employee joy high, it’s instrumental in acquiring purpose driven and brilliant talent.

The work environment at Ben & Jerry’s is a casual one, where dogs are encouraged and a free on-site gym offers Yoga classes. Heck, the first thing you see when you walk into headquarters is a red slide, a personification of the company’s efforts to improve employee happiness. 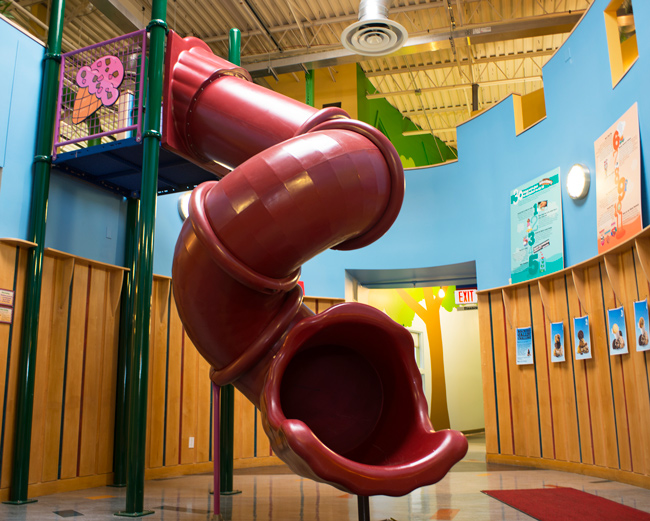 On top of that, there is a joy gang, which organizes monthly events like Halloween parties or team barbeques. And, most of all, there is a prevailing sense of a close-knit community within the company, instead of just colleagues.

“Just as an example, if someone is going through something and needs help, people always come out and do what they can to help those people,” Goetschius said. “There’s a real sense of community here that’s unlike any company I’ve ever been at.”

On the saving-the-world front, along with the emphasis on how the ice cream is made, Ben + Jerry’s social mission team runs programs like reducing climate change and helping countries achieve economic justice. The goal of these programs is for everyone to participate, not just a select few.

“Contributing to these programs is part of every employee’s core responsibility,” Goetschius said. “It’s part of our daily work here, across the organization.”

What does all this mean for hiring?

Because Ben & Jerry’s employer brand is so iconic – particularly in New England, where the company’s central office is based – and their efforts so much bigger than just making ice cream, getting great applicants isn’t a problem, Goetschius said. In fact, the average job posting for Ben & Jerry’s generally generates an impressive number of applicants, she said.

From there, the real challenge is finding people who will live and contribute to Ben & Jerry’s mission. Sure, people need to have the skills necessary to do the job they’ll be hired for, but interviewers also want to know if the candidate believes in Ben & Jerry’s values and has actually demonstrated that somewhere within their lives.

“That’s a big component,” Goetschius said. “We want candidates that are already aligned (to our social mission) before coming to Ben & Jerry’s. We want you to believe in the same things we do.”

The end result is the Ben & Jerry’s brand makes life easier on their recruiters by doing most of the attraction for them. A perfect example of that is Lindsay Bumps, a former veterinary technician who switched careers for one at Ben & Jerry’s in 2013 because of what the company stands for.

“What really drove me to Ben & Jerry’s was I wanted to work for a company that stood for something and that was willing to take the risk and effort to go beyond making a great product in the best possible way,” Bumps told LinkedIn. “There’s so much more to Ben & Jerry’s than what’s in a pint of ice cream.”