How Dell Turned Its Workforce Into an Army of Recruiters

Dell has found a unique way to both help its recruiting team and increase employee referrals: turn ordinary workers into an army of social media ninjas.

Since 2011, Dell Inc has been offering a voluntary eight-hour training on social media to its 100,000-person workforce, where employees can become certified by the company’s Social Media and Community University, a.k.a. SMaC U (pronounced “smack you”). Once certified, employees can participate in “power hour” refresher trainings to keep their skills fresh.

The goal is simple, said Sean Carey, the lead facilitator and content developer for SMaC U. If Dell’s employees understand how to best use social media, not only will that help them, it will help the company as well.

“We look at it as an employee building their personal brand while also helping build Dell’s brand in the marketplace,” said Jennifer Newbill, a senior manager of global talent at Dell. “So, to me, having someone who is engaged and vocal on social is a win-win.”

All this brand building obviously helps Dell’s marketing department, but it also helps Dell recruit and retain talent. Specifically, since the social media trainings have been instituted, employee referrals have drastically increased. That isn’t completely due to the trainings alone, but they do play a part, Newbill said.

“Typically, people who are more active on social and are talking about their organization and have great networks tend to have people come up to them and say, ‘Hey, Dell looks pretty cool, tell me what it’s like to work there’,” Newbill said.

So, what are some examples of the content that’s produced as a result of the certification and the power hour programs? Here’s a sad yet inspirational LinkedIn blog post by Kevin Green, Executive Marketing Director at Dell, that resonated with a lot of people: 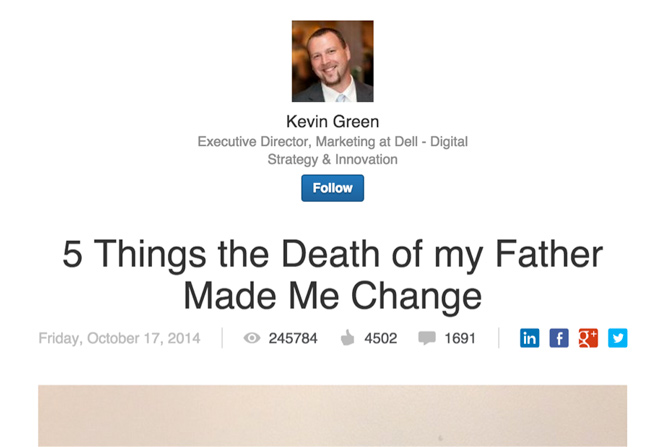 On a lighter note, here’s a funny LinkedIn blog by fellow Dell employee, Monique Bonner. that was also very popular: 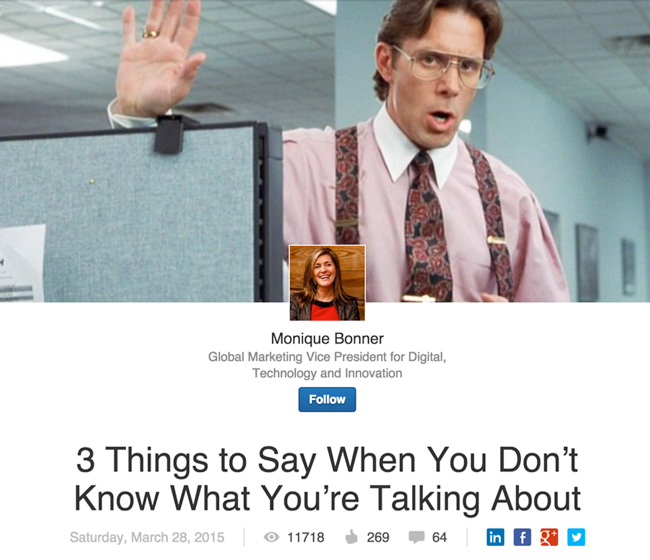 Also, since the SMaC U programs began, Dell has had a much easier time getting employees to contribute to company-created content, Newbill said. For example, the recruiting team recently wanted to do video tutorials of international employees about why they like working at Dell, and there was a plethora of volunteers, she said.

From that, the company was able more easily produce videos like this one:

The recruiting benefits from all this social media training

Today, 36 percent of Dell’s external hires are employee referrals, compared to 19 percent five years ago. That isn’t solely the result of the social media push, but it’s a major component of it, Newbill said.

“To me, it is a combined effort that includes employee advocacy and social networking,” Newbill said. “People refer when they feel motivated, connected and believe in the brand.”

Additionally, in this past May alone, Dell’s recruiting team produced nearly 300 pieces of content. That number was almost zero five years ago.

Overall, 15,000 Dell employees are SMaC U certified and over 1,000 participated in a power hour last year, Carey said. That’s added a vibrancy to that helps retain top talent as well, Newbill said.“Employees really want to have the opportunity to grow and learn,” she said. “This offers them that. Andreally, it’s those intrinsic things that tend to keep people at the company longer.”

Bottom line, with the initial certification and following power hours, Dell is turning its entire workforce into an army of brand ambassadors, marketers and recruiters. The outcome is a team that organically promotes Dell on social media, Carey said.

“We want to imbed social into the culture of Dell,” he said. “So it’s not an additional job, it’s something that enhances what (employees) are already doing.”