If You Really Want to Recruit More Women, Turn Up the Heat (Literally)

There’s a lot of talk today by business leaders about the importance of hiring more women, ensuring those women don’t leave when they start a family and promoting them to the C-suite. These business leaders say they want to crush the glass ceiling, once-and-for-all.

And yet, their thermostats tell a different story.

Yes, women of the world, it’s true: it really is cold in the office. At least, for you.

A new scientific paper has revealed that the heating systems of offices throughout the world are built to make men feel comfortable; which is creating a desire for working women everywhere to emulate this little fellow: 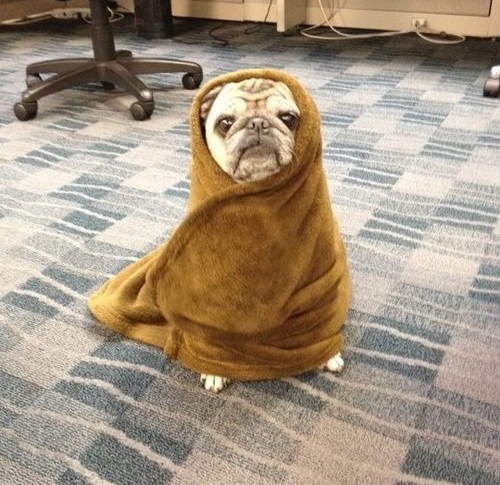 Seriously, Dutch scientists Boris Kingma and Wouter van Marken Lichtenbelt recently completed a study into making buildings more energy efficient. But what they discovered is that the heating systems of most buildings are designed off a 1960s model intended to make certain men feel comfortable (more on that later), not women.

“Indoor climate regulations were based on an empirical thermal comfort model that was developed in the 1960s,” the two men wrote in their study. “Standard values for one of its primary variables – metabolic rate – are based on an average male, and may overestimate female metabolic rate by up to 35 percent. This may cause buildings to be intrinsically non-energy efficient in providing comfort to females.”

In English, most women feel cold at work.

The thing is, offices arguably aren’t comfortable for men either

Ironically enough, most men (or, at least most red meat-loving, jogging-loathing men such as myself) aren’t making out in this deal either. As mentioned, offices’ heating systems are built off of a 1960s model, which was geared around making a man who is 6 feet tall and 154 pounds comfortable.

In a world of bacon-wrapped pizza and a hamburger with a hot dog on top, most men’s left legs weigh 154 pounds. And all of that extra padding is causing bros across the world to have an inverse reaction to most controlled climates.

In other words, we are really freaking hot.

What should you do?

Where does that leave us? Half of us are sweating to death, the other half feels like they’re vacationing in the Yukon, and everyone is miserable. Except the one 6-foot tall, 154-pound man at your work, who is miserable anyway because he never experienced the joys of the Son-of-a Baconator washed down with a Peanut Power Plus Grape Shake.

Still, we often hear about how the system is fundamentally against women, without ever hearing what specific system we’re talking about. Now we know: it’s the HVAC system.

So, if you really want to make a bold statement and recruit and retain more women, forget waxing poetic to the press or mentioning how you’re an “equal opportunity employer” in your job descriptions.

Instead, just turn off the dang AC.