If you are thinking about moving across the globe to take on a new job or you are a wiz at recruiting international talent, then the best place for you may be the United Arab Emirates. According to LinkedIn data, this is the country with the biggest influx of foreign professionals.

On the flipside, India is country with the biggest talent outflows. After analyzing the changes LinkedIn members made to their profiles, we saw that more members left India as a percentage of the country's population than any of the other nations we looked at. 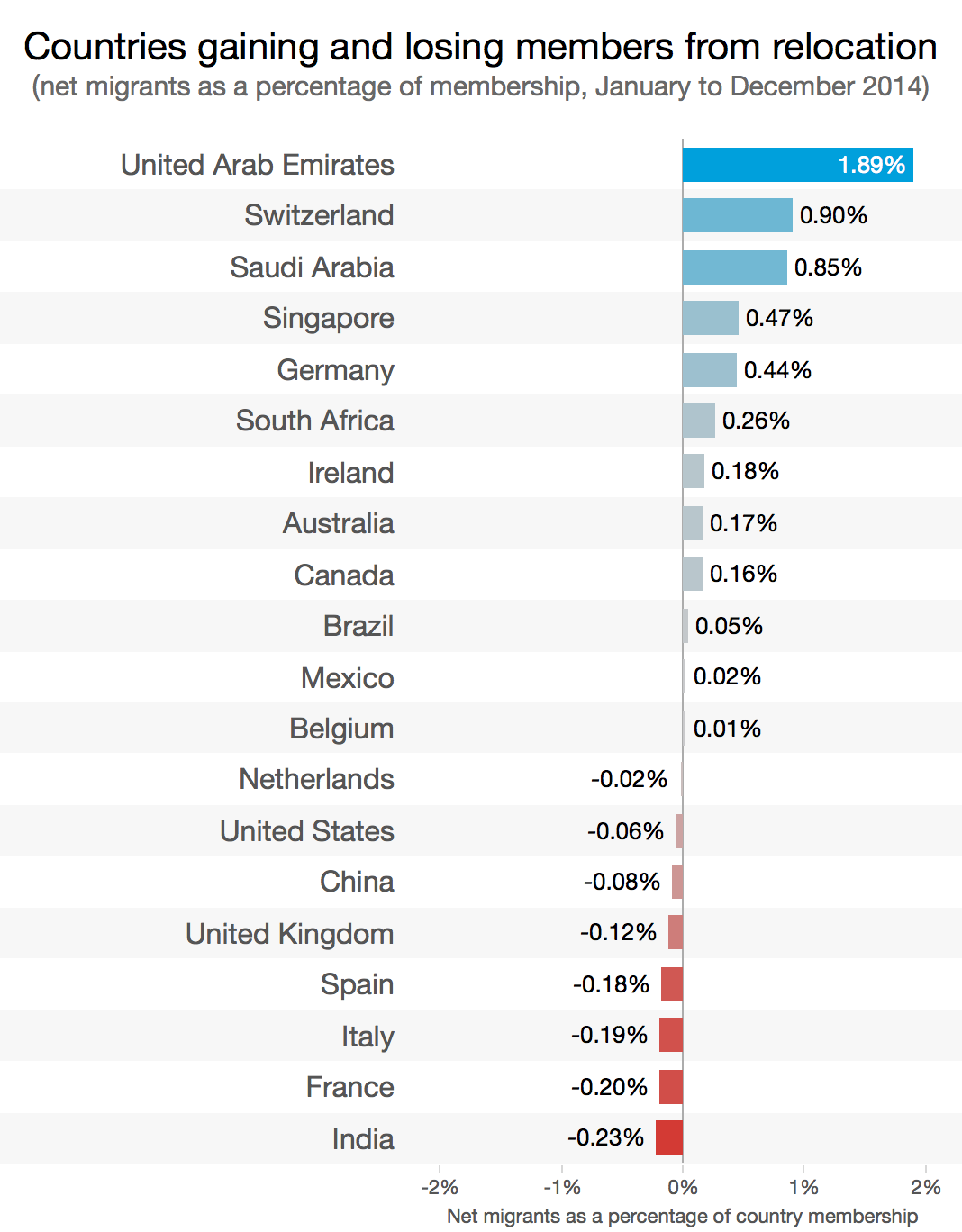 What this data means to recruiters

Recruiting is a lot like fishing. You are only as good as where you cast your line.

This data helps you inform where to cast that line. As you can see from the graph above, countries like Switzerland, Saudi Arabia and the UAE are places where talent is in high-demand, meaning it will be particularly difficult to recruit someone from one of those nations.

Conversely, if you are looking to recruit internationally, it makes more sense to look in Italy, France and India. Data shows professionals in those areas were most willing to leave their country for a better opportunity elsewhere.

Bigger picture, if you can’t source locally, the key to recruiting internationally is looking in the right place. And while this graph gives a macro view of the world’s labor markets, here’s a playbook to uncovering a much more granular view of any industry’s labor market.

This data analysis is part of our effort to build the Economic Graph.

Methodological details: The results of this analysis represent the world seen through the lens of LinkedIn data. As such, it is influenced by how members choose to use the site, which can vary based on professional, social, and regional culture, as well as overall site availability and accessibility. These variances were not accounted for in the analysis. Additionally, nationality and visa status are not fields included in the LinkedIn profile. Therefore, we cannot make any inferences on the citizenship of our members who were included in this analysis.

We determined the geographic movements of our members in 2014 by analyzing every new position that was added to profiles between January 1, 2014 and December 31, 2014 which included a location that differed from the location in the previous position, filtering out movements that were made domestically. Members who joined LinkedIn after December 31, 2014 were excluded from the analysis.