How InMobi Saved $1.7 Million by Building Out Its Employer Brand

There’s a lot of research on the advantage of building a strong employer brand, including savings in recruiting costs and hiring higher quality talent. And yet, there’s few better real-life, tangible examples of that than what the India-based InMobi has seen since the beginning of 2015.

Right around the start of the year, the company began implementing its employer branding strategy. And, so far, the results have been impressive: A 95 percent reduction in spending on recruitment agencies (leading to a projected $1.7 million savings year-over-year), 2.5 times as many applicants and, most important of all, higher quality candidates.

“We’ve gone from selling InMobi to candidates to being buyers who are choosing who we want to work for us,” said InMobi's Director of Human Resources, Kevin Freitas, in an interview with LinkedIn. “The difference has been profound.”

The key to the success has been that the employer brand InMobi has shared with the world is an accurate reflection of what it’s really like to work for the company, Freitas said. And really, that employer brand is built around InMobi’s unique culture and “people practices,” which they believe is their differentiator in the marketplace.

How InMobi built their employer brand

InMobi is a performance-based mobile ad network that is based in India, but has offices throughout the world. Towards the end of 2014, the company went from a strictly business-to-business model to a business-to-consumer model as well, meaning they needed to attract new talent to meet the new challenges.

To accomplish that, Freitas and his team agreed it was time to get serious about their employer brand. So, his team surveyed InMobi’s 1,000 employees to find out what they liked most about the company. What they discovered was that people enjoyed the freedom InMobi offered them to take on new challenges.

“Our employees told us that our biggest differentiator is our culture and people practices,” Freitas said. “And we thought that would be a great story to tell, because that was consumable, that was snackable, that was something that could easily appeal to people.”

What is “people practices,” exactly? Well, really, InMobi prides itself on having as few rules as possible, allowing their employees to take on big goals, without bureaucracy weighing them down. Specifically, that means:

How InMobi broadcasted their employer brand

Confident with their employer-branding message, it was time for Freitas’s team to spread the word. To do that, they created a plethora of videos highlighting their culture, started blogging about their culture and people practices on LinkedIn and other forums, and encouraged their employees to post about the company on social media.

This LinkedIn blog post by Freitas on InMobi getting rid of traditional performance reviews: 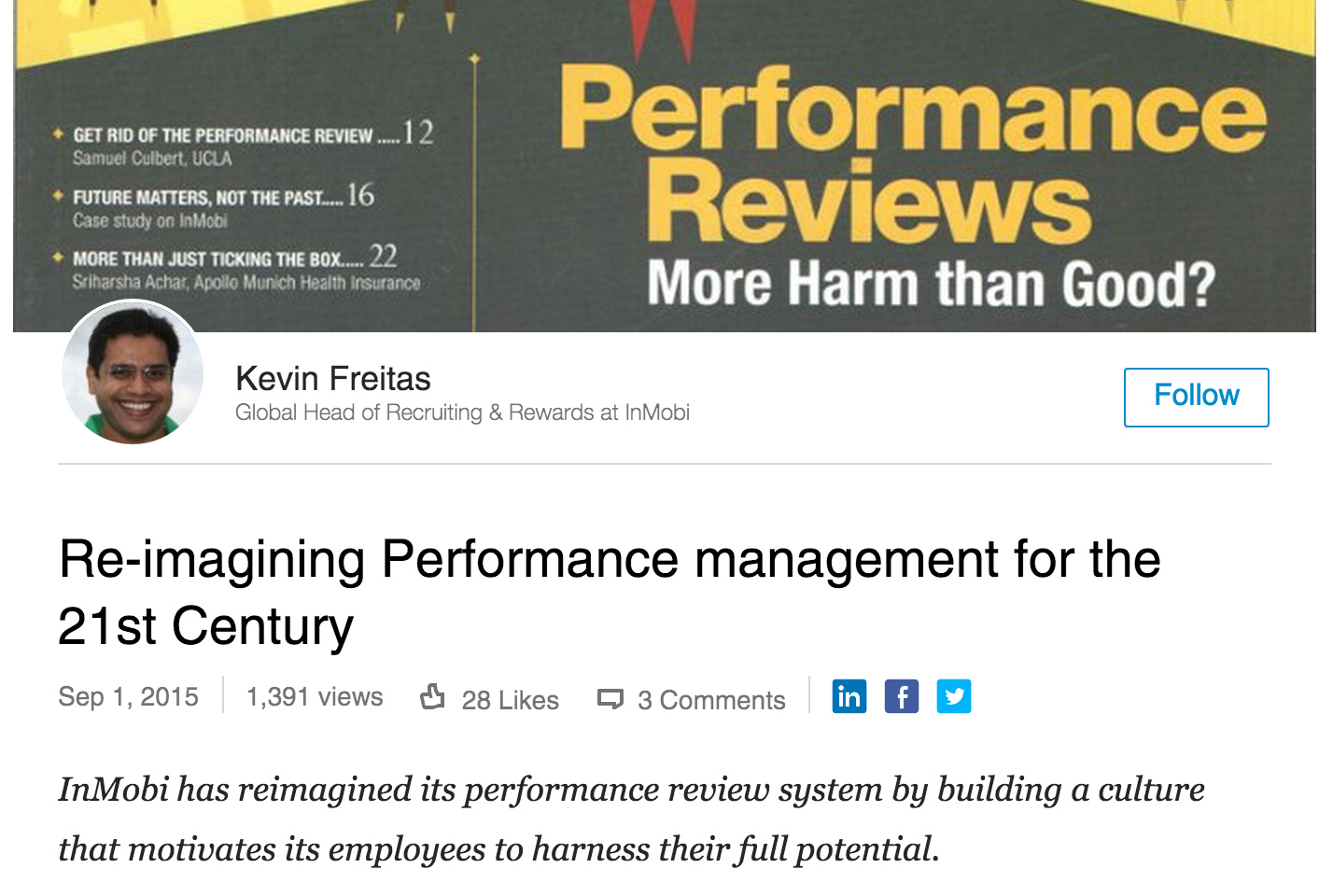 These YouTube videos, which were shared on social media and show off the culture at InMobi and how it is a fun place to work:

This LinkedIn blog post by an InMobi intern on her first day at the company: 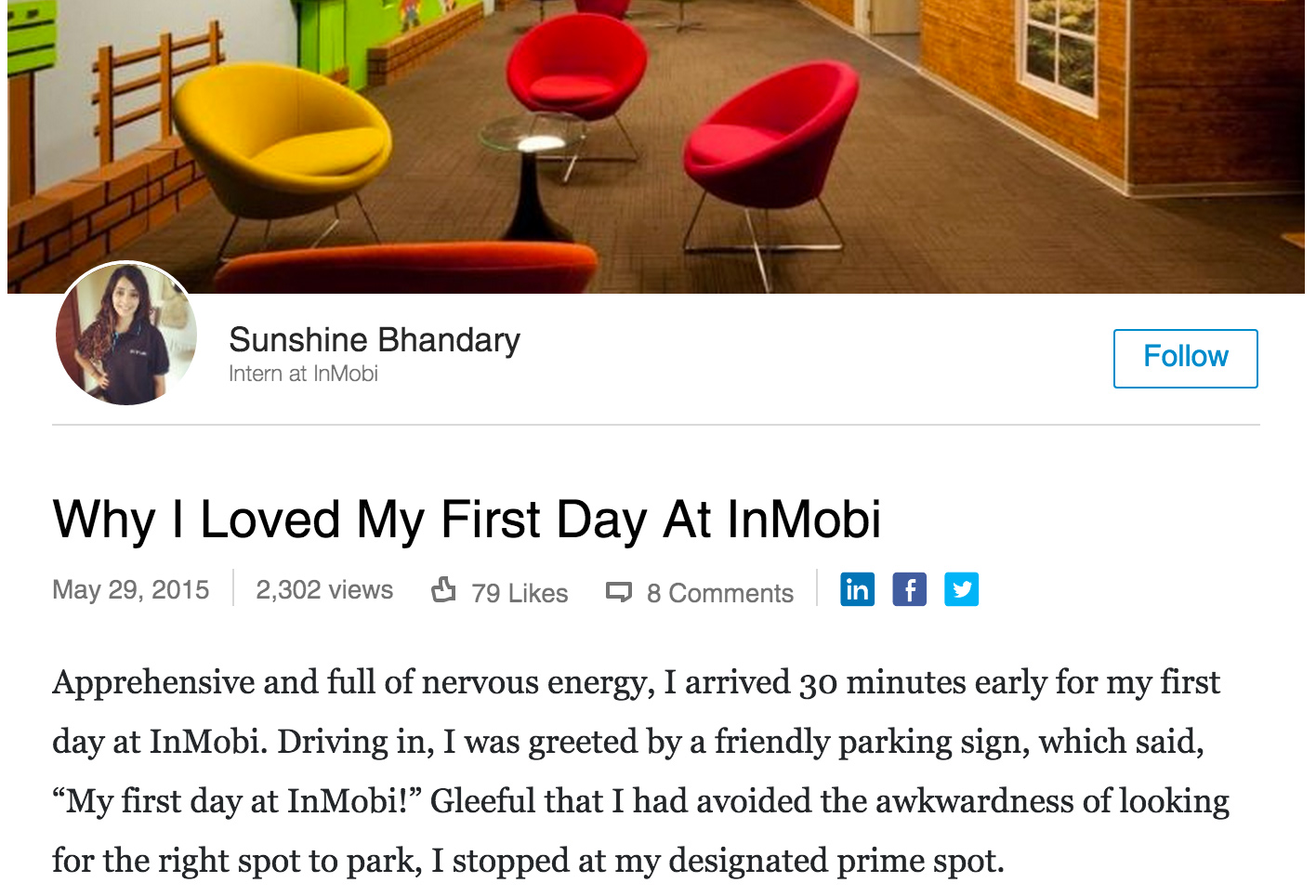 While these were great on their own, what really got the word out was when some of India’s largest media outlets saw some of these posts, became interested and began to profile them. This type of employer branding is less common in India than it is in other parts of the world, so the outlets were mostly lauding the company’s unique efforts.

Some examples include the front page of The Economic Times Magazine: 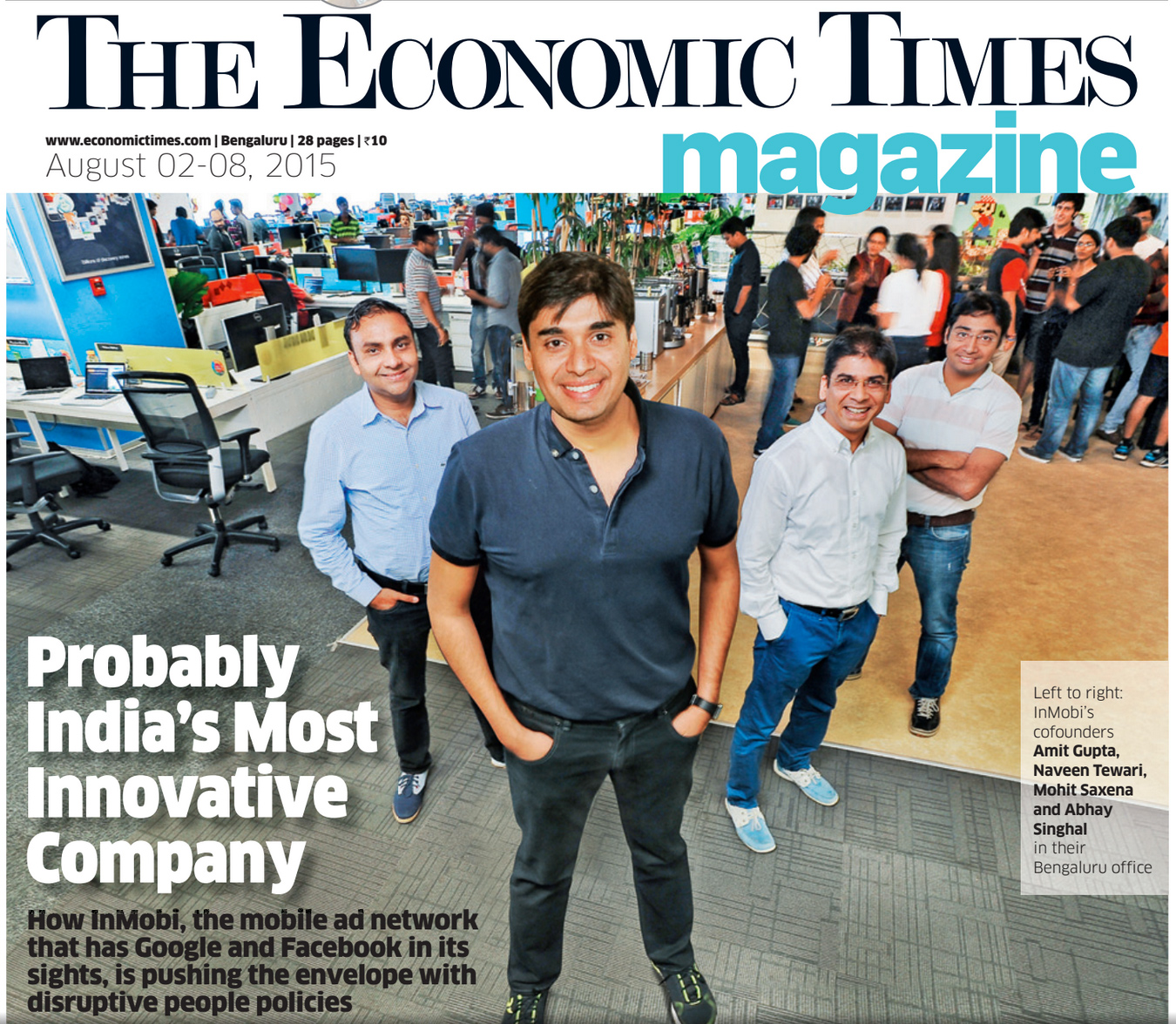 Along with the cover story of India’s AIMA Management Magazine: 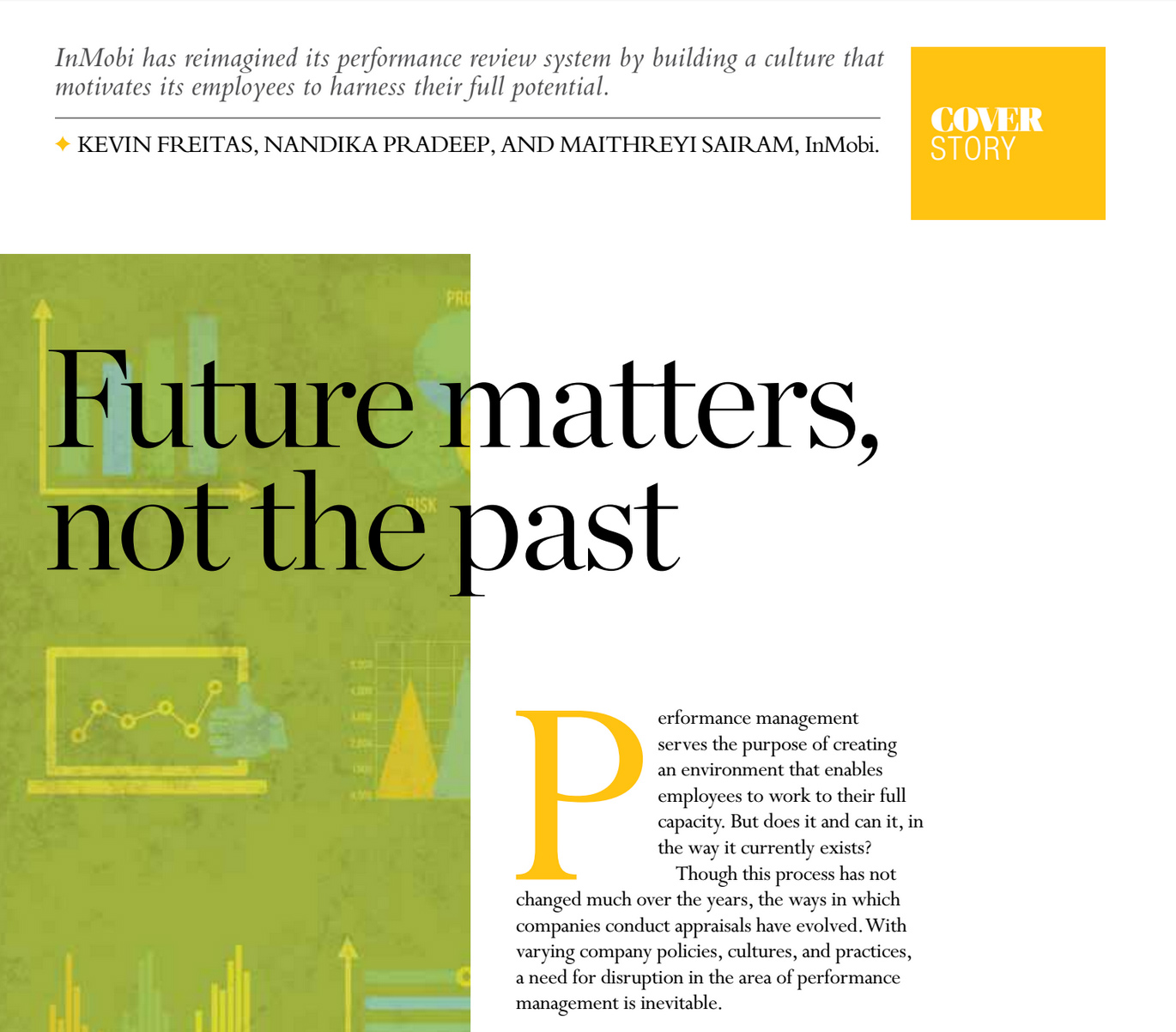 The results of InMobi’s efforts

All the PR surrounding InMobi’s efforts, along with their sustained social media push, has gotten the word out about the unique “people practices” at the company, which has lead to a lot of people wanting to work there.

Specifically, some results are:

What this means to you

InMobi is the perfect example of what a great employer brand can do for a company. By shaping the narrative of what it's like to work at their organization, they’ve gone from paying people to find them talent to picking between several great candidates that have come to them.

For many recruiters, the day-to-day work alone of InMailing prospects, going through resumes and coordinating interviews can be overwhelming on its own. Putting some time into shaping the way people are talking about your employer brand can make your job far easier, and have substantial impact on your bottom-line in the long run.