When Sharon Tan was brought in to transform SingTel’s talent acquisition team at the beginning of 2014, the main business unit there had no ATS system, just Excel spreadsheets. They had no metrics around cost-of-hire, time-to-hire or even total hires.

At the telecom company, for similar roles, managers would routinely hire a contractor, a recent graduate and a person making $200,000. The average recruiter for that unit was responsible for 150 to 200 hires a year, and all they were hearing from hiring managers was they weren’t hiring fast enough.

There was no group employee referral program, no consistent onboarding process and administrative problems were happening far too often.

“We had a long way to go,” Tan said, in a presentation at Talent Connect Sydney.

Today, everything isn’t perfect. But, SingTel had standard practices across the board, one solid global ATS, actual recruiting metrics to work off and a clear roadmap of where they were going.

The transformation didn’t happen without “some robust conversations,” some tough decisions and some pushback from managers. But, thanks to the vision and tenacity of Tan, talent acquisition at SingTel is now built around accountability, data and results.

“It has been a journey,” Tan said. “But we keep going forward.” 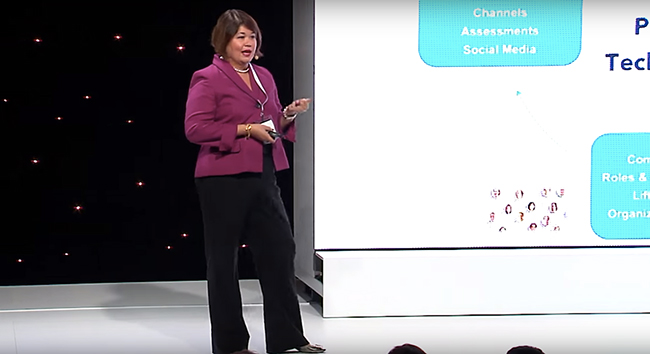 Sharon Tan on stage at Talent Connect Sydney in May 2015

All three units used a different applicant tracking system, with one unit using Excel spreadsheets. Between the three units, there was almost no sharing of information or financials, so the three units had three processes for just about everything.

Tan said Optus was the most sophisticated of the three units, with clear metrics and a defined hiring process. Meanwhile, most of her time was spent improving SingTel, where the average number of recruiters’ job requisitions was extremely high.

Beyond that, candidate experience was poor, to the point it was hurting SingTel’s marketing efforts, Tan said.

There were also no metrics, even ones as simple as total hires in a year, Tan said. And there was no employee referral program, either.

How Tan fixed the problem

Tan was brought into SingTel in June of 2014 and her first goal was to ask the leaders of SingTel a simple question: what did they want in a talent acquisition team?

SingTel brass agreed that they wanted a recruiting team that was more consistent, accountable and more data-driven. With that in mind, Tan began the transformation of the SingTel’s talent acquisition team.

Despite being considered one of the best ways to hire, SingTel had no set group employee referral program. So, Tan instituted one, which required both training her team how to use it and training SingTel’s employees on what a good referral looks like.

To make the hiring process both more effective and more user-friendly, Tan standardized the interview process across all three business units within SingTel. This way, when someone was looking for a job at the company, they would go through roughly the same amount of interviews and have roughly the same assessment process, regardless of what country or what position.

Tan also began to measure candidate experience by surveying candidates who didn’t ultimately didn’t get a job at SingTel. What she found was that some managers were consistently creating a bad interview experience for candidates, which hurt SingTel’s brand.

In response, when Tan identified one of these managers, she sent them to a training session that focused on the interview experience before they could interview again.

Obviously, Tan didn’t want her recruiters responsible for 150 to 200 people a year, hoping to cut that number to around 45. So she asked for more recruiters, out a business case together and was successful.

4. Centralized and standardized onboarding across the company

As mentioned, there were administrative problems at SingTel during the onboarding process. To fix this, Tan centralized her best administrative talent in an office in Singapore and had them control onboarding for the entire company.

This drastically reduced the amount of problems with onboarding and made the process overall more efficient.

5. Standardized one ATS across all of SingTel

Instead of three systems, Tan instituted one ATS for all of SingTel that would cover all three of its business units. One of the biggest advantages to doing this was it allowed Tan to have clear metrics across all departments on total number of hires, time-to-hire and cost-to-hire.

She also began measuring quality-of-hire by measuring the short-term retention of new employees, as someone leaving within a few months being a clear indicator of a bad hire.

The results: how Tan transformed SingTel in less than a year

So, what did all her work accomplish? While she didn’t want to reveal specific numbers, Tan said cost-of-hire went down substantially, time-to-hire went down and short-term retention – her chief metric to determine quality-of-hire – went up significantly.

Of course, she still has plans to improve SingTel’s recruiting over the years to come. Along with continuing to improve what she’s already doing, Tan plans on hiring a recruiting marketing employee to further improve the company’s employer brand on social media. 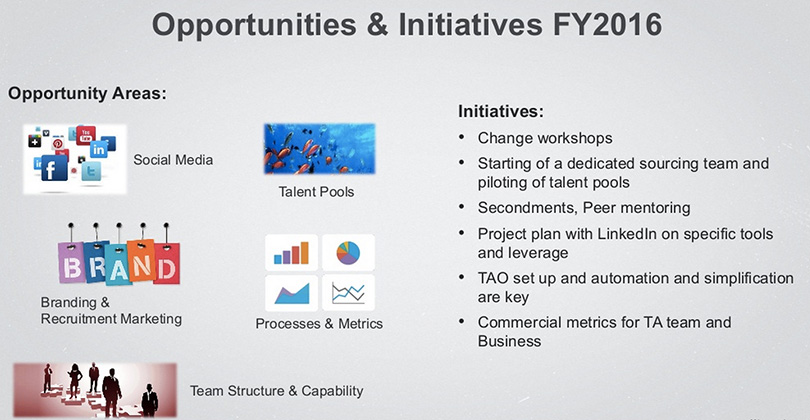 What this transformation means to companies

What Tan accomplished in 11 months, at a company with more than 20,000 employees, was dramatic. While SingTel still has a long way to go, in less than a year Tan got clear metrics on all of its talent acquisition processes, standardized nearly all of its recruiting policies and procedures, built a solid recruiting team and started having managers worry about candidate experience while interviewing.

It’s an example that no matter how large a recruiting problem is, it can be conquered quickly just by having a clear vision and a willingness to accept change. With the hard part over and clear metrics in place, SingTel can now focus on tinkering with all its processes, a journey that never ends.

Which is exactly where they want to be.