A few years ago, unbeknownst to him, Graeme Johnson, the former Head of Resourcing at the British cable and mobile provider Virgin Media (who is now leading recruiting at BT), opened up a can of worms.

New on the job, Johnson wanted to examine how candidates who had been rejected viewed Virgin Media’s brand. As he looked at post-interview surveys, there was one that stood out: a hairdresser from Manchester named Louise who had lot of enthusiasm for the job, but very limited qualifications—so limited that she was surprised she’d been granted an interview. Excited, she put a lot of effort into preparing for it by getting interview tips from friends, arranging child care for her son, and buying a new outfit.

However, her experience during the interview didn't meet her expectations, especially for a brand with such a good reputation, Johnson said. It began with a grumpy receptionist, followed by an interviewer who left the room to take a phone call and returned ten minutes later to say he’d “heard everything [he] needed to hear” and rejected her on the spot. Louise, feeling confused and disappointed, later wrote that she would be canceling her Virgin Media cable subscription and switching to Sky, a competitor. And, so would her sister.

That sparked Johnson to wonder: Did she actually cancel? And, more importantly, “How many more Louises are out there?”

He decided to dig even deeper to find out how many of these unhappy candidates were actually canceling and how that is impacting the company. And the answer would set Johnson on a winding but fruitful journey. He and his team calculated the lost revenue caused by bad candidate experiences, asked Virgin Media executives to invest in solving this issue, re-trained hundreds of hiring managers, and saw amazing results. Here’s how it all went down.

How they calculated the value of a bad candidate experience

As Johnson took on figuring out how bad candidate experience affects the Virgin Media business, the first step was to examine the behavior of the rejected candidates. The company analytics team looked at datasets to determine whether rejected candidates who said they’d switch providers actually did so within a month—and found that 6% did.

Then came the easy calculation: if there were 123,000 rejected candidates each year, and 6% canceled their monthly Virgin Media subscription, you end up with about 7,500 cancellations. Multiply that by the £50 ($60) subscription fee and by 12 months, and Johnson realized Virgin Media was losing £4.4 million per year, the equivalent of $5.4 million. 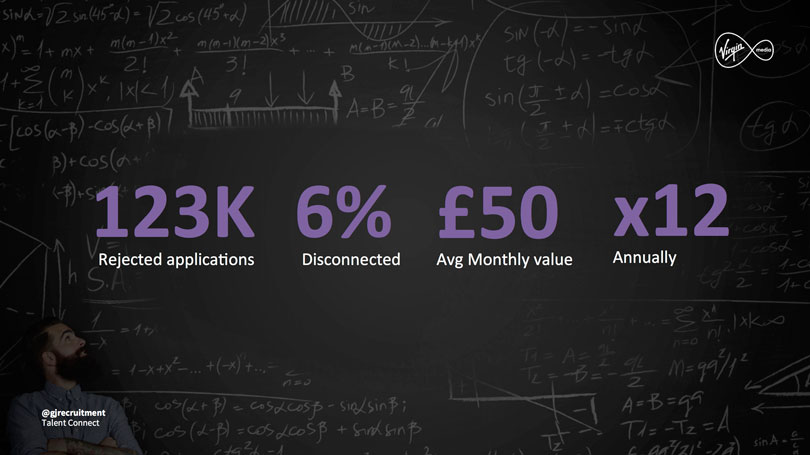 That was a shockingly high number for Johnson, and he realized how big that can of worms was. This was only compounded by the fact that he was operating with a smaller team than last year while being asked to attract even more candidates—and faster.

Johnson wasn’t sure what to do about the shocking data, which was clearly impacting the company’s bottom line. But after talking to his dad, who told him to summon his inner Braveheart, he decided to bring the number to Virgin Media’s leaders.

After all, he wanted to give his recruiting team a renewed sense of purpose, and the challenge of improving the candidate experience was something that they could draw meaning from.

His first stop was a meeting with the CFO to ask for new resources, including bringing the recruitment team in-house and hiring a sourcing team. But that didn’t go as smoothly as he had hoped, with the CFO dubious of the numbers.

However, he had his own finance team look into it, and it turned out that the impact on revenue was likely even worse—by three or four times—because the numbers didn’t take into account how candidates were probably telling their friends and family (also Virgin Media customers) about the bad experience. That news is what got the CFO on board, who now wanted Johnson to step on the gas pedal to fix the problem.

His next stop was the CMO. To really drive a better experience, Johnson thought he needed some of that Virgin Media “magic”—that fun marketing touch that people expect from a brand associated with Richard Branson. Yet again, Johnson was a deflated after the meeting with CMO Kerris Bright, who told him she wasn’t going to put lipstick on a pig. Before she would give his team some of the special Virgin Media content, Johnson would have to retrain hundreds of employees to provide a much higher standard of service to candidates, something he was extremely daunted by.

Yet, Johnson set about to raise the candidate experience standards by inspiring and incentivizing the team rather than “beating people over the head with a stick.” His team sought to accredit staff by creating a “gold standard” interview program; to sell it, he got company leaders to record videos of how they wouldn’t want their friends and families being treated like Louise. Johnson also got the sales director to introduce a new annual award for the team member who was giving the best candidate experience. 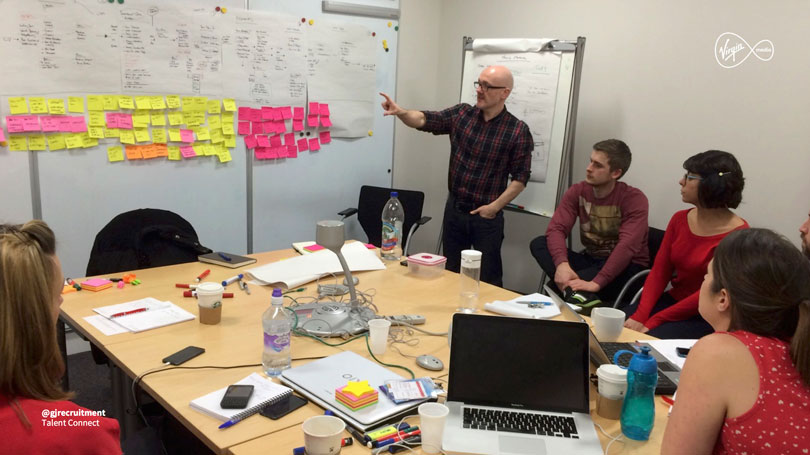 The results have far exceeded Johnson’s expectations. He gave the example of one particularly odd character on the sales team nicknamed “Les the Butcher” who, though good at sales, was “probably one of the worst when it came to interviewing.” He’d interview candidates “anywhere” (including a dingy diner) and ask them to complete “crazy” tasks, such as selling him a pen.

But the Butcher embraced the training program and within a month, Johnson said, he was explaining to candidates why they weren’t the right fit, what they could do to improve, and even offering follow-up sessions and promoting the benefits of Virgin Media’s products and services.

Before Johnson’s initiative, Les The Butcher’s sales team had the worst NPS in the business at -57. After retraining, that score was up to +11. Johnson had merely hoped to bring it up to 0.

Now that 450 hiring managers have completed the training program, Johnson said they’ve actually created a movement around candidate experience: Top leaders—from the Head of HR to the CFO—are singing the program’s praises. Different recruitment teams contact Johnson’s office to ask what their NPS scores are and how they can be improved. The Head of HR asks candidates to share their experience before and after their interviews, so that recruiting can track the performance of different assessment centers in real-time—and provide feedback.

And Bright, the CMO, came through with resources, too, sending Johnson and his team to Jamaica to shoot videos with Usain Bolt, who now pops up in videos during the candidate application process to give tips and wish people good luck. 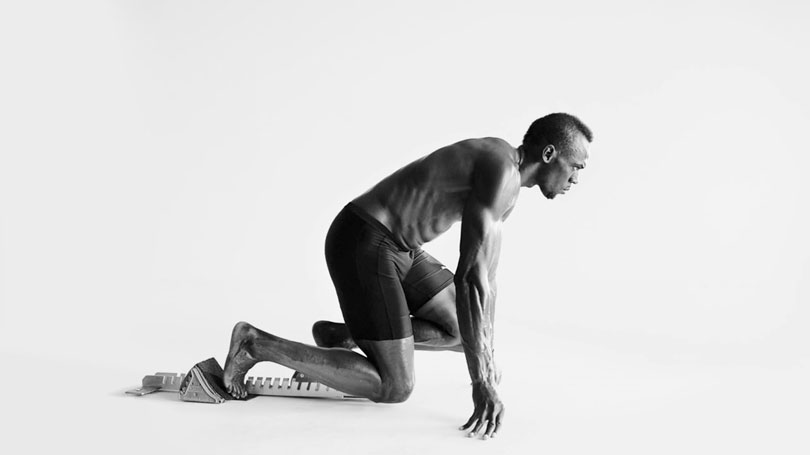 There’s been another plus for the business. Johnson looked into the cost of acquiring a new customer through traditional marketing channels (such as retail and telephone outreach) versus acquiring one who came in as a candidate and had a great experience. The result: it’s 10 times cheaper to gain business from the recruiting process (it only costs $50 versus $500 for traditional marketing).

Proving the importance of the candidate experience has been notoriously hard for pretty much any and all recruiting teams. No matter how recruiters try to explain that giving candidates the white glove treatment (even/especially the rejected ones) can make or break a company’s reputation and candidate pipeline, most companies see this as an effort which has very few clear benefits

Then enter Graeme Johnson and the Virgin Media story -- a rare win where the candidate experience neatly correlates to specific financial impact for the company. While this is hard to replicate for every company, especially if you are in B2B or cannot track rejected candidates to customer attrition, this is a great case study you can use when advocating for better candidate experience.

This post is based on “The Commercial Impact of Candidate Experience,” presented at LinkedIn Talent Connect 2016. See Graeme Johnson’s full presentation below.