What Sheryl Sandberg calls "the most important document ever to come out of the Valley" is a 124-page presentation about company culture that’s been shared over 15 million times on Slideshare. Just to be clear, there are no gifs, animations, or music anywhere on the deck. There are just words.

That document, called "Netflix Culture: Freedom & Responsibility," came after 14 years of what Silicon Valley human resources veteran Patty McCord calls a heads-down approach where she isolated herself inside Netflix’s walls to come up with the streaming giant’s revered culture.

During that decade-and-a-half, she wasn’t out and about chatting up human resources professionals or regularly attending talent acquisition conferences. Instead, she refused to read what other companies were doing and only attended HR conferences every two or three years. Consequently, Patty says she didn’t get influenced by what others were doing. And it paid off. 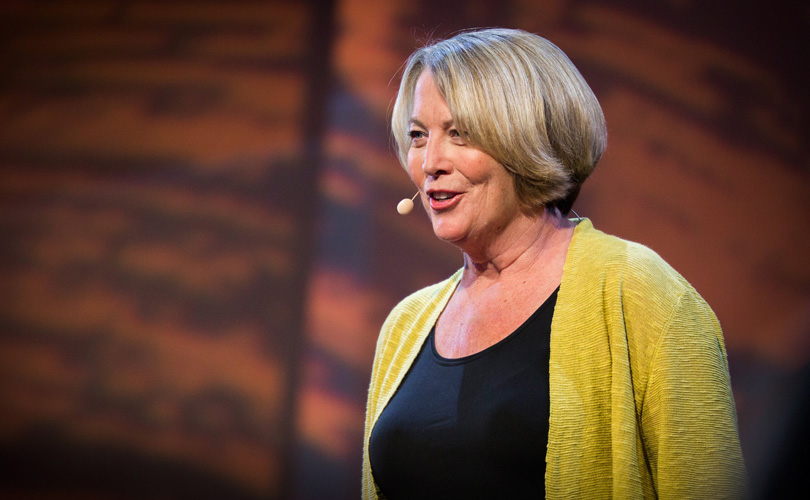 The results are some unconventional HR practices—like unlimited vacation (unheard of at the time), no annual reviews and a travel and expense policy that’s five words long: “Act in Netflix’s best interests.” Patty, who left Netflix in 2012 and now works as a consultant and advises companies like Warby Parker and Birchbox, says these practices resulted in the company hiring only “fully formed adults,” which no doubt shaped its workforce.

But how exactly did Netflix’s culture define values, attract fully formed adults and effectively scale performance to transform it from yesterday’s DVD-by-mail retailer into a top, fast growing content-streaming service? Below are they key steps, according to Patty:

1. Build a culture where only “fully formed adults” can thrive

With HR practices like unlimited vacation, no annual reviews and a nonexistent travel policy, you have to fully formed adults in order for things to work. That means putting a lot of trust in people, but also not accepting bad behavior if it turns out people aren't adult enough (more on the letting people go part later).

Patty says that when you ask people to rely on logic and common sense, they often do. Thriving in this kind of culture also means employees are required to put the company’s interests first. So instead of getting bogged down with coming up with HR policies, like a travel policy, to keep employees in line, just try really hard not to hire the problem people and bring fully formed adults onboard instead.

Patty says this also helped save Netflix money. For instance, she writes in the Harvard Business Review that while many large companies use travel agents to book trips, Netflix just relies on employees to book their own trips. This shifted the responsibility to frontline managers and saved the company money in the long run because they no longer had to pay third party travel agents. What Netflix found, says Patty, is that when “clear expectation of responsible behavior” is communicated, the majority of employees will comply.

2. Embrace change and risk-taking for an adaptable culture

One of Netflix’s core values is “courage,” meaning the ability to take smart risks and say what you want, even if you think it is controversial. What does courage look like? Patty says courageous employees are ones brave enough to throw everything out the window and start over, if needed. When coaching growing companies now, Patty advises them to create a culture where people embrace change instead of hanging on to the past - even if this means starting over from scratch.

This kind of mindset can only thrive in a culture that embraces risk-taking. Patty says companies need to convince employees that it’s OK if they take risks, and that they won’t be reprimanded for their decisions if things don’t go as planned.

One way to encourage employees to take risks, says Patty, is for leadership to be honest and truthful to the rest of the team about their own risks and failures. When employees see someone in the leadership talk about a decision they made and also see that same leader step up later and admit that they were wrong, it creates a culture where you learn how to present risk by talking about potential downsides and upsides. This leads to innovation and transformation, according to Patty—vital for businesses to stay nimble, malleable and competitive.

3. Perks should align with your purpose

Patty has advised a lot of startups, so she’s seen her fair share of ridiculous perks. Sometimes, companies offer perks just to attract talent, says Patty, but if you’re only attracting talent with perks, it won’t be long before they’re offered better perks from another company, or they want you to give them more perks.

So instead of offering perks just because, Patty advises aligning them with your values and mission. At Netflix, the biggest perk new hires are promised is the opportunity to work alongside “A” players. It changes the way people work (they know they need to be “A” players too!) and affects how you scale employee performance later on.

In short, whatever perks companies offer should match the values they say they want and the behaviors they’re modeling and encouraging. One company that’s done a fantastic job of aligning perks with purpose is Patagonia. For instance, Patagonia employees are allowed up to two months off with full pay and benefits to volunteer with any environmental non-profit, which encourages employees to be activists for environmental issues, a core company value.

4. Once you figure out the culture, share it with the world

After you’ve built and clearly defined your company’s culture, put it out there, like Netflix did, to ignite the conversation. Consider employer branding strategies so people know what your company stands for.

According to Patty, putting your culture out there changes the way you interview and the recruiting process. When culture is so clearly defined and candidates know it, they know exactly what they’re signing up for. And instead of "tell me about your life" questions, which tell you nothing about how a person works, the conversations evolve to "how do you do productive work?” which is how you find talent that will transform your company, says Patty.

Once people are in the door, you need to make sure they stay courageous, fully-formed adults, if those are your values. Below are three ways Netflix made sure people continued to perform top-notch and stay “A” players:

Be transparent about performance—and do it often

Instead of performance reviews, Netflix implemented an informal feedback system called 360-degree reviews where colleagues identified what someone should stop, start or continue doing. The reviews started out as anonymous, but over time, the company shifted to transparent feedback and many teams now have 360-degree reviews face-to-face.

According to Patty, if you are able to have honest, transparent discussions, you can solve anything. For instance, if you’re taking a chance on an inexperienced hire, tell them from the start that you’ll have to do what’s best for the company if things don’t work out. Be honest, even when it’s uncomfortable. This kind of transparency is essential if a culture is going to be rooted in trust.

Companies change and what you want to accomplish changes. In the process, not everyone stays the right fit. In those instances, you have to let that employee go, says Patty, even if they’re hard-working, creative people.

For instance, Patty writes about a conversation that took place in 2002 with a former employee name Laura, who was a bookkeeper Patty describes as “bright, hardworking and creative.” Although she was very important to the company’s early growth, when the company became public, it needed “CPAs and other fully credentialed, deeply experienced accounting professionals—and Laura had only an associate’s degree from a community college.” So despite her impeccable work ethic and track record, she was let go because her skills were no longer needed.

“If we wanted only ‘A’ players on our team, we had to be willing to let go of people whose skills no longer fit, no matter how valuable their contributions had once been,” writes Patty. “Out of fairness to such people—and, frankly, to help us overcome our discomfort with discharging them—we learned to offer rich severance packages.”

Because you need to be comfortable letting hardworking, creative, decent people go, it’s best for the company if employees aren’t treated like family. Think about it this way: when everyone is working hard and pulling long hours, things can start getting familial, says Patty, but this kind of mindset makes it hard to let someone go when you need to. It clouds your judgment, because we don’t fire our family. We put up with them, no matter what.

So instead, at Netflix, employees are treated like players in a pro-sports team, meaning people can get “cut” for business reasons and players can change without things getting personal. Be honest with employees that they are part of the team, that they are an essential player on the team. Make it clear to everyone that at the end of the day, you will always need to do what’s best for the team. That way, even when the goodbyes are hard, feelings don’t get hurt.