Christopher had a purposeful approach to landing a job, keeping a detailed spreadsheet for each position for which he applied. But two years and more than 600 job applications later, Pauley was still looking. He didn’t have the communications skills and social agility that would allow him to ace the interview process.

But that fact finally worked to his advantage when he spoke with Microsoft about a software engineering job. Microsoft, realizing the untapped skills and knowledge of so many neurodiverse individuals, was actively looking to open their roles to this talent pool—and hired Christopher.

Neurodiverse candidates include those who have dyslexia, ADHD, Tourette Syndrome, Autism Spectrum Disorder [ASD], or other atypical neurological conditions. And, they can bring many strengths to companies—from attention to detail to straightforwardness to the out-of-the-box thinking that Christopher’s manager at Microsoft raves about. On top of that, because the majority of hiring processes favor candidates who have strong social skills and other qualities many neurodiverse people lack, these candidates, like Christopher, are often rejected.

However, things are changing. More and more companies are realizing that this shouldn’t be the case and are taking steps to make the hiring process more fair for neurodiverse individuals. And with 42% of 20-somethings with ASD unemployed, there’s a huge talent available to tap into. Here’s how:

Three years ago, Jenny Lay-Flurrie, Microsoft’s chief accessibility officer, made it a priority to create a program that would offer a more welcoming interview experience for autistic candidates. The Microsoft Autism Hiring Program has since helped more than 50 autistic candidates find meaningful full-time positions, ranging from data scientists to engineers who write code that Microsoft customers use every day.

One of the most crucial aspects of the program is its unusual interview format. Unlike most traditional interviews that pay close attention to a candidate’s social skills over a short period, Microsoft opts instead for practical skills assessments that take place over multiple days—the process is part interview, part workshop.

Evaluations of Christopher, for example, included the Marshmallow Challenge, in which candidates are asked to build a freestanding structure out of uncooked spaghetti, tape, string, and a marshmallow. The goal? Make the tallest structure possible, top it off with the marshmallow, and do it all in 18 minutes.

Tests like this allow Microsoft’s recruiters to assess candidates’ problem-solving skills and teamwork in a setting that helps them feel less self-conscious.

“I think this is just a better way of evaluating,” says M.J. Gardner, a software engineer for Microsoft Azure and one of the program’s many success stories. “It’s probably a better way for anyone.”

2. SAP has a month-long hiring process that it customizes for each autistic candidate

Multinational software company SAP is passionate about making its products more accessible —and is now trying to do the same for its jobs. In 2013 the company launched its Autism at Work program, with the goal of having employees with autism make up 1% of its total workforce (about 650 people) by 2020.

Like Microsoft, SAP uses a long screening and interview process for candidates in the program—in this case, a full month. This helps the recruiting team get to know candidates and understand their preferences, so the process can be tailored to each one. If a candidate, for example, finds it easier to walk and talk, the recruiter can chat with them while strolling around the campus.

SAP also focuses heavily on skills-based assessments. One test they like to use involves asking candidates to build robots out of LEGOs using a detailed set of instructions. The recruiters evaluate them on skills like teamwork and their ability to follow instructions as they build. 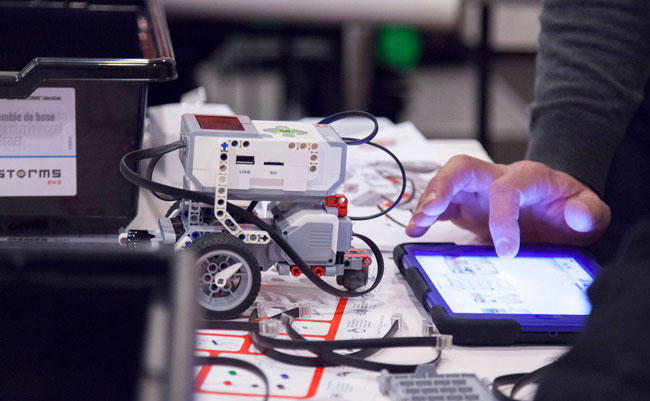 At the very start of the hiring process, each candidate is paired with a mentor. When autistic candidates are hired, their mentor becomes their job coach and helps them settle comfortably into their new role. They also have access to optional job and life-skills programs offered by organizations that specialize in helping autistic adults learn, say, how to access public transport or open a bank account.

SAP has rolled out Autism at Work across locations in 12 countries, with more than 140 employees hired through the program so far. These employees work in roles ranging from data analysis to human resources, and SAP is keen to keep expanding the program to new roles.

“We don’t pigeonhole our candidates on the spectrum [...] because everyone has different interests and unique talents,” says José Velasco, who leads the program. “Our internal folks come to us when they have an open role and say, ‘Let’s see who we can find!’ so it’s growing very organically.”

When JPMorgan Chase launched its own Autism at Work program in the summer of 2015, it was a four-person pilot. Today, the program boasts more than 85 hires across 10 lines of business in six countries and covers more than 20 roles, including software engineer, quality assurance specialist, and personal banker.

To roll out the program, JPMorgan Chase had to tinker with its assessment techniques and rethink how it conducts interviews. “Through partnerships with organizations that have more experience in working with individuals with ASD,” program director James Mahoney wrote, “we are learning to look beyond the traditional interview process to find highly qualified employees.”

With a little help from one of the organizations it partnered with, JPMorgan Chase built a hiring process that was more accessible for candidates with ASD. Today, it leverages training to help its recruiters and managers use the alternative hiring and communication techniques. By making small behavioral adjustments, such as avoiding open-ended questions, giving concise feedback, and being very literal when describing things, managers and the company’s hiring team can communicate more effectively with both autistic candidates and employees. Beyond that, the company also launched a buddy system that pairs mentors with ASD employees.

The results have been nothing less than stunning. Within six months of launching Autism at Work, JPMorgan Chase found that employees hired through the program were substantially faster and more productive than their peers in certain roles. The company found that employees on the autism spectrum had strong visual acuity, superb attention to detail, and superior abilities to concentrate.

New York-based software testing company Ultra Testing knows that a firm handshake and steady eye contact are no indicators of a candidate’s ability to root out bugs. Rajesh Anandan, one of the firm’s co-founders, is living proof of that: He is on the autism spectrum himself—as are three-quarters of the company’s employees.

Since many autistic candidates struggle to find work and may have little experience on their resume, Ultra Testing takes an alternative approach to evaluating candidates: It screens for 28 attributes that tend to make for an excellent software tester.

To do this, they use games that predict a candidate’s behavioral profile, along with online assignments to test for cognitive abilities, such as pattern recognition. Candidates then engage in a weeklong training session that simulates the kind of projects they would handle on the job. And because employees work remotely, this hiring process does not require the kind of in-person social interaction that can be uncomfortable for autistic candidates.

That’s not to say that Ulta Testing doesn’t use interviews. But when it does, they’re conducted via Skype or phone to reduce social anxiety. Interviews are also highly structured to help candidates answer effectively and allow recruiters to gauge their interest in technology, with questions like “Have you recently learned a new technical software application or tool?” and “What’s your favorite web browser?”

The initiative has given Ultra Testing a competitive advantage, helping them produce better results than heavy hitters like IBM.

“A diverse and talented workforce,” says Microsoft’s Lay-Flurrie, “brings new perspectives that help advance our ability to delight all of our customers.” Even tiny changes to the way you do things, both in the interview process and in the workplace itself, can create a more inclusive company culture that helps everyone do their best work.

Many refinements to the hiring process will benefit all prospective employees—like tweaking your interview process to let candidates really showcase their skills and stand out. On your website and in your job descriptions, be sure to talk about ways you’re making your hiring process and culture more inclusive. Candidates will be excited to learn more about what you’re doing.