After working with Netflix while doing corporate fundraising for the Los Angeles LGBT Center, Amir Moini knew it was the company he wanted to work for.

“What I noticed about Netflix is that they went above and beyond with everything,” he says. “I also read the culture memo at the time, and seeing it come to life through the employees was really telling for me.”

In 2016, Amir landed a job in Netflix’s recruiting department. He enjoyed the role, but later when a position as manager of employer branding opened up, he jumped on it. He was enticed by the idea of being that bridge between marketing and recruitment, with the opportunity to tell authentic stories about Netflix’s company culture, employees, and the work they were doing in order to attract the best talent. And truth be told, Amir hadn’t done much employer branding work as a recruiter, so he spent much of the first year in his new role figuring out what worked and what didn’t. 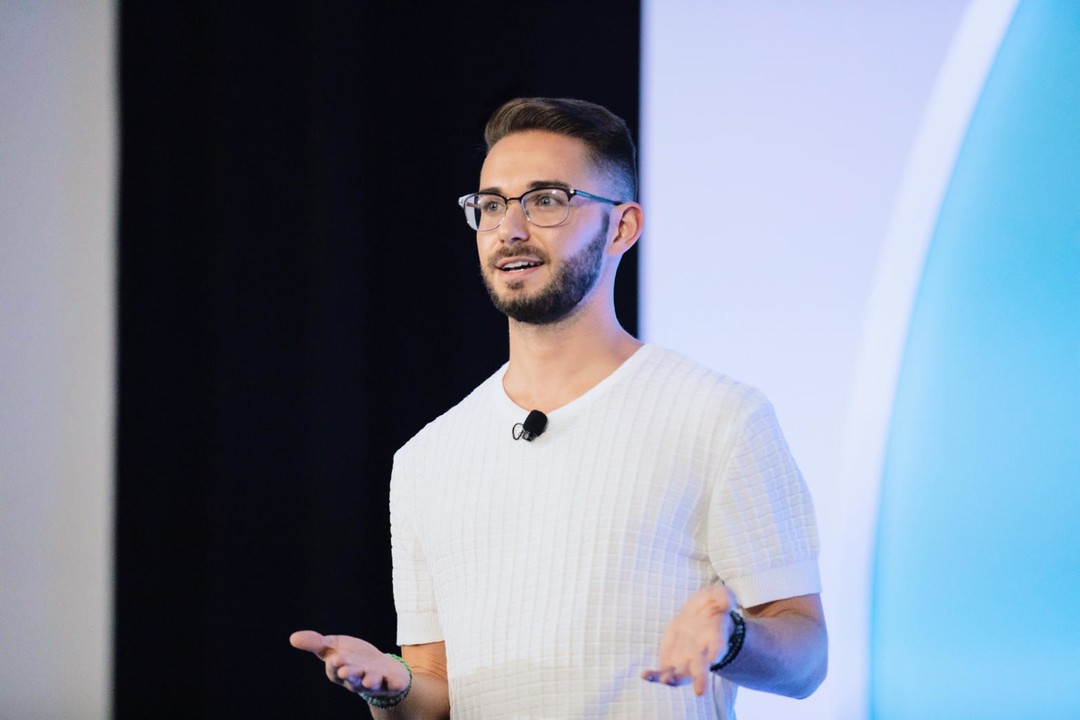 Amir distilled all that trial and error down into his talk at Talent Connect 2018. Here are his five top tips for building an employer brand that’s truly binge-worthy.

1. Don’t assume you need experience to be good at employer branding — soft skills like empathy and tenacity are more important

As you start to build out an employer branding team, you might be wondering what to look out for in a potential hire. Amir says this is one instance when past experience is less important than soft skills — or as he describes them, “Those skills that make you who you are as a person versus what you are on paper.”

“You should be looking at people not only who have brand and marketing experience or employer branding experience, but who have the soft skills of grit and tenacity,” he says. “Those are really the biggest skill sets that I had to develop a muscle for as I did this job.”

Amir says it’s also important for the employer branding team to have strong empathy and a deep understanding of human connections, and to appreciate the importance of storytelling (more on that in a minute). These traits will play a vital role in ensuring your brand feels genuine and speaks to candidates from a wide variety of backgrounds.

Amir also suggests considering internal employees for employer branding roles, since nobody understands the culture better than people who experience it every day.

2. Allow employees to talk about your company in their own words — even if those words are hard to hear

Being a natural storyteller can certainly help you get started with employer branding. But you don’t need to do all the legwork yourself.

Netflix frequently creates unscripted videos in which employees talk about some aspect of the employer brand. One such series that Amir’s team produced is called “Netflix Culture Explained.” Each video features real employees discussing some aspect of the culture memo that people ask about the most.

Rather than simply explain that the company offers unlimited vacation, for example, Amir’s team got five employees around a table and filmed them talking about their own experiences with the policy and their opinions about it — including any downsides they see.

While many people assume that unlimited vacation may lead to employees taking less vacation time, the team happily debunk this myth in the video. And it’s this kind of honesty and transparency that is a cornerstone of Amir’s approach.

“I have a very firm rule that nothing I do is a lie,” he says. “What I wouldn’t want to happen is for someone to come into the company and feel like they’ve been deceived because of our efforts. If we’re not good at something, that’s our stance — here’s why we're not good at it and here’s what we’re going to do to be better. If you're just saying, ‘Look at us, we're great, we're amazing,’ it's going to feel like a sell.”

This transparency extends beyond things the company can directly control. Take Netflix’s “She Rules” video series, which shines a light on female employees from different backgrounds. In one video, an employee discusses her experience relocating from the Philippines to Singapore to join Netflix. She talks candidly about the challenges that came with this decision — making it even more powerful when she discusses why it was worth it.

“A lot of times, when you talk about relocation, it’s always about, ‘This city is so amazing, come live and work here,’” Amir says. “What often isn’t talked about is the sacrifice that you make when you have to travel or relocate from one country to another.”

By giving employees the freedom to talk openly about what they like about their jobs and any difficulties they face, you can create a more authentic, complete story about your company. While Netflix is known for high production value (they do make movies, after all), you can create similar content using just your smartphone.

“There are moments where you don't need to have a company message,” Amir says. “You can let employees speak on behalf of the company.”

3. Get other departments excited about employer branding and encourage them to pitch in

Whether you have a whole department to lean on or you’re a team of one, you can scale your efforts faster by getting other departments involved.

Amir describes his job as being a “thought partner” to Netflix’s regional hubs, particularly the recruitment and corporate communications teams. This starts with looking at recruiting data and figuring out what the priorities are, then creating projects that align with those priorities. Amir achieves this by holding a monthly sync meeting with both teams.

“[I say], okay, what do we want to solve for your region or for your team and how are we going to make that happen?” he explains. “We ideate together and then they’re the ones that execute the projects.”

By becoming a guiding influence and providing examples and inspiration, you can encourage other teams to get involved, without it feeling like too much effort.

“I think it’s important to provide all the tools and resources that they need,” Amir says. “But you want them to be just as passionate about employer branding as you are.”

4. Don’t be afraid to experiment and take risks, even if people say it’s not a good idea

Amir is passionate about experimenting and taking risks, especially if you want your employer brand to stand out. This can be as simple as taking something internal and making it public. Amir did this with an internal podcast called Inside Netflix.

“I was like, ‘Hey, why don't we make this external and make the focus more around recruiting?’” he recalls. “I socialized it with our corporate communications team and they were like, ‘Maybe you shouldn't do that. But if you want to take that bet, take it.’”

Retitled the WeAreNetflix, the podcast now features employees discussing the challenges and rewards of various roles the company is trying to hire for — and it’s immensely popular.

“As we're accruing recruiting data around employer branding, what we've noticed is this single-handedly has been the most influential thing that we've done all year,” Amir says.

Taking another risk, Amir and another member of his team hopped on LinkedIn last year promising to answer any burning questions about what it’s like to work at Netflix. The Q&A quickly became Netflix’s most commented-on post.

“We didn't ask for approvals, we didn't socialize our answers, we just started engaging with people,” Amir says. “We ended up getting more than eight different media coverage articles about this. This is the first time anything employer branding related generated earned media for us.”

Taking calculated risks and experimenting to see what works and what doesn’t will help you develop a playbook that will drive future success. You might not always succeed. But if you have ideas that you’re passionate about, sometimes you have to take a step into the unknown.

“Even if people say it's not a good idea, if you feel in your gut — if you really logically think it through and decide that's a risk you want to take — go for it,” Amir says.

5. Develop a personality for your company’s social media accounts and ensure it feels human

Amir’s final piece of advice is to build a unique personality for the social media accounts that you dedicate to employer branding. This will likely be different than the personality your company conveys on its main accounts.

Amir spent two hours brainstorming with the brand editorial and marketing teams and getting on the same page about the voice they wanted to convey. WeAreNetflix was born.

“I honestly think a lot of WeAreNetflix is just my personality mixed with the culture memo,” Amir laughs. “But it works, so great.”

Once you have your brand’s personality locked down, it’s time to roll it out across your various social media platforms. Your messaging may vary slightly from platform to platform, depending on what works for your company and where your audience hangs out, but the underlying voice should be consistent.

“I think every platform has nuances, but there's also a foundation that they're all linked together too, which is that personality,” Amir says.

Netflix’s journey to building its employer brand did not happen overnight, as Amir will be the first to admit.

“It’s a long journey and it even took us a while,” he says. “I would say you have to know who your company is before you can know who your employer branding is.”

If you have a firm grasp on your company’s value and culture, start experimenting with your employer brand and see where those experiments take you. Learn from your missteps, but don’t stop moving forward.

“I learned to get comfortable with failure where I was like, ‘Okay, I'm knocked down again but I'm going to get back up and keep trying and use that as a learning,’” Amir says. “Over time, we started seeing small wins here and there — and then bigger wins.”