When you look at Sarah Wagener’s career in recruiting and HR, it’s hard not to be impressed. She rose from a low-level IT recruiter to leadership positions at tech giants like Genentech and Facebook—and now leads talent at Pandora. All in all, total badass.

But as glamorous as her journey looks from afar, it hasn’t been an easy or linear one. It’s been full of challenges, lateral moves, and difficult decisions—an experience that’s probably familiar to most recruiters. To borrow Sheryl Sandberg’s metaphor, Sarah’s career path hasn’t been so much a ladder as it’s a been jungle gym.

Since her childhood growing up on Native American reservations (her father was a doctor with the Indian Health Service), Sarah has learned to trust her instincts. That trust has defined her career every step of the way, leading her from a confused college sophomore to the VP of Talent at Pandora.

At Talent Connect 2017, Sarah raised the curtain and gave the audience a peek at what it took to build a successful career in talent—and the five key lessons she learned along the way that any recruiter or HR professional can apply.

Lesson #1: Take risks and bet on yourself 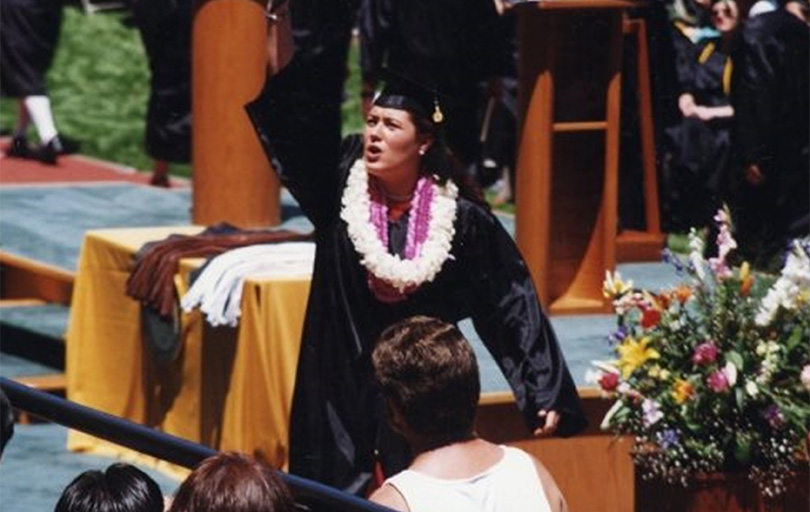 Sarah always thought she’d be a doctor, but when she realized how much time and money it would take—time and money she didn’t have—she had to reevaluate her entire life halfway through her sophomore year of college.

So, of course, despite knowing almost nothing about it, Sarah decided to get a degree in the lucrative field of... journalism. Her mom and dad weren’t exactly thrilled: “I don’t think they ever heard me say that world in my whole life,” Sarah says.

It was a huge risk, but her instincts led her to bet on herself, and they were right. She knew she could work twice as hard and graduate on time.

Recruiters and talent professionals take risks all the time: almost every decision involves some uncertainty—that’s just part of life. Sarah doesn’t just recommend taking risks: she says you should bet on your own performance. “When you’re making a bet, you always want to ask: ‘what can I control?’” said Sarah. “You can control you. If you’re going to make a bet on yourself, the odds are in your hands.”

Lesson #2. Differentiate yourself and cultivate close relationships with candidates 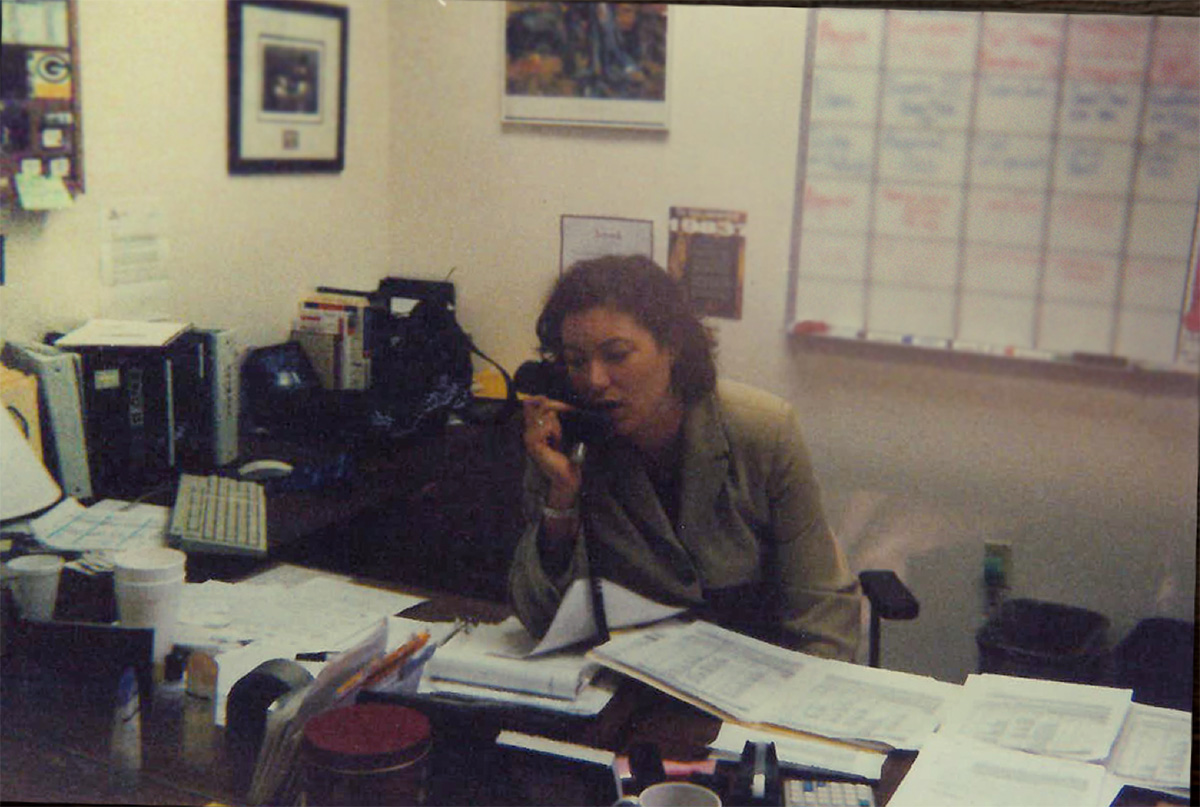 Sarah came out of college with a journalism degree and an emphasis in PR. She could have gotten a job at a PR firm, but something didn’t feel right. Her instincts told her to take a different path.

When her friend with a PR degree got a job as a recruiter and recommended it to Sarah, she jumped at the chance. She bought a new suit (all white, from Casual Corner), aced her interview, and came into her first day as an IT recruiter full of vim and vigor.

She soon had a sobering realization: she was just one of many, many new recruiters who had enough charisma to get hired. After training, they threw her in “the pit” with 40 others recruiters. “The word ‘pit’ never goes with anything positive,” Sarah says. “Arm pit, tar pit, snake pit, pit of despair… It was the perfect way to describe what I was going to walk into.”

She was given a phonebook-sized list of leads and positioned to compete against everyone else for the coveted promotion to account management.

“I’ve always felt like I was standing out from the pack, just by nature of who I am—tall, loud, charismatic,” Sarah says. “But now I had to stand out in a totally new way.” Sarah differentiated herself by being that recruiter who worked harder and stayed later than anyone else. And it wasn’t just effort: she also worked smarter.

Sarah wasn’t well-versed in IT, but that didn’t hold her back for long. She’d ask potential candidates to explain the basics to her—even if they weren’t interested in the job. “If you ask for help, people will give it to you,” said Sarah. Doing so consistently allowed her to become a subject matter expert who could talk shop in no time.

She also cultivated close relationships with almost every prospect. “I knew everything about everyone in my binder, so when a new opportunity came, it was a one-phone-call conversation. I instantly knew the right person for the job,” Sarah said. After just 10 months, she got the promotion to account management.

The lesson: work hard to separate yourself from the crowd—if you’re just keeping pace with everyone else, you’ll never have a competitive advantage.

Lesson #3: See what others can’t see—capitalize on opportunities that others ignore 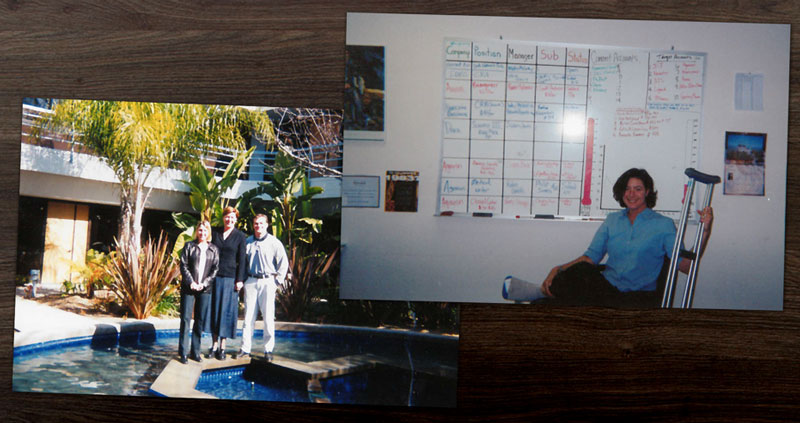 This was in the heat of the dotcom boom—everyone else wanted to be in IT—but as someone who loved science, Sarah’s instincts drove her to take the opportunity as the account manager for the scientific and clinical sector.

Once there, she thrived. To motivate her team, she promised them she’d dive into the fountain in the center of the company courtyard if they hit the contest quota by the end of 1999. They didn’t believe her, but in December she dove in—and ended up breaking her foot at the celebration party.

Even when the trends and data of the day seemed to point her towards tech, Sarah followed her instinct and saw what others couldn’t. As a recruiter, you should look for opportunities that others overlook—whether that’s building a strong "recruiter brand" or finding great gritty hires who might not have the perfect pedigree or experience.

Lesson #4: Push yourself outside of your comfort zone 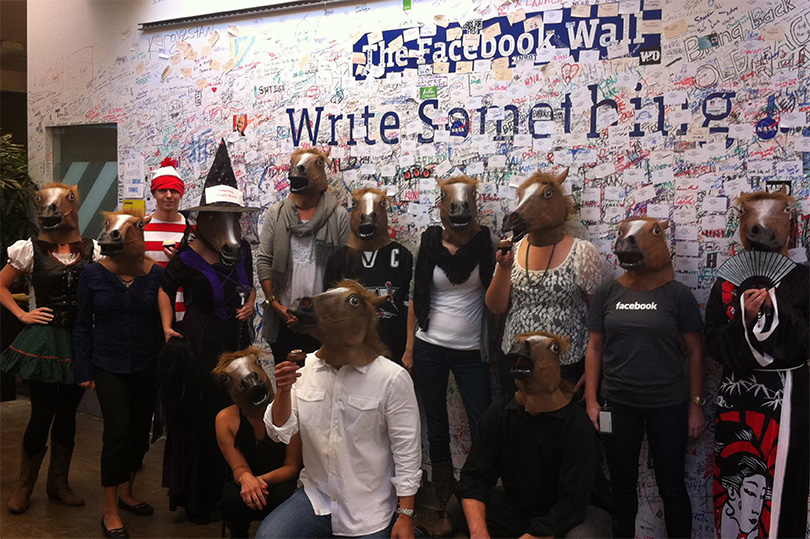 Sarah eventually moved on to Genentech, where she rose from senior recruiter to associate director to senior director of staffing over a decade-long tenure.

But after 10 years, she was starting to get restless. She knew she could land a job as a head of HR in a biotech firm, but her instincts told her that was too limiting. In 2011, with another tech boom blowing up, she followed an opportunity to work for Facebook.

Since her experience was limited to biotech, she couldn’t move up in seniority if she went to Facebook—she couldn’t even make a lateral move. She’d have to go a couple rungs lower and give up her director role to be a manager again. Others would have balked at the demotion, but Sarah trusted herself and entered a new industry.

After a few months, she confided to a friend that she was really struggling. The friend—a trusted member of Sarah’s “personal board of directors”—snapped her back into reality: “I don’t even know who I’m talking to,” the friend said. “You’re not a victim—when did you become this person?”

That was all it took for Sarah to stop feeling sorry for herself. She realized she had to embrace being outside her comfort zone (including donning one of those weird horse masks with her coworkers as a team-building show of camaraderie).

Venturing beyond your comfort zone is the fastest way to find your strengths, weaknesses, and priorities. As a recruiter—and as a professional in any field—you should never shrink from an uncomfortable opportunity: it’s the quickest path to career growth.

Lesson #5: If people think you’re crazy, you’re on to something good 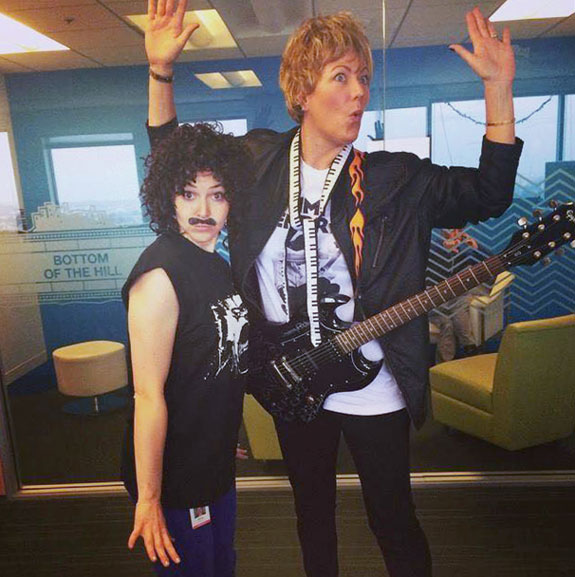 In 2013, after just a year and a half at Facebook, Sarah had an opportunity to move to Pandora. A lifelong lover of music, she was thrilled to follow her heart—and her instincts—and join a company that was so aligned to her passion.

When she told her colleagues at Facebook, they couldn’t believe it. One laughed in her face—they thought she was making a huge mistake to leave Facebook.

That’s how Sarah knew she was making the right decision. She didn’t get that far into her career by following the expectations of others—she had carved her own path and trusted herself from the very start.

And this was the best decision of her career: Sarah loves that she works at a company where she can truly be herself.

“You’re born with your instincts, and they’re shaped by your experience,” Sarah said. “Your instincts are your unique competitive advantage. What you do with them is up to you.”

Whether you’re starting at the bottom, considering a new opportunity, or sitting exactly where you want to be, all talent professionals can learn from Sarah’s experience. No matter where you are in your own career path, these lessons ultimately aren't about following her footsteps—they’re about following your own instincts and seeing where they take you.