A recent report from Deloitte found that 71% of companies view people analytics — the practice of collecting, cleaning, and interpreting data about employees to make better business decisions — as a high priority at their organization. Despite this, just 9% say they have a good understanding of the talent dimensions that drive performance, and only 8% say they have any usable data in the first place.

To help bridge the gap between interest and adoption, Josh Bersin, founder of Bersin, Deloitte Consulting LLP, recently partnered with LinkedIn Learning to create a crash course in people analytics. In an era when companies have more access to data than ever before, taking this data-driven approach can help companies unlock key insights into their workforce and hiring strategy that can lead to powerful change.

“People analytics,” Josh says, “allows organizations to understand the way they operate, improve productivity and performance, reduce turnover, and really make work better for people.” And now may be the perfect time to propose that your company follow the lead of other successful businesses and take on a project using people analytics.

Here are Josh’s tips to help you move forward with people analytics at your organization, to get key stakeholders on board, and to drive the benefits that analytics make possible.

Before you get started with analytics, make sure you have quality data

Josh points to the famous case of the Oakland A’s baseball team to demonstrate the value of people analytics. As Michael Lewis’s 2003 best-selling book Moneyball details, the team’s general manager Billy Beane couldn’t afford to bring in big-name, big-contract players, so he turned to the data to see what factors contributed most to success.

What he found was surprising. Two undervalued statistics — on-base percentage and slugging percentage — were actually the best measures of offensive success. Scouts were often looking at the wrong metrics and the wrong skills.

“That’s exactly what’s going on in your company,” Josh says. “How people are hired, who gets promoted, who gets the new job, who gets a raise, all those decisions are being made all the time at your company based on gut feel. Sometimes there’s data. Most of the time there’s not.”

People analytics gives you the opportunity to improve how crucial decisions at your company are made, and that can lead to better hires, fairer promotions, and more.

“The impact,” Josh says, “of a two or three or four or five percent improvement on those decisions is huge.”

But before you can start making those data-driven improvements, you need to have good data to work with. That requires an initial investment in building a high-quality database.

While you may have some data already, Josh cautions that a lot of it may be out of date, inaccurate, or incomplete — and using it for analysis can ultimately hurt your credibility, making it less likely that your leaders will invest in future projects.

“It’s really important to make a business case to your sponsors that we have to spend three months, six months, a year, whatever it is creating a reliable integrated database first, and then we can do all this analysis,” Josh says. “I have proven statistically through research that the companies that don’t do the core investment first oftentimes underperform later.”

Once you have clean, high-quality data to work with, Josh recommends going straight to your leaders, managers, or even the CEO and asking a simple question: What are the biggest issues we have at the company? Armed with their perspectives, you can devise a battle plan to study the problems and identify possible solutions.

“What my experience has shown is that the most successful people analytics teams start small and they start with a project that really drives value,” Josh says. “If you can do one project that’s well respected and well understood, your organization will come back to you and say, ‘That’s great. Why don’t you also look at this.’”

One example Josh gives of a small but wildly successful people analytics project involves a Canadian retail bank. The bank was struggling to combat theft at some of its branches, and no amount of training seemed to make a difference.

After the people analytics team got involved and dug into the data, an interesting pattern emerged: The biggest driver of theft was the distance between a branch and the district supervisor. The remote branches were visited less often and employees felt like no one was paying attention. This realization prompted the bank to change the rotation of managers so they could spend more time at these at-risk branches — an incredibly simple fix that had never occurred to anyone before.

To successfully lead a people analytics project, you’ll likely need to build an integrated, multidepartmental team, bringing together a lot of disparate data and knowledge to achieve a common goal. 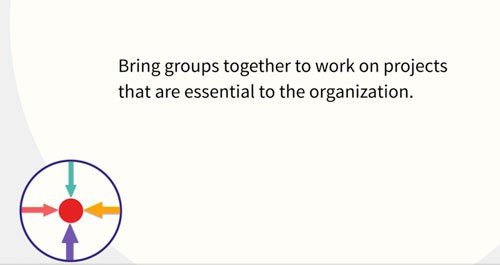 Even if you’re a small team, you’ll at least need someone who understands both the statistical side and how your company works, which will enable you to analyze the data in a meaningful way. As you prove the value of your people analytics function, bringing in someone who can help visualize and communicate the findings is a good idea.

“I’ve seen many presentations,” Josh says, “that might be easy for a mathematician to understand but don’t make any sense to a regular business person. There’s actually a significant amount of effort to take the information that you’ve captured, as obvious as it is to you, and put it in a form that people understand and know what to do about it.”

If you’re serious about people analytics, your tool belt will need Excel — and lots more

Even with the right people in place, you’ll struggle to get your projects off the ground without a little help from technology.

“You have to deal with tools,” Josh says. “You very rarely can do this alone with Excel, although Excel is probably the best tool you’ll ever find. You’re going to have to look for some core infrastructure that allows you to collect and analyze the data in the best possible way.”

“The first place to look is at your core human capital systems providers — your payroll provider, your core HRMS, your core learning platform, your core recruiting platform,” he says. “Those vendors should provide reasonably good (and, hopefully, very good) analytics tools to get the data you need and make sense of it.”

2. Use a statistical analysis tool

Next, you’ll need a statistical analysis tool. Excel works great for this, as does SPSS and SAS.

“You may not be the person who uses that tool,” Josh says. “There may be a statistician that uses it, but you’re going to need to have that type of technology.”

3. Use visualization or presentation tools

Consider adopting a visualization or presentation tool like Tableau, Sisense, or Zoho Analytics to help other people at the company understand the data.

“Nobody wants to look at a statistical analysis with a whole bunch of tables,” Josh says. “They want to see a chart, a graph, a heat map. If you find a good tool that you’re comfortable with, all of your analysis can go into that tool and you’ll build a library of successful projects that other people can learn from and that you can use over and over again with business managers.”

Once you have a firm grasp of people analytics, you may also want to look into more sophisticated, next-generation tools — like survey tools that automatically compute correlation or analyze the sentiment behind an employee’s written responses. Josh points to Glint as one specialized tool you can explore.

“I don’t think there’s any way to be in the analytics industry,” he says, “without constantly looking at the new tools that are being developed.”

Josh also has some ideas about what makes a worthwhile tool.

“You want to look at systems that are extensible, that are widely used (so the vendor doesn’t go out of business), [that make it] easy to import data and easy to visualize data,” he says. “But no tool will give you quality data. That’s still on you.”

So work with your IT department to make sure your data is current, accurate, and complete before you go shopping for tools.

Put ethics at the forefront — privacy, security, fairness, and purpose are vital considerations when handling data

Before you dive into your first people analytics project, it’s also crucial to consider the ethical implications of this work.

Even if you set out with noble intentions, employees won’t appreciate learning that you’ve been gathering data about them without their knowledge. That’s why it’s vital that you’re open and honest about the type of data you’re collecting, why you’re collecting it, and how you’re keeping it safe.

It’s also important to think about how to use your data fairly. For example, if your company hasn’t historically had a great track record of diversity, historical data may reflect long-held biases that you don’t want to repeat or perpetuate.

“If you start to use the data in your company to make predictive decisions based on the past, you are institutionalizing bias,” Josh says. He suggests you invest time in understanding what bias may be in your data, where it comes from, and how you can eliminate or at least reduce it.

Related: Keep Bias Out of Your AI Hiring Tools With These 3 Steps

Finally, there’s the issue of purpose. Under the EU’s General Data Protection Regulation (GDPR), you can’t collect data unless you have a stated business purpose for doing so. Violating this rule can result in a hefty fine.

Josh says you just can’t scrape data and then decide how you’re going to use it. “That’s actually kind of an unethical thing to do,” he says.

No matter where your company is located and whether GDPR rules apply to your company or not, a clear sense of purpose should be a cornerstone of every people analytics project you embark on. Without it, employees may lose trust in your company, hurting your employer brand.

People analytics is a fast-moving and exciting space and you won’t become an expert overnight. Josh emphasizes that the best people analytics practitioners are avid learners who are constantly upskilling. But if you put in the work, the results can be incredible — both for your company and for your own career.

“What success will look like,” Josh says, “is that you are going to start to understand things about your company that other people don’t know. You will become a trusted advisor that people will come back to more frequently with new ideas. And you will actually start to develop a perspective on the organizational performance of your company that other people don’t have. That to me is success.”

For more insights into the power of people analytics, take the free People Analytics course on LinkedIn Learning today.